IBI Group is among the early adopters exploring how the Holodeck VR platform can help AEC professionals with design presentation and development.


Editor’s note: Click here to read Part 1 of this article.

Because their projects are typically so large, AEC professionals and customers stand to realize a scale-related benefit from the immersive nature of virtual reality (VR) visualizations over tangible models, 2D drawings, and renderings. “It’s very hard for those people to understand what a 50-foot ceiling is going to feel like when they’re in that space, and VR provides a way of getting that realism,” said David Weinstein, NVIDIA’s director of professional virtual reality, during a webinar last month.

To make Holodeck suitable for AEC users’ workflows, however, NVIDIA had to develop two fundamental tools that were missing from the platform: scale models and the ability to move between elevations within a model. These were both addressed in the updated version of Holodeck released at the end of summer; now users can examine a tabletop-sized model with the Holotable functionality, making certain levels or materials transparent for easier viewing, or place themselves inside a full-scale version of the design. Users can also place “beacons” (navigation markers) at points of interest within the model, and can “teleport” (move instantly) to locations throughout a building model to compare the view from various floors, for example.

An AEC Advantage in Action

Two employees of IBI Group — Matt Clementson, design technology portfolio manager of Visualization Services, and Matthew DiLallo, a virtual and augmented realities specialist — discussed their company’s experiences as early adopters of Holodeck. IBI Group is a multidisciplinary design and technology firm focused on the built environment. “We have people spread around the globe, often working on the same projects within different time zones and different countries. Any tool that facilitates easy collaboration is of interest to us, and that’s one of the reasons we got involved with Holodeck very early on,” said Clementson.

DiLallo explained that IBI Group is currently using VR for presentations and for design development: “VR is such an effective communication tool when it comes to presenting designs in an HMD [head-mounted display] for presentation to clients, to directors, or even to team members.” If a picture is worth a thousand words, he continued, “an interactive VR experience is worth a thousand renderings.”

For design development, IBI wanted assurance that the tool would be flexible, could be incorporated throughout all the stages of a project, and wouldn’t disrupt existing workflows. “People are often hesitant to adopt new technology, and we want a tool that is actually going to be easy to use, and engaging, and people are going to actually have fun using,” said DiLallo. “With the full-body avatars and the interactive nature of even the tool sets, and even just the ability to point at specific areas of interest, it’s a really engaging environment to work in.”

Clementson explained that IBI Group’s workflows are based in Autodesk Revit, but also incorporate other building information modeling (BIM) tools, plus Autodesk 3D Studio Max and Chaos Group’s V-Ray. Regarding the export process, Clementson said, “From a Revit file to Holodeck, you can pretty much do that in about five to ten minutes, so it’s very non-disruptive to our current workflows.”

While discussing a model, users can interact via verbal dialogue and physical gestures, take measurements, draw directly on the model surface, and even pick up drawings and move them around the design. “The annotations — these concepts, these drawings that we are adding in — are actually scaling to the perspective in which we’re looking at it,” DiLallo said. 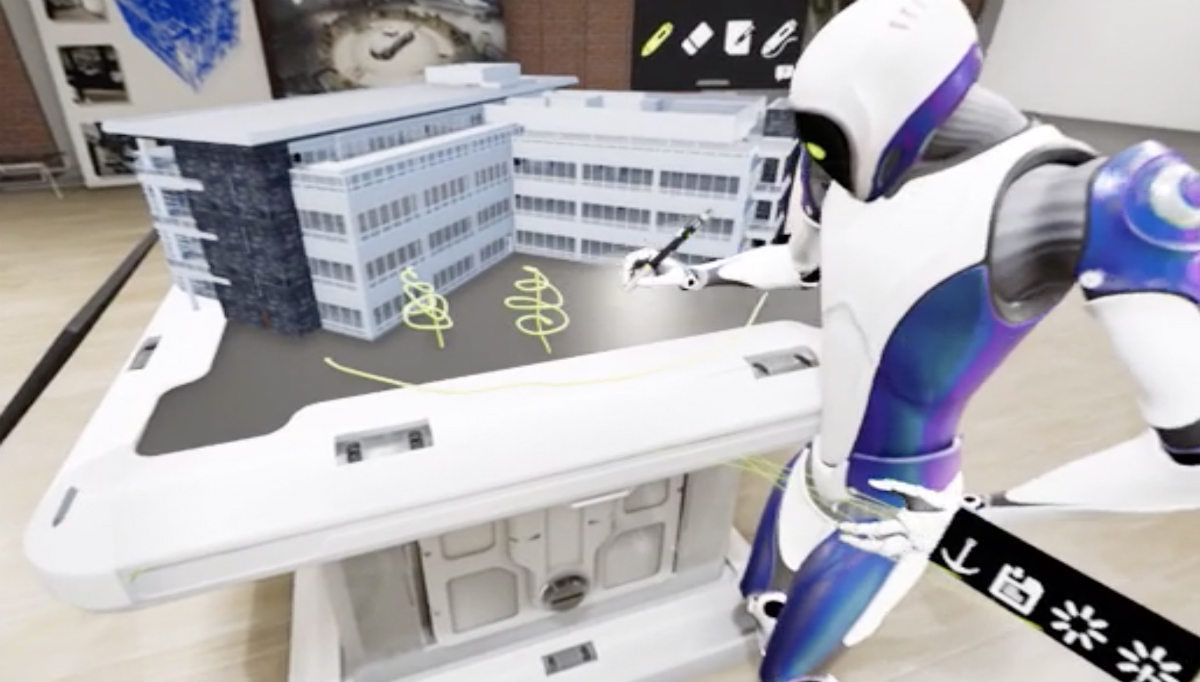 A member of the IBI team demonstrates using drawing tools on a Holotable model.

DiLallo demonstrated importing objects to rapidly prototype a scene. “As we bring objects in, you have the same sort of ability as you would in any sort of 3D application to use the transform tools, scale tools, rotation tools,” he noted. Clementson explained that users can capture 2D and 360-degree images to document the VR session: “[It’s] a great way of recording your design explorations.”

IBI chose to create component libraries of materials so users could have swatches available in front of them for easy application to a scene. “This is a very easy way for our designers to work,” Clementson said. 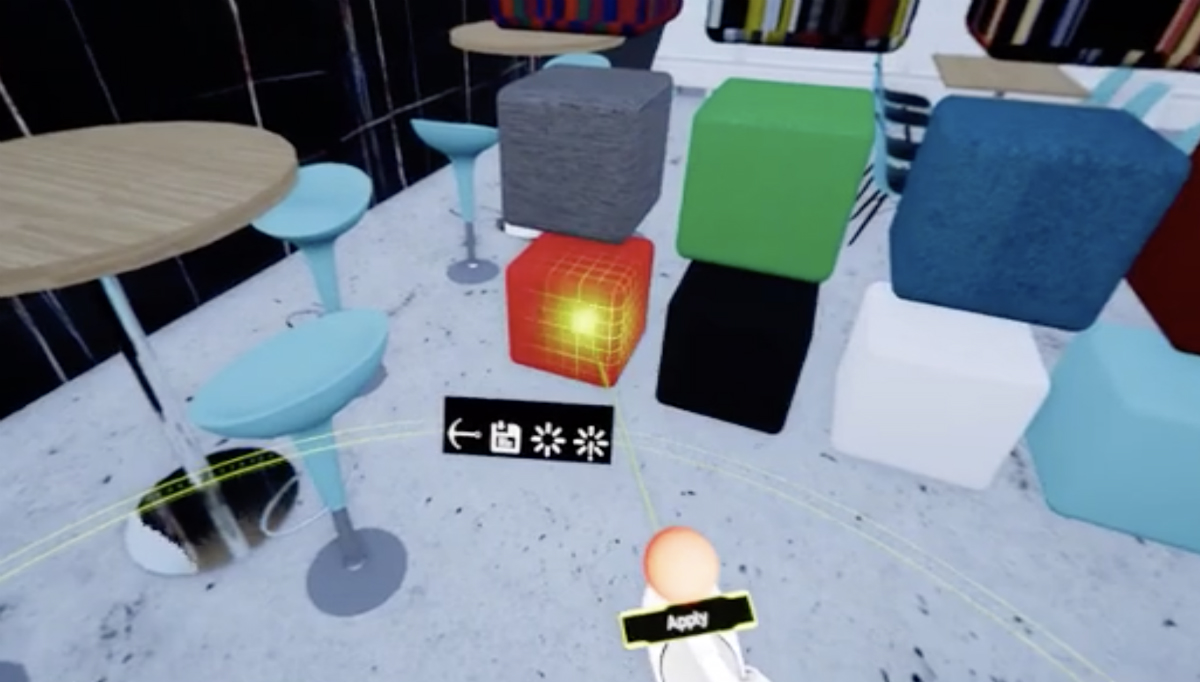 While working inside a full-scale building model, IBI team members can call up a customized bank of material swatches and apply them to objects in the room.


Updates for All Users

Other Holodeck updates released earlier this year include: