With a launch price of $1,899, the new Radeon Pro VII workstation graphics card is positioned as a more-affordable option for professionals working in design simulation, broadcast and visual media, and the development of HPC applications.


AMD announced the Radeon Pro VII workstation graphics processing unit (GPU) last week, challenging NVIDIA’s Quadro RTX 5000 and Quadro GV100 — $2,299 and $8,999, respectively, when launched in 2018 — with its lower launch price of $1,899. “All of the main competitor cards ... are simply more expensive,” said Jamie Gwilliam, AMD senior market development manager, during a briefing on the new release. “This card has all the latest hardware on it, all the latest performance enhancements that really make the [independent software vendor] ISV software fly, but it’s at a [price] point that makes it available to everybody. It’s absolutely reducing the barrier of entry to these very complex workflows.” 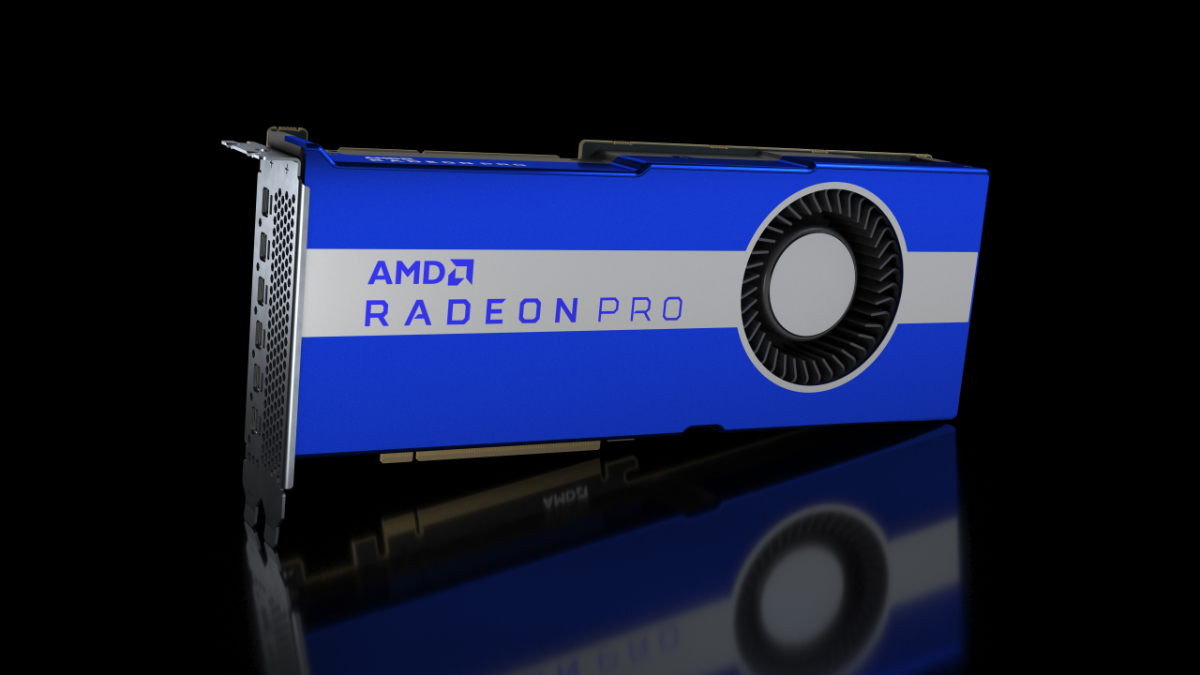 Unlike the Radeon VII, which is a gaming-focused GPU, the Radeon Pro VII is tailored for professional applications. The new GPU was designed “from the ground up” for three core application areas, Gwilliam explained: design simulation/computer-aided engineering (CAE); broadcast and media, including TV and film editing and post-processing; and high-performance computing (HPC)/machine learning workload development.

“We see a huge amount of interest from academia ... the schools that are teaching the engineers of the future ... right up to the expert, enterprise-level product designers ... design teams who are working with extremely complex design simulations, and those design simulations are only getting more and more complex,” Gwilliam said. “Those cards [from NVIDIA] are simply out of the price range of many users, but budget-friendliness is absolutely critical to these users.”

Gwilliam noted that increasing simulation complexity is causing problems for users who aren’t equipped with GPUs suited to the task: “With each increase in size and complexity of the design simulations, the simulation interactivity is starting to reduce.” An additional factor in demand on the GPU is that many of these users are working with multiple monitors running off a single card.

Outfitting the Simulation Boom — and Beyond

“People want to remove product defects right at the earliest stages, before any prototypes are made,” Gwilliam observed — a goal that’s creating “simulation bottlenecks” in industries as varied as consumer products, heavy machinery and materials, aerospace, transport, defense, and automotive. “We’re seeing that end users are increasing [the] design validation stage; they’re spending more time, and investing more into the R&D stages, right at the beginning of the early design stages, whether it’s a consumer product or an automated vehicle,” Gwilliam continued. “Because of that, we’re seeing an explosion of data; we’re seeing an explosion of the analysis of the materials, or what they often refer to as virtual testing. ... from our point of view, simulation is strong, and it’s absolutely growing.”

Although the Radeon Pro VII is aimed squarely at simulation applications, its price makes it more broadly applicable in the product development arena, in AMD’s perspective. “Because it’s a professional card, and because of the price point of this card, we see it being used not just for simulation, but in a standard manufacturing workflow,” Gwilliam explained. “So because of that, we’ve made sure that the Radeon Pro VII carries all of the professional ecosystem features and software that everybody’s come to expect from Radeon Pro, such as untethered VR support.”

Key features for the Radeon Pro VII GPU include the following:

A complete list of specs is available on the AMD site.

AMD also released updates for AMD Radeon ProRender, a physically based rendering engine that enables accelerated rendering on any GPU, any CPU, and any OS. The updates include new plug-ins for SideFX Houdini and Unreal Engine, and updated plug-ins for Autodesk Maya and Blender.