Dovetailing nicely with the growing access to real-time rendering is virtual reality (VR), another emerging application in CAD. In some corners of the design world, VR is becoming the default for design reviews, especially for customers and clients in spaces where high-fidelity physical prototyping is exorbitant. But for such usage — assessing the subtle details of a virtual prototype for modifications and eventually, signoff — conventional 3D raster graphics won’t cut it. The virtual prototype has to be rendered at a quality that’s as close to photorealistic as possible — something only ray tracing can deliver. And that’s where the roadblock has historically been: Ray tracing is a must, but for VR, so is real-time performance, resulting in a contradictory combination that had been out of reach, at least for anything remotely mainstream.

But again, that’s where the emergence of VR synergistically bootstraps with advancements in rendering. The aforementioned performance improvement in GPU-based ray tracing courtesy of RTX-generation GPUs has most notably closed the gap. And in conjunction with its rise in capability and accessibility, VR is increasingly turning from a nicety to a checkmark item in design, manufacturing, architecture, and construction. For much more on VR — and its close cousin, augmented reality — as well as its accelerating adoption in CAD industries, check out this three-part series: "Virtual Reality and Augmented Reality for CAD." 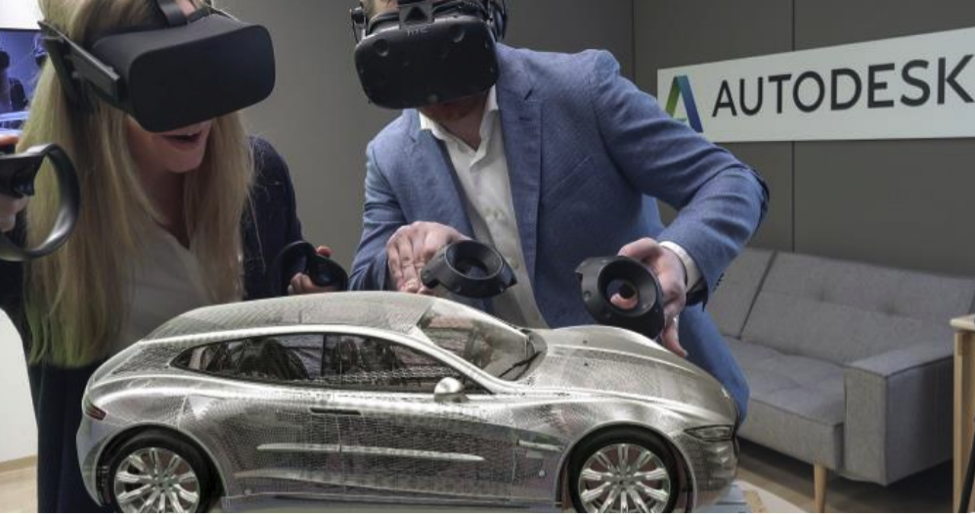 Recognizing compelling uses of VR across its user base, Autodesk is responding with products like VRED. Image source: Autodesk.

As a leading ISV in design and manufacturing software, Autodesk has responded to emerging demand with VRED for multi-user collaboration. VRED allows reviewers to participate no matter whether they’re on campus or on the other side of the globe. To get a usable level of VR interactivity with full global illumination at HD resolution, the company got started on GPU rendering with the CUDA- and RTX-accelerated OptiX ray-tracing engine. VRED supports both high-end CAVE environments (immersive render walls or rooms) as well as the now-familiar head-mounted displays (HMDs). For the former, VRED leverages multiple GPUs through screen division, allocating one GPU per region. (It’s worth noting that this technique does allow for some parallelism, though not in particularly efficient fashion, as each GPU needs to do a fair amount of redundant computation.)

While CAVEs are nice for the few with pockets deep enough to afford them (or even just one at client-facing HQ), HMDs are far and away the appropriate VR vehicle for most. XRED’s OpenVR support provides compatibility with a range of HMDs, along with native optimizations for some of the more popular vendors like Oculus, Varjo, and XTAL. VRED harnesses several key Nvidia GPU features, including Multicast SLI and Variable Rate Shading. The former employs two physical GPUs, allocated one each to the left and right eye. The latter intelligently allocates more (or fewer) cycles to shading, depending on the visual impact of the object or area on the screen. For example, with foveated rendering, an HMD that can detect the eye’s view can help the renderer intentionally downgrade cycle count — and therefore quality — in areas peripheral to the user’s gaze while upgrading quality in the focus area.

A GPU per eye: VR’s stereo requirements allow for one of the most efficient uses of multiple GPUs. Image source: Nvidia.

When it comes to popular examples of digital prototyping with VR, things like cars and planes get a lot of attention. But the benefits are spread far more broadly, applying to any product where subtle aesthetics are important and creating physical prototypes is exorbitantly expensive. Architecture, engineering, and construction (AEC) applications surely fit that bill, and compelling usage examples abound.

Mortenson Construction is one firm that both studied and adopted VR to replace costly physical prototypes with quicker, cheaper digital alternatives in the virtual realm. Comparing the expenses of building a physical mock-up for a medical installation, comprising operating and exam rooms, intensive care unit, and supporting bathrooms, Mortenson found the process of creating virtual mock-ups through multiple iterations, reviews, and modifications saved the company around $450,000 in total. Particularly revealing in Mortenson’s analysis is that the bulk of the savings came not in the first build, but in the subsequent — and let’s be honest, always necessary — iterations post-review. Reworking the physical mock-up was only modestly less expensive than the original, making the virtual option’s essentially zero incremental costs truly shine. 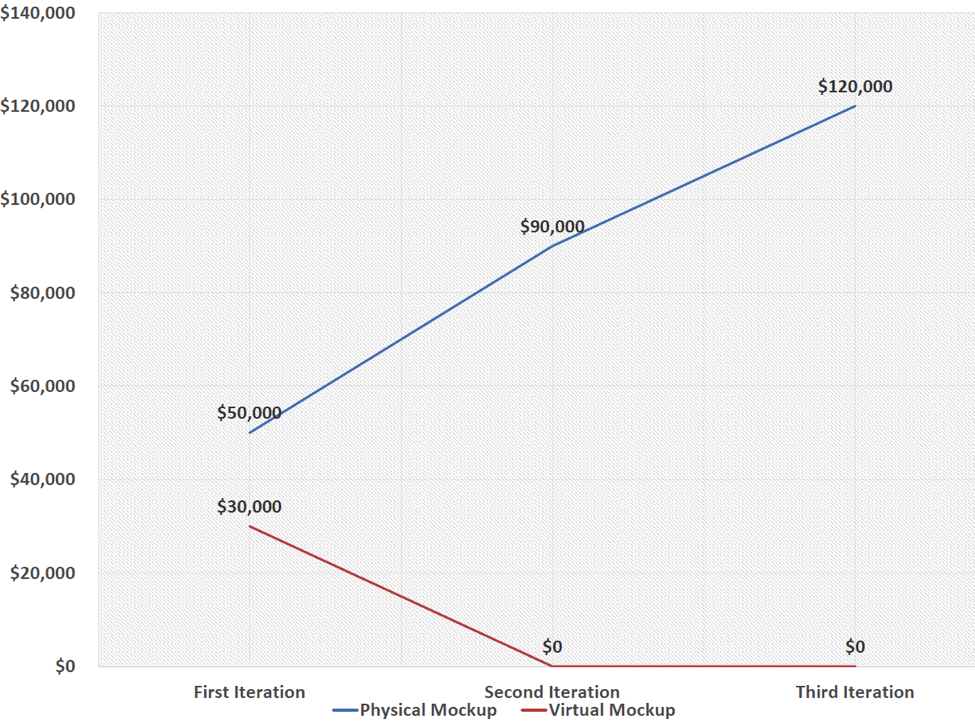