Herrera on Hardware: Once you’ve decided to integrate VR/AR into your workflow, it’s time to select hardware that can deliver convincing experiences.


Virtual reality (VR) — exploiting immersive computer-generated visuals to fool our senses into thinking we are experiencing something we're really not — has always had tremendous potential. For decades, the concept has conjured numerous compelling applications that promised to change the way we live and work. VR — and its sister application, augmented reality (AR) — have struggled to live up to that potential, however. They’ve been held back by challenges that had nothing to do with the concept and everything to do with the limitations of past implementations.

As we explored in the first part of this series, a compelling VR experience will suspend viewers' disbelief, creating imagery so detailed, smooth, and responsive that they don’t think about whether it's real or not. Early and immature mass-market VR products and technologies frequently fell short of that goal: Poor image resolution, limited detail, and inferior frame rates, compounded by an unnaturally slow response, made suspension of disbelief all but impossible. (Worse, that lack of a credible sensory experience left some users physically sick to boot.) Fortunately, the technology has come a long way since then.

In Part 1, we discussed the reasons why CAD professionals should consider the current iterations of VR technology, offering both a rationale and real-world examples. In Part 2, we’re going to focus on the hardware you’ll need if you plan to integrate VR into your CAD workflow, whether that means just dipping in a toe or diving in headfirst. (In lieu of any disclaimers to the contrary, the reader can assume commentary applies to AR as well as VR.)

VR’s Hardware Demands Are About More Than Performance

Configuring a workstation for disbelief-suspending VR is dependent on ensuring adequate performance across the system, particularly with respect to the graphics subsystem. Given the goal of creating as visually credible an experience as possible, the scenery needs to be extremely detailed, meaning there will be lots of polygons to process. But a heavy polygon load is just the tip of VR’s iceberg of computational demands — demands that tax both hardware performance and overall system complexity.

First off, the graphical workload is doubled, since the GPU needs to render not one but two scenes (one for each eye, with viewpoints shifted to approximated the distance between the eyes). Then there are issues to address in how head-mounted displays (HMDs) present images to the eye. The bad news, for example, is that HMD lenses will distort the incoming image. The good news is that the distortion occurs in a predictable way and can be compensated for by warping the final image prior to display, but doing so incurs another processing step and additional overhead. 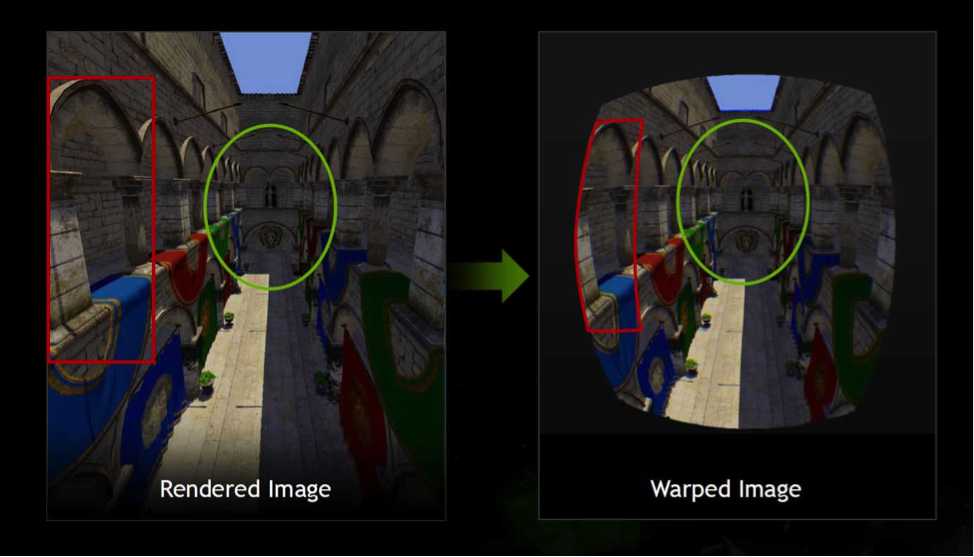 And then there are advanced features designed to contribute to both performance and fidelity/credibility, such as foveated rendering. Advanced software, combined with an HMD that can track eye focus, can let the GPU render at maximum resolution where the eyes are focused and intentionally reduce or even blur on the periphery. Foveated rendering can then yield significant performance improvements — by spending less time painting outside the eye’s focus — and deliver cues the visual system may expect to see on the periphery. 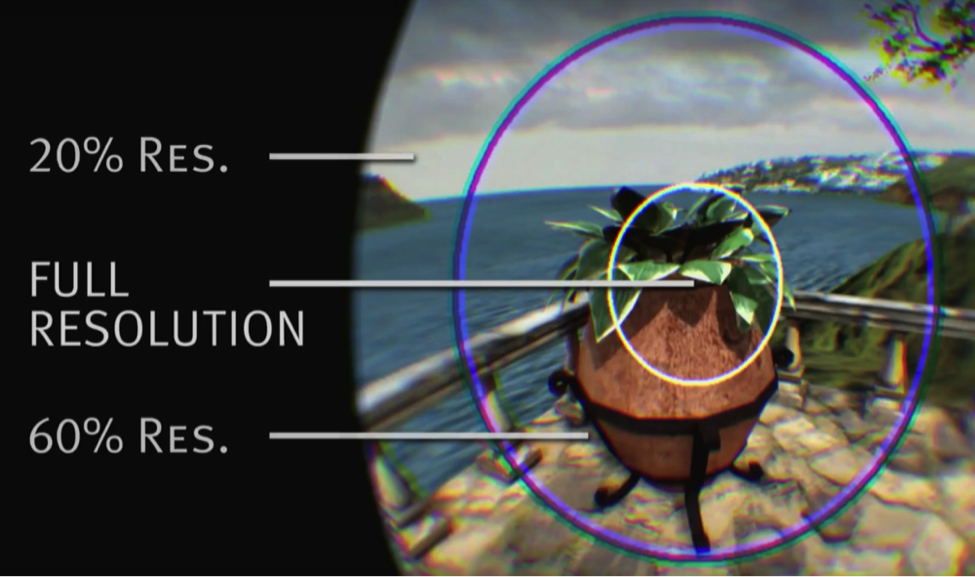 Finally, last but absolutely not least, there’s latency. Although it’s often overlooked when comparing performance metrics, latency is among the most critical in interactive visual computing applications, and paramount in immersive visual environments. Allow excessive latency to creep into the system, and the user will experience an awkward (and possibly nauseating) delay between the time they adjust their head (or eye) position and the time their eyes see the updated visuals. How short does that latency need to be? NVIDIA thinks 20 ms or less is the goal for “motion to photon” — scant time for all the processing that needs to be completed around that round-trip computing pipeline.

So yes, it’s more than fair to say VR is among the most demanding of visual computing workloads. As such, users can’t simply rely on any old hardware specs and expect a productive experience. If VR represents the next step for your CAD workflow, you’ll need to make sure your hardware tools are up to snuff.

Nobody — neither buyers nor sellers — wants to concern themselves with esoteric technical details and tradeoffs when choosing from myriad workstation component options. Toward that end, both workstation OEMs and GPU suppliers alike are providing buyers with some basic guidelines, setting general system requirements for VR as well as a recommended configuration adjusted for both the application and the user. Pioneering configuration guidelines was NVIDIA with its “VR Ready” logo, which designates a set of hardware specifications the company is confident will deliver a quality VR experience. VR Ready compliance mandates minimum hardware requirements for system CPUs, HMDs, system memory, and — most important for such a high-demand visual application — a graphics subsystem shaped specifically to deliver the best VR experience possible. AMD offers its own Radeon VR Ready logo to guide buyers, in its case referencing both the company’s GPUs and CPUs.

In addition to basic system requirements (such as 8 GB or better system memory and a DisplayPort 1.2 or Mini to HDMI 1.4 Type II Passive video interface/cabling), NVIDIA’s VR Ready provides buyers a clear menu of components suited for VR. Not surprisingly, the GPU options reflect the upper end of the Quadro GPU line across the three most recent generations (the RTX, P, and M series). For the most recent generation (RTX), that means a minimum outlay of around $1,000 for the GPU on a deskside system. (The P series and especially the M series are of course less pricey, but do you really want to invest dollars in products that are two generations old?)