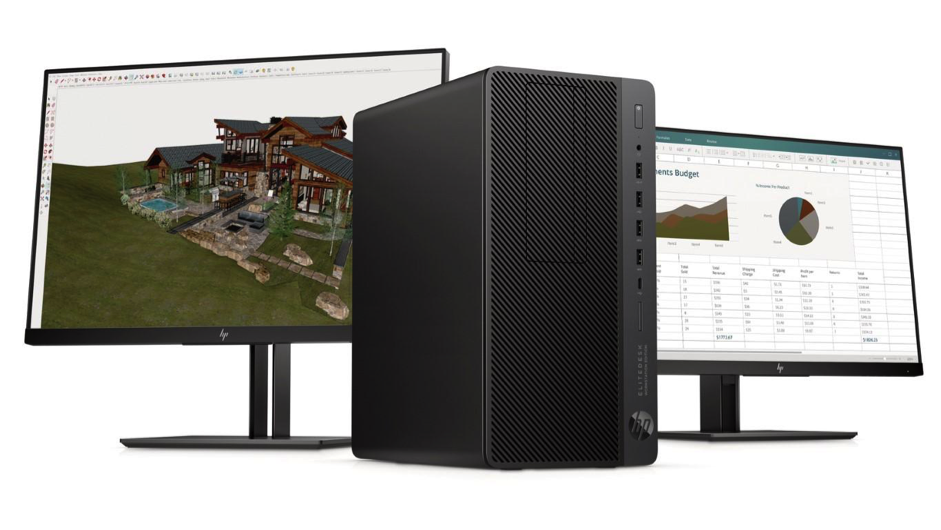 More recently NVIDIA, the dominant provider of professional GPUs to the workstation market, has made available a new Creator Ready driver for its PC-focused GeForce line of GPUs. NVIDIA’s collateral states that the Creator Ready driver “provides the optimal experience for Autodesk Arnold, Unreal Engine 4.22, REDCINE-X PRO, Adobe Lightroom, and Substance Designer by Adobe,” with examples of performance increases versus “the previous driver branch” with a GeForce RTX 2080: up to 13% in Blender Cycles, 9% in Adobe Photoshop CC, 9% in Adobe Premiere Pro CC, and 8% in CINEMA 4D.

For now, the Creator Ready driver seems focused on visual media production and not CAD. But there’s little doubt that if the business case is proven in SP/SMB digital media markets, it will be pushed in CAD as well — the market is comparable, if not larger, with an established history of PC use.

No coincidence, the driving force behind a new class of product like the Creator PC is precisely the same one that’s shaped the low end of today’s workstation market: the desire to bring professional-oriented features down in cost. But the workstation market had already responded to that demand by creating its own new sub-class of product, which I refer to as the Entry 1S workstation (1S indicating one CPU socket).

Introduced in 2009 with credit to HP and its Z200, the Entry 1S platform took the most popular workstation platform, based on a single CPU socket, and reduced the entry cost. Implemented in both mini-tower and small–form factor (SFF) chassis (in fact, the Z200’s introduction marked the birth of the SFF as well), Entry 1S models today streamline the build and components, but retain the most salient features that have always been exclusive to workstations, such as ISV certification, Xeon CPU options, professional-oriented GPUs (e.g., NVIDIA Quadro), and ECC memory. With that lower barrier to entry for professionals on tighter budgets, Entry 1S workstation models — today primarily including Dell’s Precision 3000, HP’s Z2, and Lenovo’s P300 lines — now account for half of all deskbound workstations sold (source: Jon Peddie Research).

More importantly, its success is based on precisely the same proposition that the Creator PC looks to pitch: Offer lower price points while promising incremental value to professionals. Perhaps the only difference is that the Entry 1S workstation was created by taking lower-end workstations and cost-reducing further, while the idea behind the Creator PC is to add capabilities to bring up a high-performance PC to better suit professional and prosumer desires. If so, are we talking about a second pursuit of the same fit-the-gap product — one that already exists?

And that all begs the ultimate question: Do Entry 1S workstations already adequately serve the spot in the market that Creator PC proponents are eyeing? Quite possibly. Starting prices for Entry 1S workstations are probably a lot lower than many SP/SMB architects, designers, and engineers may realize. For example, as of this writing in November 2019, a Dell Precision 3431 SFF started at $499, and a reasonably equipped (8-core Core i7 CPU, NVIDIA Quadro P620 GPU, 16 GB memory, and a solid-state drive) could be had for $1,100.

How much could a Creator PC possibly slice off that purchase price for a similar-quality system? And if it’s tens or even a couple hundred of dollars, how important is that in the context of all the other costs (salary, office, software, benefits, etc.) to employ an engineer, architect, or product designer — especially when doing so may come with compromises in reliability and performance?

How Will the Creator PC’s Prospects Shake Out?

If the Entry 1S system didn’t exist, a Creator PC could conceivably fit in without stepping on the workstation’s toes. But it does exist, and since its inception it has quickly come to dominate workstation unit volume. So there’s no doubt, should it generate traction, a Creator PC will cannibalize Entry 1S workstations, and vice versa, as the latter already serves the segments of the CAD and digital media markets that the former is targeting.

For the professional using PCs, it’s worth checking out what your budget can get you in an Entry 1S workstation model (including but not limited to HP’s Z2, Dell’s Precision 3000, and Lenovo’s P300 lines). You might be surprised how far PC-derived workstations have come from the exotic, proprietary, and expensive beasts of yore. Sure, you can create an über-powerful and capable workstation, but that’s far from the norm, where today the average selling price of a workstation is under $1,900 (and consider what that $1,100 gets you in that Dell Precision 3000 or other Entry 1S model).

Still not convinced in the value of a branded workstation over a PC, yet looking for something more? Then you might be in luck, because the way the landscape is looking, you may have some options to check out in this nascent breed of Creator PCs.