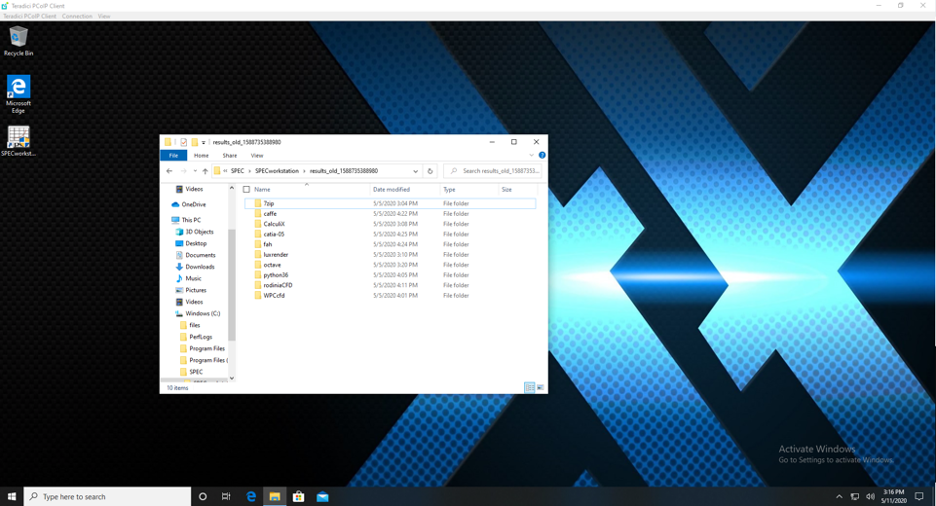 The PCoIP remote desktop: Dragging that Explorer window around quickly will exhibit noticeable-but-not-annoying lag … but is that really a scenario to worry about?

Given all that, I believe the majority of CAD professionals won’t care about a few intentionally rigged worst-case corner conditions, and will find the remote desktop responds and feels virtually no different than if it were produced by a local deskbound workstation. But what exactly was my latency that I’m judging to be quite acceptable? How does it measure up to what vendors like Teradici recommend? And how does it compare to what most users (at least in the US) would likely find with their default office or home connections?

As a general rule of thumb, Teradici and others like Citrix refer to 250 ms as a maximum usable RTT, though I’d add the disclaimer that 250 ms is a level that might be tolerated for infrequent, once-in-a-while use. Most users would find latency that high, however, far too excessive if aiming to replace their go-to, run-all-day traditional workstation. Rather, a generally agreed-upon number for extensive use is 100 ms or less.

What RTT did I experience in my experimentation that yielded what I deemed a generally comparable experience to a local machine? Using Teradici’s PCoIP Session Viewer, I could easily log in and analyze the network-specific performance metrics of a remote session. And with my connection — direct to home router and to a fast IP-over-cable connection to ISP — a 10-minute period showed roughly a 70-ms RTT with modest variance, with only occasional spikes to 90 ms or so.

Teradici’s tools provide easy monitoring of the latency your session is experiencing.

Looking more generally and broadly to forecast what most prospective users might see with remote connections in the US, we can look at average time-distances to Boxx Cloud Services’ two coastal datacenters (located in San Diego, California, and Charlotte, North Carolina). Given what AT&T makes public for traversing the WAN, for example, a client in Denver might have the longest latency to the closer of the two coastal datacenters, estimated to be roughly equal at around 27 ms to San Diego and around 30–33 ms to Charlotte. Given that, one could argue that for most in the continental US, two traversals of the WAN (i.e., a total not counting delays in endpoint LANs, endpoint machines, and monitor refresh intervals) would yield latency in the neighborhood of 60 ms, or less. Similarly, for its part, and throwing in typical LAN and service provider connections, Boxx offers a reasonable rule of thumb that the vast majority of users in the lower 48 should be within 50 ms of a Boxx Cloud Services datacenter — and as a result, are likely to experience a RTT of 100 ms or less. 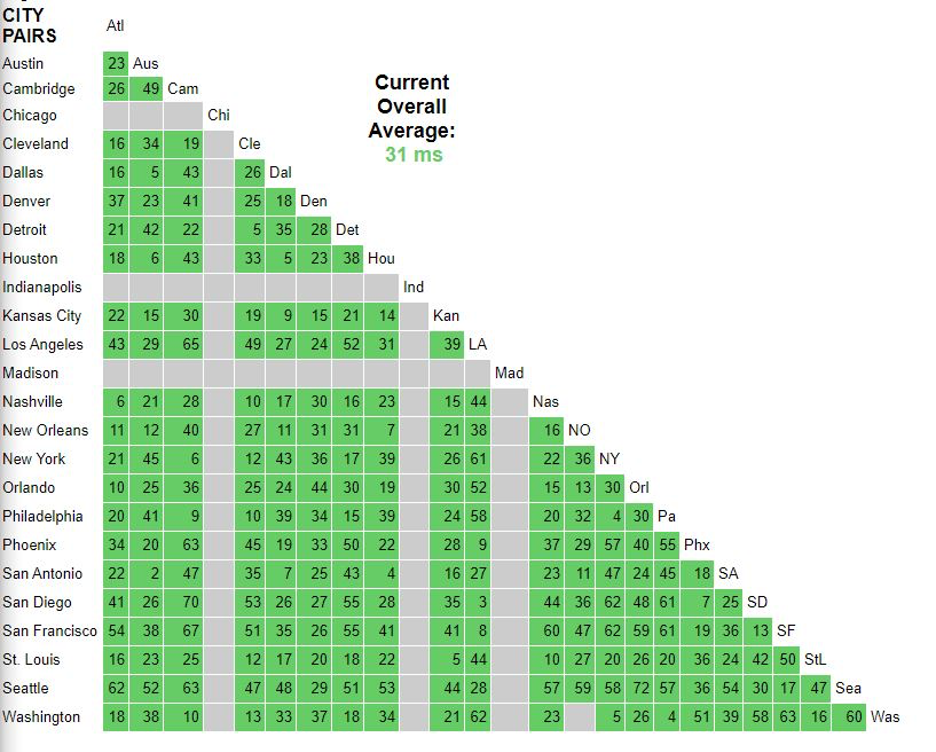 An example snapshot of the AT&T network’s latency between US urban centers. Image source: AT&T.

Add that all up, and should you want to consider a remote computing solution like Boxx Cloud Services, it’s pretty unlikely that excessive latency will be a stumbling block. And it’s easy enough to predict or even measure the milliseconds of latency in your specific environment to flag the unlikely case where it would be a problem. But fortunately, to ultimately take the plunge, you won’t have to rely only on numbers and measures. If some simple testing indicates your network is probably good enough — again, the likely case — and everything else about the prospect of remote computing appeals, then that’s good enough to experiment with a proof of concept (POC) deployment. With staff running with real models and real workflows, you’ll get to evaluate the ultimate metric — the subjective one — that both response time and image quality are up to snuff in the home and office cases you most care about.

Moving to a Remote Workstation Topology Is Worth Considering

Remote workstation solutions have become broad, mature, and reliable. The reason they are is the same reason they are worth keeping abreast of: A remote workstation solution’s strengths address precisely the IT issues that businesses — especially those in CAD-relevant spaces — are struggling with the most: scattered workforces, 24/7 anywhere/anytime access, IP security, and more. And for most, the cost comparison — by multiplying monthly rental expense times the number of months in use, relative to the amortized life of the same deskside machine purchased outright — is neither particularly relevant nor important. For one, when adding in electricity (to both power the machine and provide incremental cooling to the environment), support and service labor, the total cost of ownership (TCO) of a workstation will dwarf the purchase price. And two, a CFO will tell you that the dollars allocated to capital expenditures and those spent on operating expenditures are usually not equal.

My big-picture conclusion from this exercise? While it wouldn’t be accurate to conclude that remote workstation technology — available from vendors like Boxx Cloud Services and Teradici, along with several other respected and reliable names — is a must-have requirement, I’d argue that it’s time for all those with a vested interest in high-performance, workstation-caliber computing now judge a remotely-accessed, centralized solution a must-consider proposition moving forward.