Dell has announced changes to its Precision mobile and desktop workstation offerings, including what the company describes as the “biggest updates to [its] mobile workstation portfolio since ... 2013.” These changes include updates of existing models and the addition of some all-new ones to the collection.

Tom Tobul, Dell’s vice-president of Commercial Specialty Products, noted in a launch briefing that users such as engineers, designers, creators, and scientific researchers require “the power of a fixed device, but often in remote locations.” To that end, Dell is “bringing forward a brand-new, ground-up redesign of our mobile workstation portfolio. These devices match the power and performance of traditional desktop workstations, but in sleek, compact designs that users would be able to take anywhere with them,” he continued. 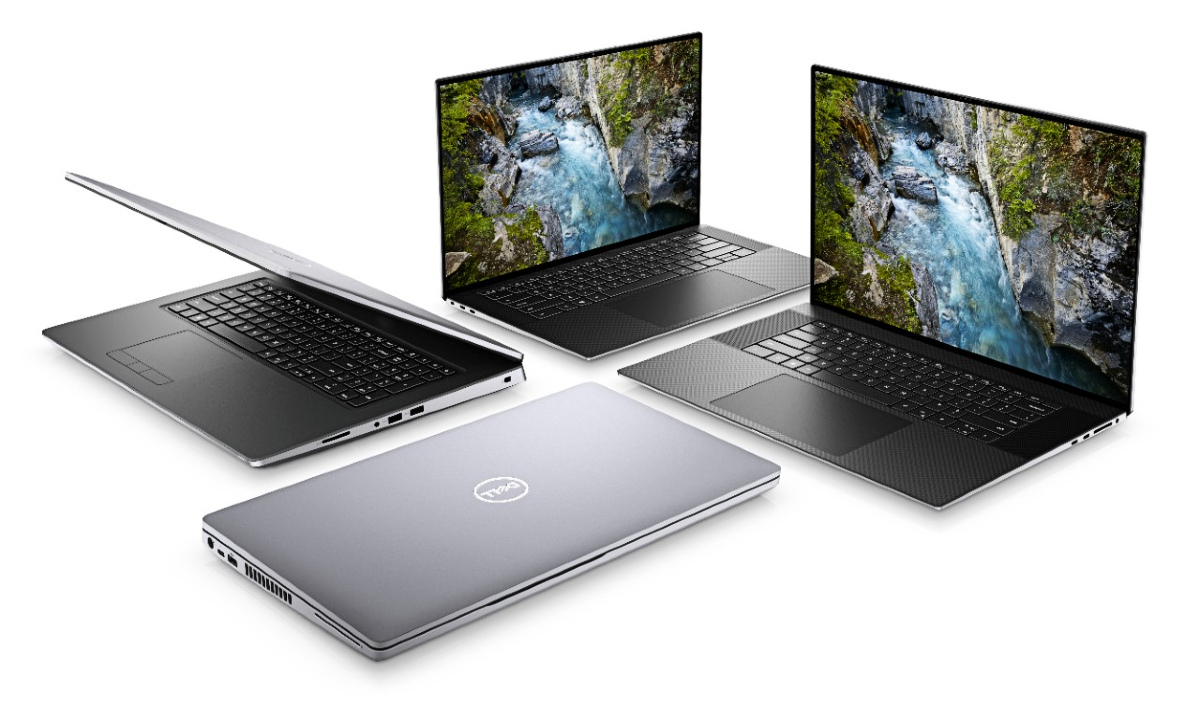 The new Precision mobile workstation lineup includes models of interest to design and engineering professionals with a range of budgetary and processing requirements, organized into three tiers: the 3000, 5000, and 7000 series.

The new Dell Precision 3550 (starting price: $1,049) and 3551 (starting price: $939) mobile workstations follow in the footsteps of the 3540 and 3541, respectively. The 3000 series is aimed at budget-conscious users with less-intensive graphic needs, such as 2D CAD or entry-level creative applications. These two models are available now.

The midrange 5000 series includes the smallest and thinnest of Dell’s mobile workstations. The new 15-inch 5550 (starting price: $1,999) is the result of a “complete redesign” of the 5540, and offers a smaller footprint than its predecessor; it starts at 4.06 lbs. The 17-inch Precision 5750 (starting price: $2,399) is a new model; it starts at 4.7 lbs. “The two combined produce the smallest mobile workstation portfolio in the world,” Tobul declared.

“Think about workflows where you set your job up and either hit Enter or hit Start and then walk away, and your system requires sustained peak performance out of either the CPU or the GPU: The new 7 series was engineered specifically for those types of workflows,” said Tobul. Appropriate computing applications include VR/AR, artificial intelligence (AI), complex 3D CAD, creative editing, and data science.

Although mobile workstations are a convenient form factor that enables users to conduct their compute tasks in more locations than towers can, their small, tightly packed enclosures have a serious disadvantage when it comes to heat. Dell has developed design solutions to address two thermal challenges posed by the new mobile workstations: more heat generated during operation, because of high-performance CPU/GPU concurrency and higher-wattage graphics power, and less space inside the enclosures for that heat to dissipate, thanks to some smaller footprints. These solutions include dual opposite outlet (DOO) fans, thinner vapor chambers in the place of some heat pipes, Gore technology insulation layers, graphite spreaders and copper materials, in addition to software-based thermal management solutions. 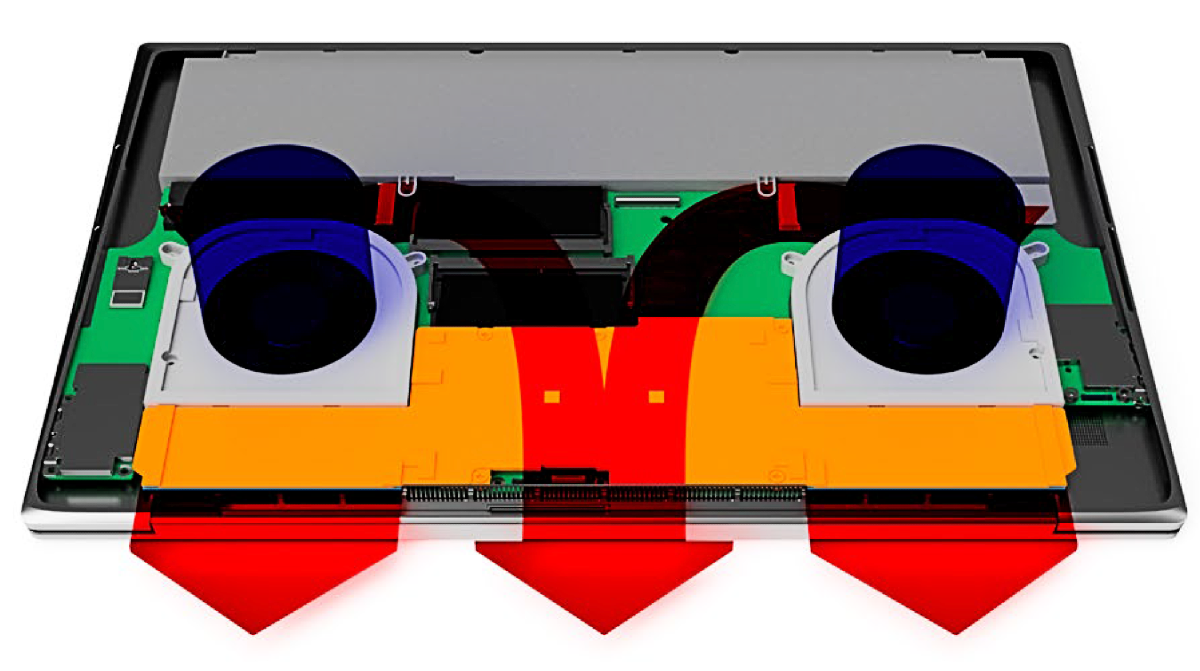 This airflow diagram of the Dell Precision 5750 visualizes how the dual opposite outlet (DOO) fans move hot air away from interior components. Image source: Dell.

“For users relying on high-end applications, improved thermal design can reduce the time it takes to complete rigorous tasks such video rendering, CAD, and more,” according to Dell.

For users who don’t need to take their computing power with them, Dell also announced new entry-level tower models, including:

The ultra-small form factor (USFF) Precision 3240 Compact, which is just 2.3 liters in volume. This space-saving model will become available in September of this year. “This is a fixed device that is VR-ready out of the box and will support up to seven 4K displays,” Tobul noted. It can be outfitted with an NVIDIA Quadro RTX 3000 card. Pricing has not been announced. 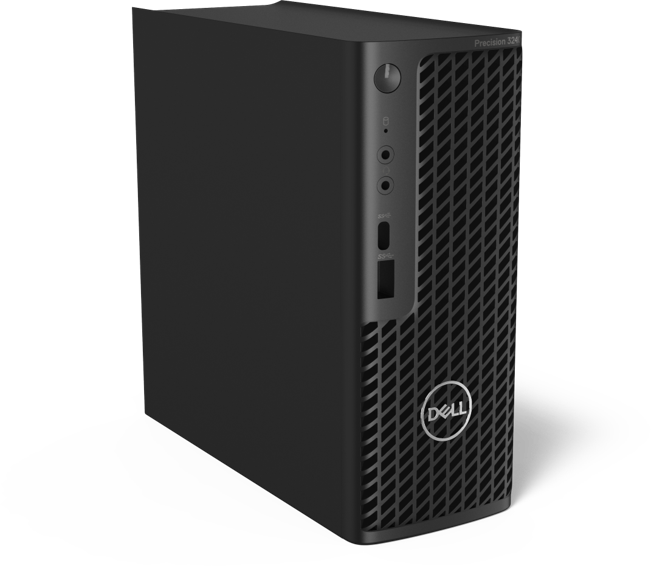 At 2.3 liters in volume, the Precision 3240 is a space-saving tower workstation. Image source: Dell.