Based on AMD’s new workstation-specific Threadripper PRO processor, the ThinkStation P620 is a high-core-count, single-socket platform that promises performance for multithreaded and lightly threaded workloads alike. 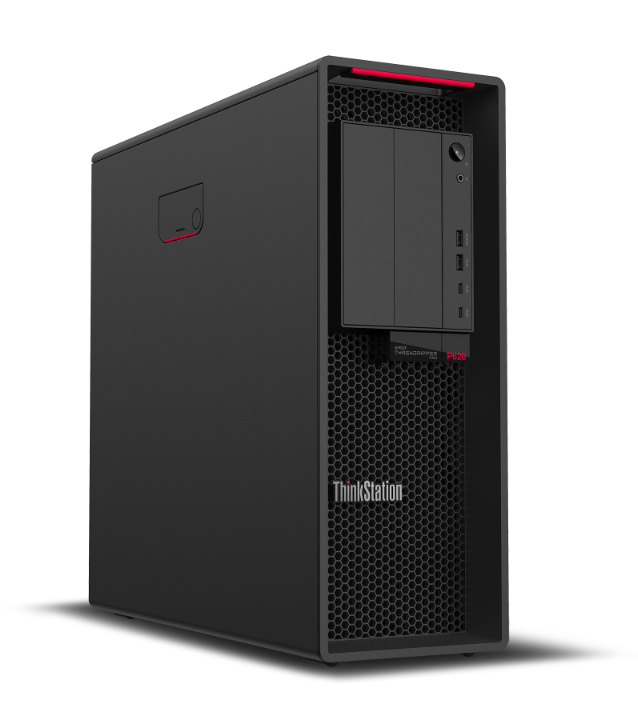 This week, Lenovo launched its ThinkStation P620 tower workstation, the first — and for the time being, the only — professional workstation powered by AMD’s new Ryzen Threadripper PRO processor. The new machine targets architecture and engineering professionals, those working in artificial intelligence and virtual reality, and 3D artists and game developers — a demanding lot when it comes to computing power, and growing more so all the time. “These industries are changing, they’re getting more complex, projects are getting bigger,” said Jennifer Ramsay, worldwide desktop workstation product manager at Lenovo, during a press briefing.

Lenovo asserts that the new single-socket (i.e., accommodating a single CPU) workstation supports smooth interactivity with 3D assets and real-time 8K streaming, and speeds tasks such as rendering, simulation solving, and assembly rebuilds — and possibly offers a particular advantage over dual-socket models. “Putting one CPU instead of two in it, compared to a two-socket system you should see a very noticeable price difference,” said Ramsay.

Ramsay explained that Lenovo and AMD had partnered for this project to address demand from companies intrigued by the consumer-oriented Threadripper options on the market: “Our customers really wanted to see what this technology could do.” The sticking point was that their IT staffs weren’t comfortable implementing computers that lacked workstation-level design and components. These customers require enterprise-class management, reliability, and stability features, Ramsay said; “that’s why they use workstations and not consumer products.” With the P620, “they’re very excited to have something they can actually manage and secure,” she said.

The new Ryzen Threadripper PRO processor lineup is specifically designed for professional workstations from OEMs and system integrators. (In contrast, the non-PRO Threadripper processor range, now in its third generation, is available for direct purchase by consumers.)

Ramsay made it clear that the ThinkStation P620 is not replacing any existing models in Lenovo’s lineup, but rather adding a seventh desktop model to the P Series family and providing an additional option for customers who want higher core counts than what were already available from the P Series.

Threadripper PRO offers up to 64 cores, and clock speeds as fast as 4.0 GHz (base frequency, up to 4.3 GHz boost). “This is going to be the first 64-core professional CPU ... it outperforms two of the best the competition has to offer,” said Andy Parma, MNC Workstation CPU segment director at AMD.

The Ryzen Threadripper PRO processor is available with:

“Not only are there more lanes on that memory highway, but they also run faster,” said Parma. Having this very high-performance memory “is going to really accelerate” workloads such as automotive design and crash simulation, he predicted. “Whatever a customer can throw at this processor ... we really believe that AMD Threadripper Pro is the best processor ever designed for professional workstations.” 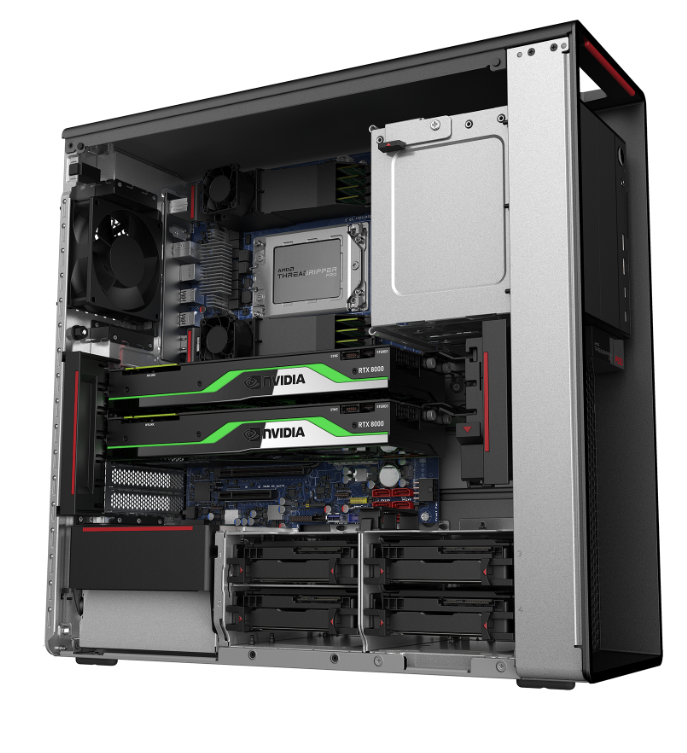 Components of an Enterprise-Focused Package

By incorporating the Threadripper PRO, the ThinkStation P620 is able to accommodate multi-threaded workloads in a single-socket platform “rivaling competing dual-socket solutions,” according to Lenovo. But of course, there’s more to a workstation than the processor. The ThinkStation P620 also features:

“All these things combined are what makes this a professional workstation,” Ramsay concluded.

The Lenovo ThinkStation P620 will become available starting in September 2020, and will ship late that month or in early October. The starting price will be $4,599 for a configuration including the AMD Threadripper Pro W3945W.

“This will be the only workstation in our main portfolio that will ship with Windows 10 pro — the non-workstation version,” clarified Ramsay, who noted that the operating system (OS) choice provides some cost savings, and may change in the future. “I don’t think there’s any features in the workstation version that we’re going to miss in this particular version,” she said. A Linux Ubuntu preload option will also be available.

According to Banta, after an exclusivity period beginning with the launch of the P620, AMD will make the Threadripper PRO available to other OEMs.