CAD Manager Column: You want to equip your CAD users with the right hardware to help them do their best work. Your boss wants to spend as little as possible. What are the minimum requirements that will address everyone’s needs?


Every time I update my workstation recommendations, I find the same two things are still true: Users want more and management wants to pay less. Same as it ever was, right? But some other factors have changed, and with more of us working from home now, the question of “What is the best (or minimum) workstation for CAD?” has become tougher to answer.

In this edition of the CAD Manager’s Newsletter, I’ll update my minimum recommendations for the current landscape, and explain how I arrived at them in a way that your boss and IT department can easily understand. I’ll start the discussion assuming a desktop machine, and then provide some guidance on laptops to wrap things up. Here goes.

The first thing to consider for most CAD programs (think AutoCAD, BricsCAD, Civil 3D, Revit, SolidWorks, etc.) is that processor selection is about frequency (clock rate) more than anything else. CAD applications tend to mainly run on a primary core, so it is still better to have fewer, faster cores than more, slower cores. We are starting to see the early stages of multi-core support in CAD tools, but nothing that calls for radical changes in processor selection yet — especially since most high-frequency processors have six or more cores anyway.

Finally, only processors with high amounts of cache and hyper-threading (Intel’s simultaneous multithreading) should be considered — and this rules out Intel i5 processors. What is left are the highest-frequency Intel i7 and Intel i9 processors, with the latter being preferred.

Intel Core i9-99xx series processors provide great base (3.1- to 4.0-GHz) and boost (5-GHz) frequencies, and are available in a wide variety of machines (even some gaming laptops), but they are slightly more expensive. To save a little money, you could step down to the Intel Core i7-10850H which comes in at 2.7-GHz base and 5.1-GHz boost frequencies.

Minimum purchasing recommendation: An Intel i7 107XX series processor with 6 cores would be considered the absolute minimum at this time, but Intel i9 99XX series processors — which provide 8 cores running at higher base and boost frequencies — get my vote for minimum if possible. These processors are faster (for higher productivity right now) and more capable of handling complex workloads (for updated software later). And if you’re going to buy a workstation to last you for 3 years or more, doesn’t it make sense to buy something that has the latest technology today?

Senior management note: Processor selection is the one thing you can’t upgrade later, so don’t go cheap on your processor — get the higher-speed Intel i9. 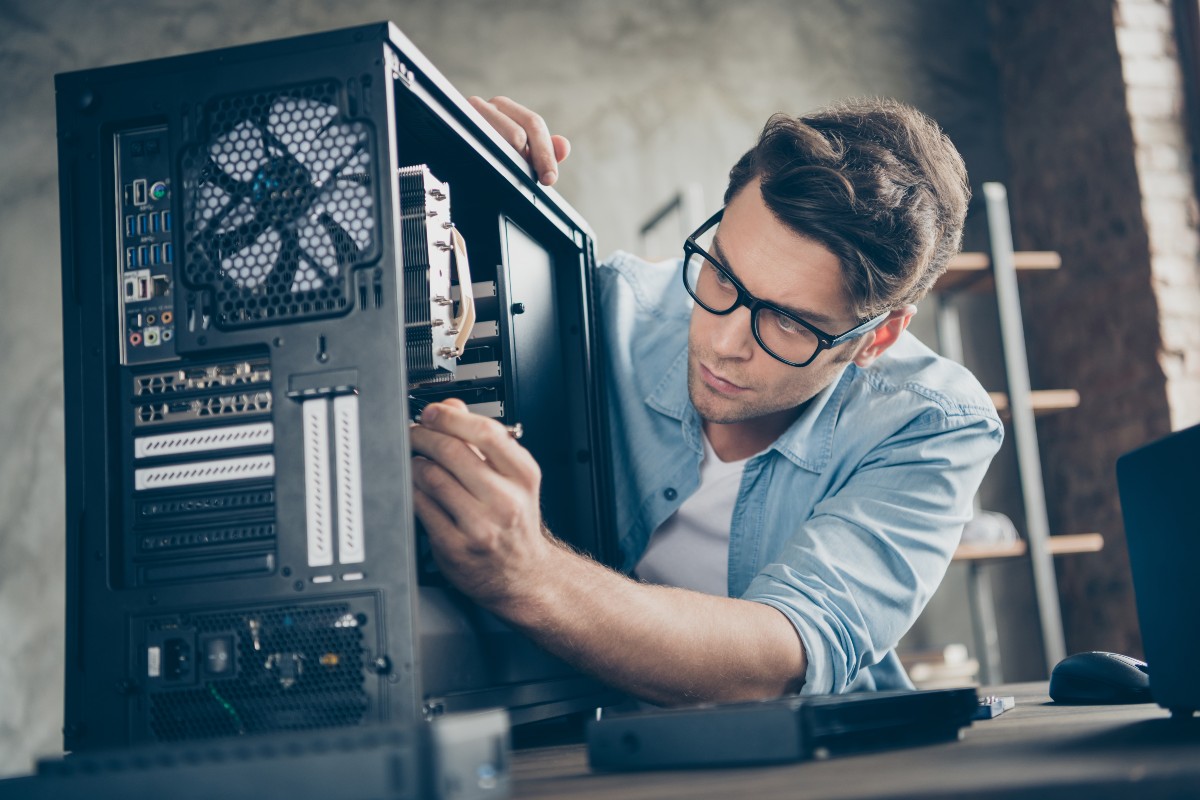 Having a fast processor is only part of the performance equation, because all the other systems in the workstation help the processor operate at its maximum speed. And given the huge model files CAD software produces, it stands to reason that harmonizing your processor with the right RAM and SSD systems can you get the absolute best performance from your workstation. Consider the following:

RAM (memory). If the processor doesn’t have adequate RAM, then it must go back and forth to the system disk to work with data. The data channel speed from the processor to the RAM is optimized to feed the processor at maximum speed, whereas the disk speed can be substantially slower. Therefore, the RAM you install should be the highest speed the processor supports, and all available RAM slots should be populated with consistently sized RAM modules.

Solid-state drives (SSDs). Of course, the processor and RAM must load all the operating system, CAD software, and CAD data from somewhere, and that somewhere is the SSD. The fastest available technologies now are NVMe-based SSDs that can read/write data at roughly 3,500/3,200 MB/sec, while older SATA SSDs can only provide read/write speeds of 550/500 MB/sec throughput.

Minimum purchasing recommendations: As a practical minimum for CAD, buy 32 GB of the fastest RAM your workstation will support. Buy a 1-TB NVMe-based SSD as the boot disk so the operating system, all software, and current project files are loaded from a fast SSD — secondary storage used for less-frequent access can use cheaper SATA drives. These peripherals will squeeze every bit of power out of your processor for the entire life of the workstation.

Upgrade recommendations: Bump the RAM up to 64 GB for high-end power users, and consider the latest NVMe drives like the Samsung 980 PRO that approach read/write speeds of 7,000/5,000 MB/sec. Finally, installing multiple SSDs in a RAID configuration can also spread the load across two drives, which speeds things up even further.

Senior management note: Buying the RAM and SSD systems specified will give you awesome performance for years to come, without having to replace any components or spending IT time on upgrades. I urge you not to skimp on RAM and SSD components — instead, buy the right components now and be done with it for the life of the machine.

Which GPU (often referred to as a graphics card) to purchase is always a subject of debate and marketing spin, but the good news is it doesn’t have to be complicated. Here are some general guidelines you need to be aware of as you decide on which GPU to specify:

Minimum purchasing recommendations: Buy the GPU that meets — but doesn’t exceed — the most aggressive software applications you run now. A 6-GB GPU, like an NVIDIA GeForce 2060 series, is a great value for the money. And should software needs change, you can upgrade the GPU to a new model (unlike processors).

Senior management note: If you need to cut costs on new workstations, the GPU is one place to do it, because general CAD/BIM users don’t need a super-expensive GPU. The RAM and SSD specifications are far more important than GPUs, so do not even think about buying an expensive GPU without getting the minimum 32 GB of RAM and 1-TB SSD recommended above.

But What About Laptops?

The pandemic-driven work-from-home situation has resulted in more of us using laptops as our CAD workstation. So what should we specify for a minimum laptop workstation?

It turns out that a laptop for CAD should be configured just like a desktop workstation for CAD. Of course, a similarly equipped laptop will cost more than its desktop kin, but the performance will be just as good. There are a few caveats I’d like to mention:

Upgrade recommendations: Step up to 64 GB of RAM; add a high-capacity second SSD; highest-rated graphics available for the machine.

Senior management note: Laptops for CAD should be viewed as a high-performance workstation, not a cheap way to check email. If your CAD users are home-based, they need a powerful machine — don’t hamper them with a cheap laptop.

I’ve seen way too many expensive engineers and architects waste countless hours working on old, slow workstations that simply aren’t up to running today’s CAD applications. I’ve also seen too many companies buy new workstations that are functionally obsolete from the start. In both cases I always ask the question, “Why is it OK to waste a $90,000-a-year engineer’s time to save $2,000 on a workstation?” Ask this question repeatedly if anyone argues with your CAD workstation specifications, and watch the game change.

Now that you know what you should be buying, the technical reasons for doing so, and how to explain it to your boss and IT department, go get your new CAD workstations! Until next time.

For more on CAD workstations and other related hardware, go to Cadalyst's CAD Workstation Resource Center.