StarVR, HTC, and WorldViz were among the many companies using SIGGRAPH 2018 to showcase their advancements in headset and development platform technologies.


SIGGRAPH 2018 featured a wide array of virtual and augmented reality (VR and AR) technologies, including several notable developments for professional users. Click here to read the first part of this article.

The Front Lines of Headset Tech

One takes a wide view. StarVR, a company dedicated exclusively to commercial customers, announced the second generation of its VR headsets during SIGGRAPH. The StarVR One is designed with a wider field of view than many headsets in the market, in attempt to come close to the natural field of human vision, explained CTO Emmanuel Marquez. Whereas consumer models often have a field of view measuring 110 degrees square, StarVR’s are 210 degrees wide by 130 tall. 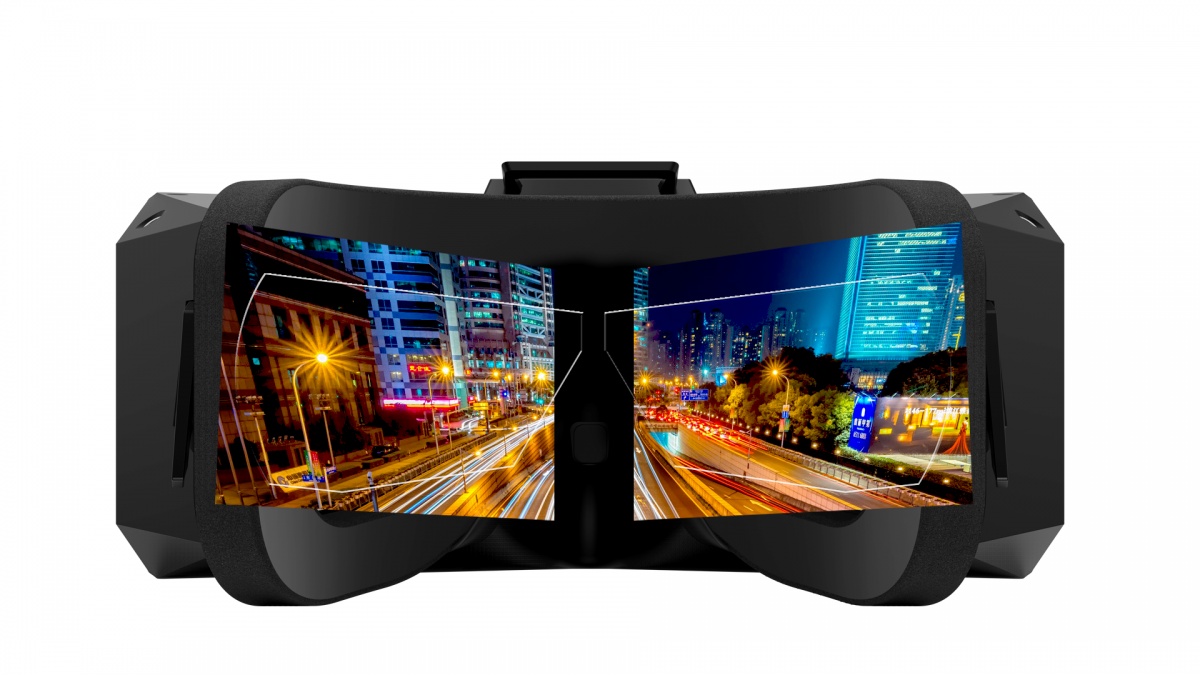 “Field of view is a very challenging problem we have been facing,” Marquez noted. The company turned to custom Fresnel lenses and custom AMOLED displays, with full RGB output per pixel, to address the challenge. StarVR is “not talking about resolution” at this time, but has provided the figure of 16 million subpixels (a red, green, or blue element of a pixel) for the headset.

StarVR also focused on weight reduction, and incorporated a single-dial adjustment mechanism for the headset. “We want our headset to replace the monitor on a daily basis,” Marquez said. “Comfort is very important if you want VR to become a tool for everyday [use].”

The Tobii eye-tracking system in the headsets uses automatic interpupillary distance (IPD) measurement to determine the space between the left and right pupils. (Although the eye-tracking technology is not currently compatible with eyeglasses, StarVR is working on a solution to accommodate them in the future.)

Autodesk’s VRED Professional, a product visualization and virtual prototyping application for automotive designers and engineers, has been optimized for the StarVR One. In a release, Detlev Reicheneder, director of design and manufacturing marketing for Autodesk, said, “A critical barrier for VR technology adoption is the limited availability of visual quality and range of headsets. StarVR One enables our joint customers to explore new evaluation methods, make good decisions early, and reduce time overall.”

HTC Vive cuts the cord. HTC demonstrated the VIVE Focus standalone VR headset and the VIVE Wave platform, which are not yet offered outside of China but will reportedly be available in North America soon. Unlike most headsets, the Focus is not tethered to a workstation or power supply with cords; it incorporates its own processor and rechargeable battery pack. As a result, the user is “free to wander” without running up against a limiting tug like a dog reaching the end of its leash — making for a more immersive experience and “true VR freedom,” according to the company. Twin cameras that face outward from the front of the headset provide the unit with information about the wearer’s orientation and movement. I found the Focus to be heavier than other headsets I have tried, but having no restrictions on head movement felt very natural. (It also drove home the importance of only using VR equipment in a safe environment!)

VIVE Wave is an open VR platform and toolset for standalone and mobile VR devices. It’s designed to enable developers to create content for multiple hardware vendors that will be consistent across multiple devices. VIVE Wave works with the VIVEPORT VR app store for “seamless” publishing of created content, according to the company.

WorldViz is another company pursuing ways to create consistent VR experiences in a highly fragmented, rapidly changing hardware landscape. Andrew Beall, CEO and CTO of WorldViz, observed that the market is now providing more hardware appropriate for professional uses — for example, “StarVR headsets are now at a quality level for the customers we have,” he commented. However, managing a menagerie of components including displays, motion capture systems, eye trackers, and haptic feedback devices cohesively is still an uncertain and complicated endeavor, especially when they all come from different providers.

That’s where Vizard, WorldViz’s VR development platform, comes in. Right before SIGGRAPH, WorldViz launched Vizard 6, which supports more than 150 types of display types, sensors, and other devices, explained Beall. These include all Windows Mixed Reality headsets and peripherals such as Manus VR gloves and Tobii eye-tracking hardware.

Vizard supports these devices through the fully integrated VizConnect software tool, which enables users to connect devices and check their status through a visual interface. In addition to interconnecting multiple sensors and trackers from different manufacturers, VizConnect can also serve as an access point to the data from those sensors.

Vizard also supports the GL Transmission Format (glTF), which minimizes the size of 3D assets and makes it faster to transmit them between applications. This reportedly simplifies workflows that move 3D assets from applications including Revit, SOLIDWORKS, Maya, Blender, SketchUp, and Modo. With glTF, Beall said, users can move models from these applications directly into Vizard. The format also enables users to access more than 150,000 models in the Sketchfab library of 3D content for web, mobile, AR, and VR applications.

Because Vizard is based on the Python programming language, Beall explained, it enables rapid application development. “In many ways, we are a VR script tool,” he said, noting that users can make “little tweaks” without great programming knowledge. “It’s almost like a MATLAB for VR,” Beall continued, referring to the engineering- and science-focused programming language from MathWorks.