Burrows, a division of global advertising agency Young & Rubicam, maintains its own CGI studio with locations in London and Detroit. Focused primarily on product visualization, Burrows CGI creates photorealistic stills and animations for clients such as Ford and British automaker McLaren. These marketing assets are used in applications ranging from print ads and web-based configurators to television commercials and point-of-sale media. 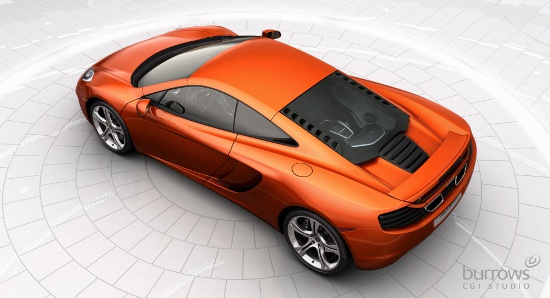 
To create these images and sequences, Burrows CGI uses Autodesk 3ds Max and Maya for 3D animation, and the Foundry’s Nuke and Adobe After Effects for compositing. To process the CAD data files supplied by clients — which may be 100 GB or more — and their own artistic renderings, Burrows adopted Deadline, a render farm–management solution from Thinkbox Software.

According to Burrows Technical Director Mike Owen, the studio's choice of software was based on several factors, including the infrastructure required to implement the program. "Deadline doesn’t rely on a central computer manager application attached to a database that has to be running all the time to control all of the machines; it just needs a basic, central file server," he said. "With a reasonable system and connectivity, aside from buying Deadline itself, there's really nothing else needed."

Because 3ds Max is the studio's primary 3D animation software, Burrows CGI evaluated product integration carefully. "When Deadline receives a frame of animation to process, it keeps the application open and renders on it without having to continually relaunch," said Owen. "The one-and-a-half minutes it takes to load Max every time in some other solutions really eats into your render time."

Finding a solution with a simple user interface was also a high priority for Burrows CGI, Owen noted. "Our artists access and monitor their own jobs directly. We don't need a dedicated wrangler; Deadline is a self-service solution, and artists find it really easy to use. The color-coding is great: You see red or brown, that’s bad. Green? Good. We just put global rules in place at an administration level so no one can affect anything beyond their own files."

The Need for Speed

Because the high-resolution files it works with are so large, Burrows CGI frequently has need for Deadline's tile-rendering capabilities. "We work with [images of 40,000–50,000 pixels] all the time. With Deadline we can break up those large images and process each on a different render node; it's a lot quicker than sitting on one machine for three days. Deadline supports a wide range of file formats — multichannel images, 32-bit EXR with lots of channels for effects — and reassembles all of the tiles into a final image flawlessly." 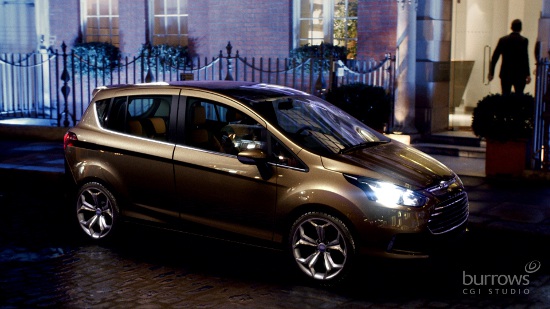 File sizes for the automotive renderings, such as this image of a Ford Focus, commonly reach 50,000 pixels.

With 35 permanent artists on staff, plus up to five freelance artists at any one time, Burrows CGI now has render nodes that number in the hundreds. Its Deadline-managed render farm also supports other Burrows departments, including the web interactive team, which uses its Deadline access to process Flash files.

"We installed Deadline on machines around the company to support cross-department work," Owen explained. "We don’t even call it a render farm any more — it's really a big, distributed processing unit. Anything [we] need to do fast can be split up and given to lots of machines."

Looking Down the Road

Burrows CGI recently upgraded to version 5.0 of Deadline, which introduced new capabilities to the studio. Owen noted, "Auto-configuration is really useful in configuring groups of machines to take certain settings — it works whether you have two nodes or 2,000. If those machines get rebuilt, they come back online to Deadline, get picked up, and are automatically configured to the correct settings."

The studio has also applied Deadline's new event plug-in system to an automatic Nuke dailies system. "We can set certain job types, such as Nuke, to create a QuickTime daily to a review server. As a Nuke job finishes, a 'completed' event is triggered, which initiates the dependent QuickTime job into the queue." 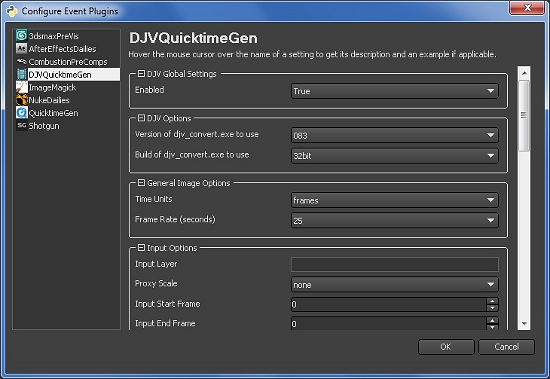 
Burrows CGI recently completed a project for the launch of the new Ford Focus, and the studio was the sole CG provider for the launch of McLaren's MP4-12C supercar. As the company continues to expand the size, scope, and volume of jobs it handles, it anticipates using Deadline 5.0 to outsource render jobs to external providers.

"We can set up a VPN tunnel between our studio and a third-party render farm; [we can] send jobs out and control how they render," said Owen. "We’re doing some fancy scripting. The API [application programming interface] that the Thinkbox guys have written in Python makes it really easy to customize, and they’re working with us, letting us know what will work before we spend time developing."

Owen continued, "We look at Deadline as one of our biggest successes in efforts to automate our workflow and become more scalable and extensible."