While 3D visualizations have become commonplace on big-budget transportation and land development projects, industry professionals continue to find new applications for the technology, which is continually gaining more functionality while becoming more affordable. No longer limited to niche experts working on megaprojects, visualizations are increasingly being developed by a wide range of professionals on projects of all sizes. The results are being viewed interactively in new formats, and often help answer questions from skeptical members of the public.

The city of Meriden, Connecticut, has seen the benefits of 3D visualizations firsthand while transforming a 14-acre city-owned brownfield into a downtown park. When completed in late 2015, the Meriden HUB will provide public green space, flood storage, and redevelopment in a formerly industrial area. To help educate the public about what the $14-million project would look like, the city and its consultants developed visualizations and made them available to anyone with a mobile device.

“The residents were used to seeing an abandoned area,” said Doron Dagan, president of Meriden-based Luchs Consulting Engineers, consultants to the city and partners with Israel-based RDV Systems, a provider of modeling and simulation software and services. To illustrate the dramatic change in scenery, Luchs and RDV built visualizations that were ported to the City’s web site and linked with quick-response (QR) bar codes that allow the visualization to be viewed interactively on smart phones and other mobile devices. 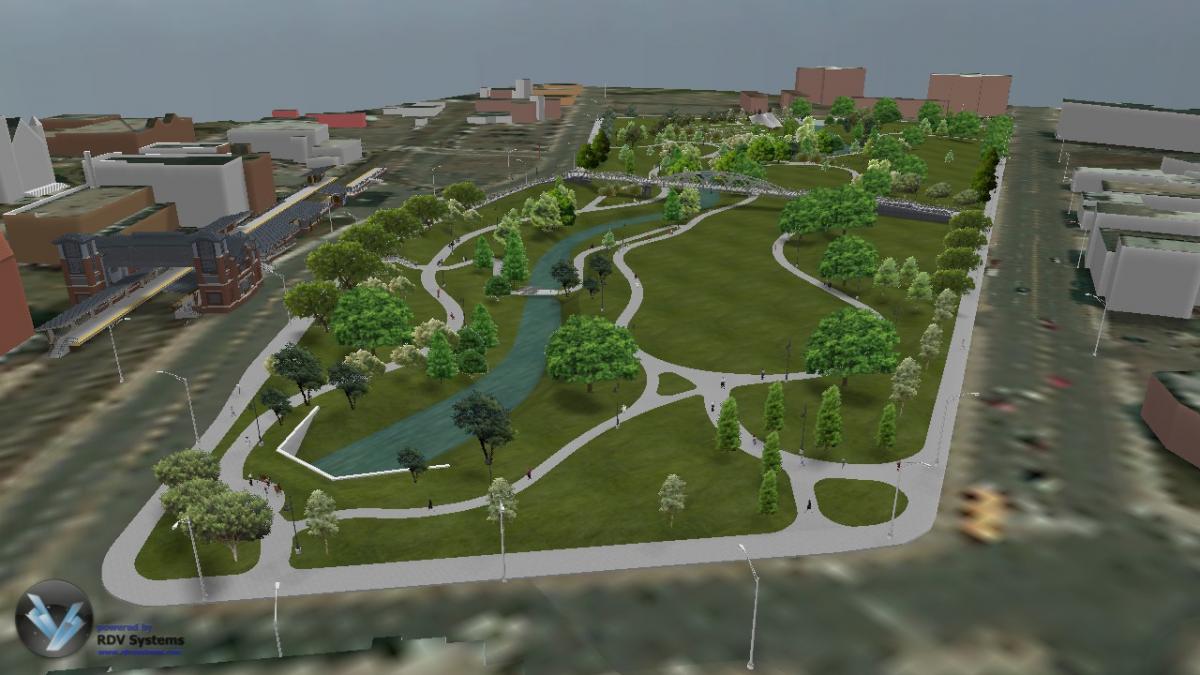 A visualization of the Meriden HUB project shows how the 14-acre site will look when completed. 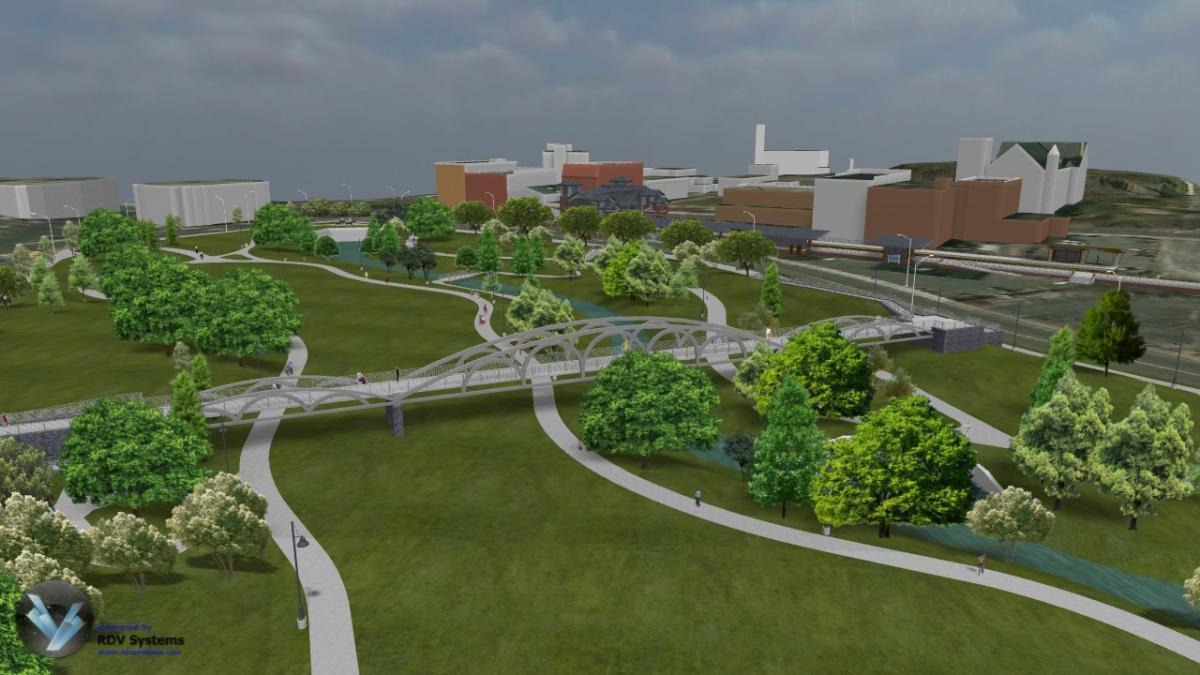 Users can interactively change the view of the visualization.