Key to making the visualizations accessible was RDV’s 123 View app, which iOS and Android mobile device users can download for free and use to view a 3D model according to a predefined path. The app can be linked via GPS to help on-site users physically navigate a site in real time, viewing the model based on their actual location. Off-site users can navigate by selecting locations on the screen of their device.

Dagan says the accessibility of new tools is making visualization an attractive option for a wider range of projects. “In the past, only projects with $100-million construction budgets could justify visualizations,” he said. “We’re finding it’s a valuable tool in the design process of all types of projects.”

For the Meriden HUB, Luchs compiled available base maps, SketchUp models of proposed buildings from the City, and Bentley MicroStation and AutoCAD Civil 3D drawings from the project’s lead design engineer, Milone & MacBroom, to model the project. RDV developed the model using RDV Publisher for Autodesk, which works with AutoCAD and Civil 3D data, as well as MicroStation drawings. The city was so pleased with the results that they “plan to do this on all major projects,” said Juliet Burdelski, Meriden’s director of economic development.

The Connecticut Department of Transportation (CTDOT) has also found visualizations helpful in gaining public acceptance of projects. On the $11.4-million Charter Oak Greenway Project, a proposed shared-use path generated “a lot of opposition,” said David Harms, CTDOT supervising engineer. In particular, citizens were concerned that a proposed pedestrian bridge spanning State Route 44 in Bolton would block views to businesses. RDV, working with CTDOT’s consulting firm BL Companies, provided visualizations of two bridge alternatives and “helped identify a feasible solution,” said Harms. Without visualizations, “the people in the public may not understand or believe you,” he said.

CTDOT also used RDV visualizations on the Pequonnock River Trail project in Trumbull, where a proposed trail skirted behind a residential neighborhood, generating concerns about safety and lighting. After the project was modeled, designers modified the fencing design to minimize the “corral effect” and provide a more open corridor. 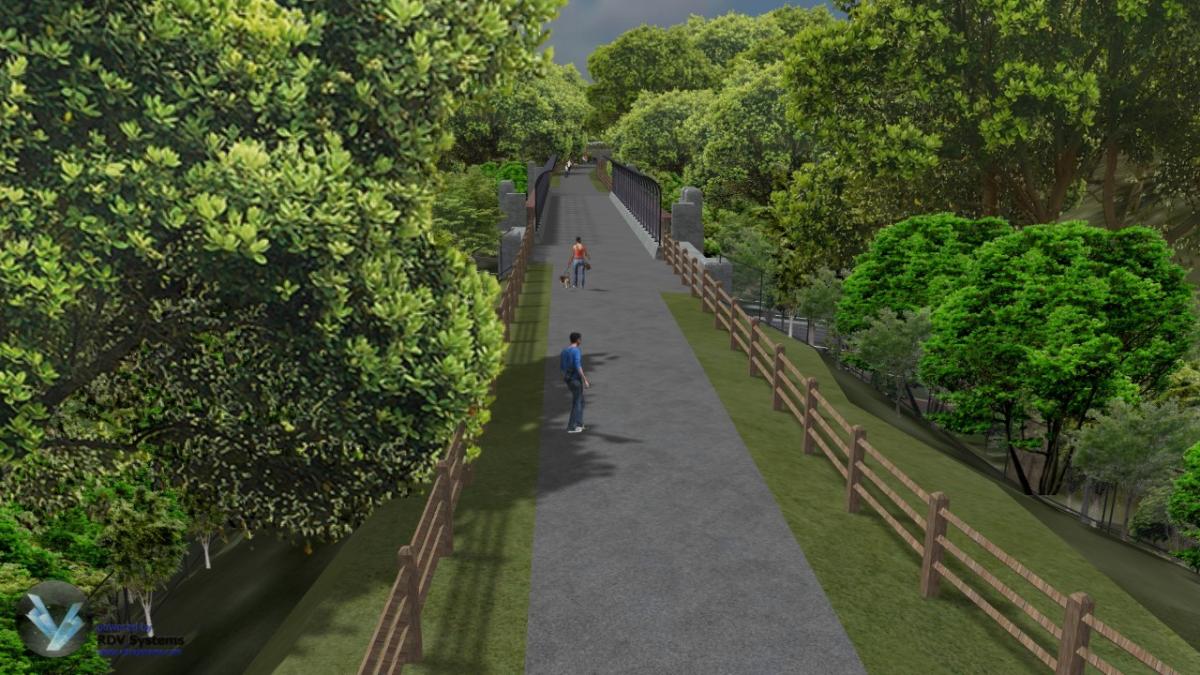 The project was approved earlier this year and is slated for construction in 2015. “Once the public saw the visualization, they had no questions,” said Harms.

In addition to 123 View and RDV Publisher, RDV’s products also include 123BIM, a cloud collaboration product used on the Pequonnock River Trail project to help project members share 3D project data. With 123BIM, the resolution is reduced during navigation to improve response time, according to Stewart. The image reverts to full resolution once the view is at rest. The lineup also includes 3D Site Navigator, a desktop product that fully interacts with 3D models in full resolution. “The model building, viewing, and navigation tools just keep getting better,” Stewart said.