Ads help support our ability to provide you all our articles and papers at no cost to you. Thank you for your consideration and support.
Sponsored Content
2D Drafting / General-Purpose CAD

A design engineer and CAD manager shares his company's experience with switching from AutoCAD to DraftSight.


Tom Harvey is a senior design engineer and CAD manager at Penda, a Tier 1 supplier to companies such as GM, Ford, and Honda — “basically every truck-producing OEM there is,” said Harvey. Penda uses heavy-gauge thermoforming technology to craft protective liners for truck beds and wheel wells, which must be precisely custom-designed for each truck model. That means the Penda team must work very closely with its customers: “We’re integrated almost at the level of direct employees,” Harvey noted. 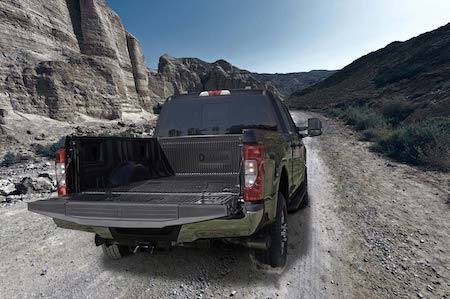 An example of Penda's truck bedliner.

Both Penda and TriEnda, a sister division within Kruger Family Industries, rely on a combination of 2D and 3D design applications in their daily workflows. AutoCAD “had been entrenched in both locations for many years,” Harvey reported — perhaps as long as two decades on the Penda side. Even after the teams adopted 3D workflows and implemented SolidWorks as their primary design tool, AutoCAD remained in a support role, he explained.

TriEnda began looking into AutoCAD alternatives shortly after it implemented SolidWorks in the early 2000s. But Penda stuck with AutoCAD until 2017, when an Autodesk reseller notified Penda that there would be an annual 20% cost increase over the next few years, due to the unavoidable transition from perpetual to subscription licensing. At that time, the company was already paying $2,500 annually, for four active licenses of AutoCAD. “The economics [of staying with AutoCAD] just didn’t make any sense,” Harvey said.

All told, his company spends some $80,000 per year on annual renewals of CAD licenses, so there’s always pressure from upper management to find ways to reduce those costs, he explained.

Harvey started by exploring the free version of DraftSight, and found the keyboard shortcuts, interface, and overall experience to be very similar to what he was used to in AutoCAD. (Note that DraftSight phased out the free version in 2019, but free 30-day trials are available.) “The functionality was 90 to 100% there, so it was a very smooth transition,” he recalled. “It didn’t take long to kick the tires on it.”

In a diverse market of 2D CAD application offerings, Harvey selected DraftSight because it interfaces well with SolidWorks. In addition, having a well-established company like Dassault Systèmes backing the solution was reassuring. “Some of the smaller guys pop up and then disappear,” he observed.

After testing it out himself, Harvey rolled out DraftSight to the larger group of users, who were able to pick up the new program without training. Most of them had experience with AutoCAD, in school if not in the workplace, and that made them well-prepared to pick up DraftSight quickly, according to Harvey. “The interface was a very simple jump [from one program to the other], and the commands operate in the same way,” he said.

The only hiccup that arose was some trouble with the periodic re-activation required to use the free version, Harvey recalled: “Once we got everyone onto the network license, that stuff went away — it’s all handled on the back end.” Today, the company uses a five-pack of Enterprise DraftSight licenses, which costs them $1,500 per year, Harvey reported. 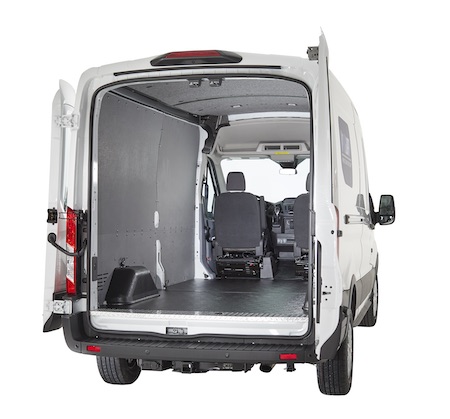 Harvey noted that his team didn’t customize their DraftSight environment much, so he can’t speak to the ease of using LISP routines or other programming to make modifications. “It’s strictly export and drafting applications for us, so DraftSight was a perfect fit; it opens all the DWG/DXF files we need.”

When opening AutoCAD files in DraftSight, Harvey hasn’t encountered any problems with fragmentation, font failures, or other snags that require “massaging” to get things back in order. “It just opens,” he said. “Otherwise, it would have driven me back into the arms of Autodesk very quickly!”

In addition to opening legacy files, the Penda team relies on DraftSight to export layout views from SolidWorks. “It gives the customer a 2D view without all the intelligence [of the original 3D file],” Harvey explained. In the TriEnda group, the designers use DraftSight internally for custom wood pallets and sheet designs — “flatter things where the advantages of 3D CAD aren’t really there, and the 2D environment is faster.”

Today, there are more than a dozen users of DraftSight on the Penda and TriEnda teams, and maintaining the software requires little effort on the CAD manager’s part. “At this point it just runs — it’s not something I have to touch on a regular basis,” Harvey said. “[The IT department] likes it too, because it’s not generating help desk calls.”

Over several years of use, Harvey hasn’t noticed that any functions are slower in DraftSight than AutoCAD; nor has he seen that the users need any workarounds to complete their tasks. “I have not found the downside,” he said.