Shapr3D is a small company with a grand ambition: delivering “the world’s smoothest, most intuitive 3D modeling experience.” Shapr3D launched the iPadOS app that shares its name in 2016, and has been “making CAD suck less,” in the words of founder and CEO István Csanády, ever since.

Part of the company’s vision for a better CAD experience is a self-serve model for purchasing the software and learning to use it. “The reason you need [traditional sales and support teams] is someone has to explain what the product is and how it works, [but] this product is not so complex that it needs explaining,” Ron Close, Shapr3D’s vice president of marketing, told Cadalyst. “Downloading and getting up to speed is ridiculously quick — it’s literally a couple of hours.” And if a question does arise, the answer may be found in a YouTube video tutorial or in the app’s Facebook community, he suggested. “Our users help each other ... they tend to enjoy solving other people’s problems.” 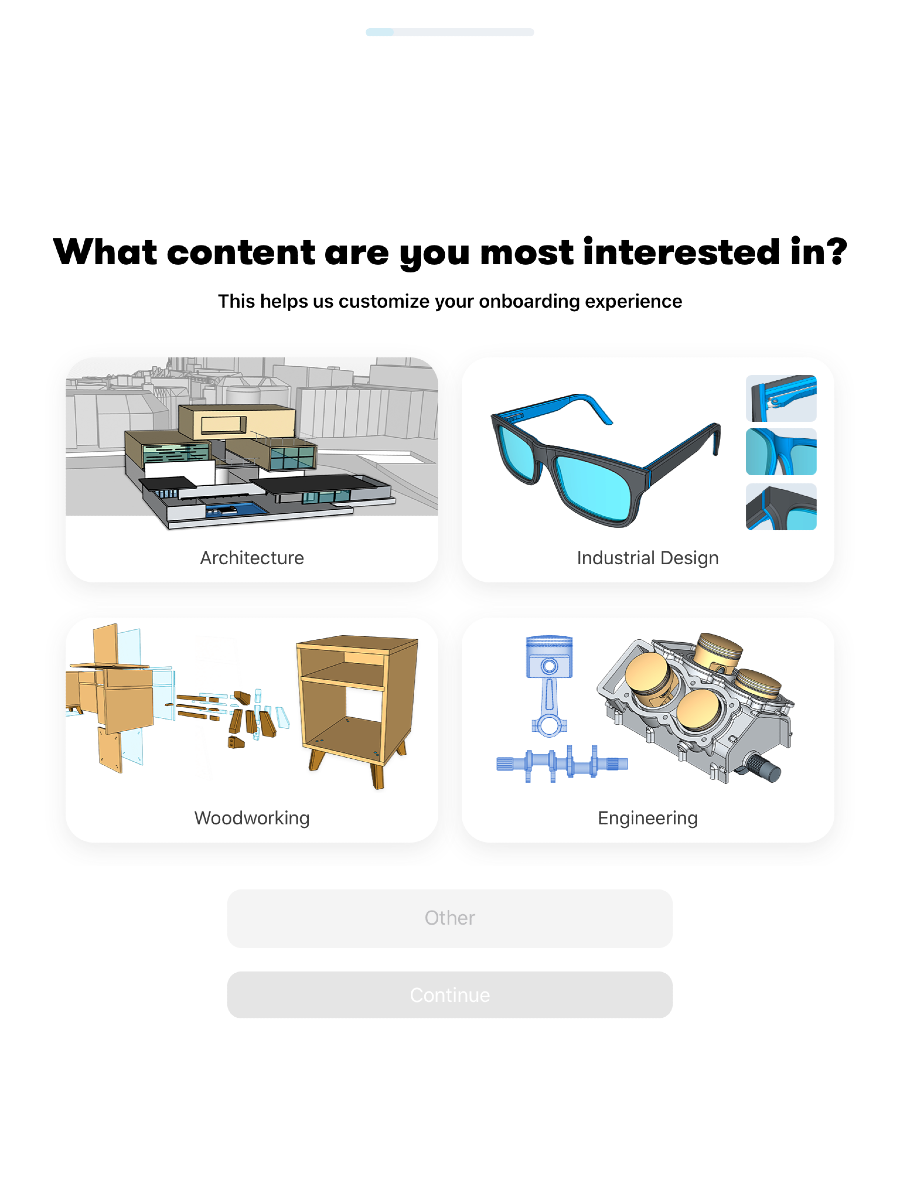 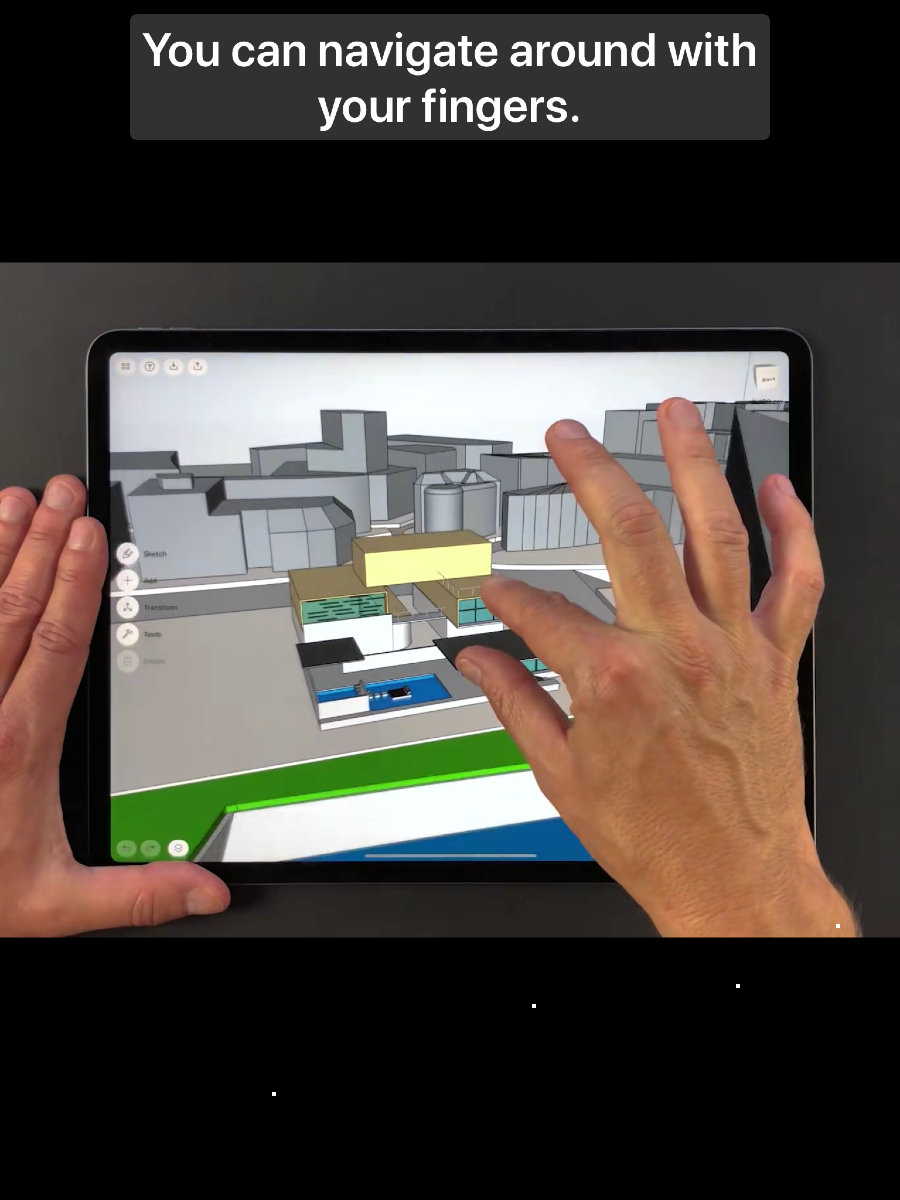 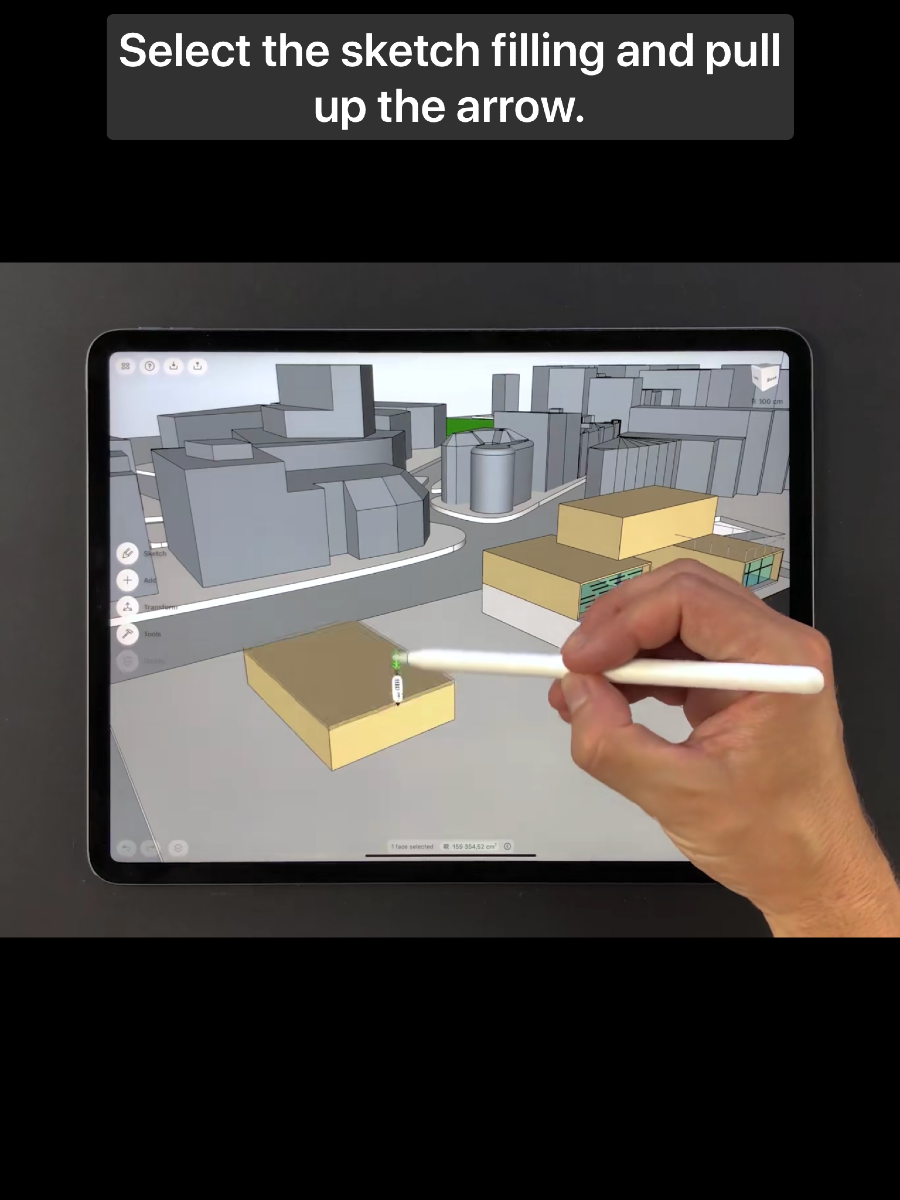 After selecting an area of primary interest — architecture, engineering, industrial design, or woodworking — new Shapr3D users are led through a series of hands-on demonstrations.

The Appeal of Apple

The Apple iPad — a device most CAD software companies ignore — intrigued Csanády with its touchscreen user interface (UI) and multifunctional Apple Pencil interactive stylus. The Shapr3D iPadOS app has been built “completely from scratch” for the device, Close told Cadalyst: “We’re not adapting an old tool to the iPad.” The app received special recognition from Apple this year, when it became the first CAD app to receive an Apple Design Award. 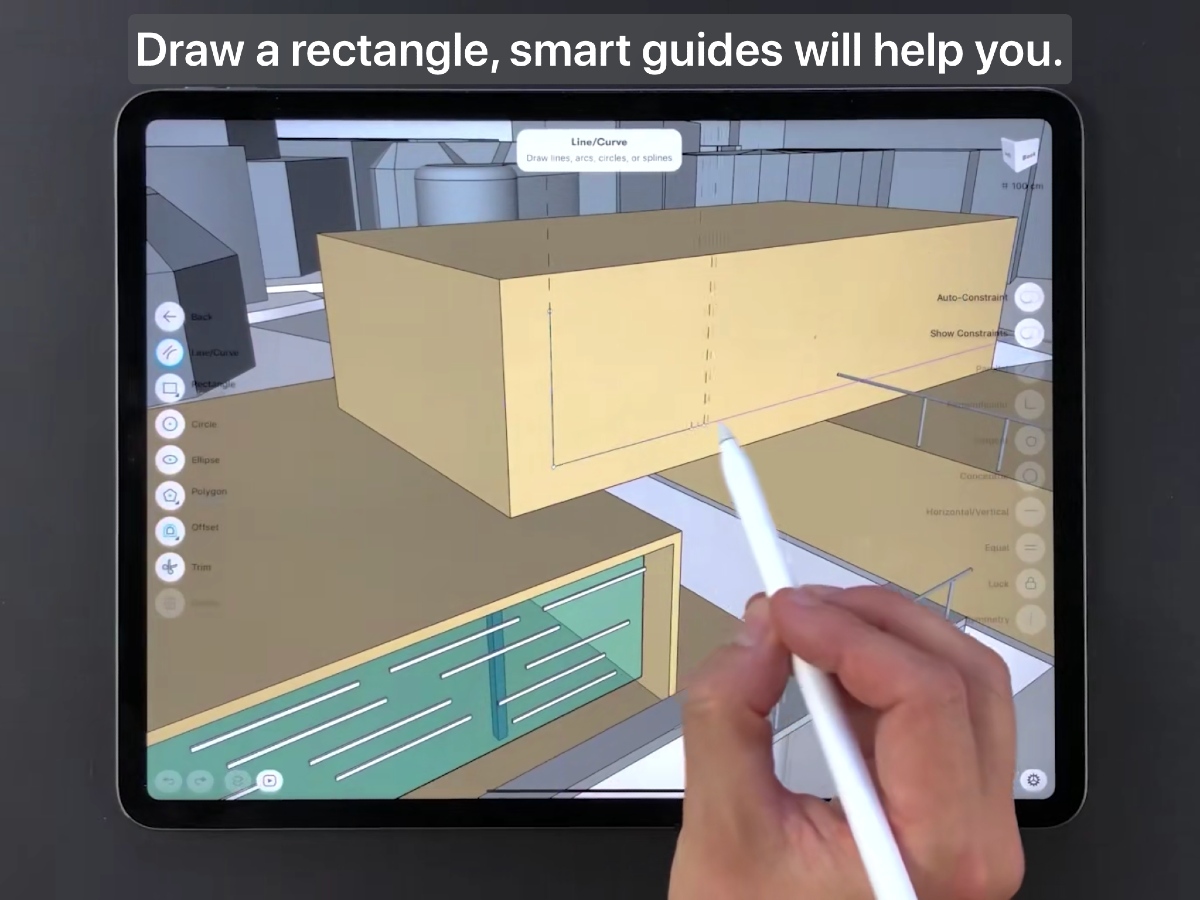 Shapr 3D currently runs on all iPad versions that support Apple Pencil. The company plans to expand to other platforms and touchscreen devices in the future.

Smaller and lighter than most laptop computers or mobile workstations, the iPad provides mobility for employees working from home, traveling to job sites, or meeting customers. It also provides an intuitive experience that eases adoption for a certain set of users: “A lot of industrial designers are used to the iPad — including some who haven’t used CAD before,” Close commented. And with the iPad Pro version launched in March of this year, it also offers an integrated LiDAR scanner. Shapr3D has committed to add support for the scanner “as soon as we get the APIs from Apple” — likely sometime this year, Close expects.

Although Shapr3D’s touch interface is unusual in the CAD software space, the app is built on a familiar and widely used modeling kernel: Parasolid from Siemens. “We’re the reason Parasolid is on iPad; it was done to enable Shapr3D,” Close noted. Thanks to its Parasolid foundations, Shapr3D app offers conceptual design functionality that feeds into a high-fidelity model, he explained.

The combination of mobility, conceptual design, and high-fidelity modeling gives Shapr3D applicability in a range of settings and industries. For example, users can make changes to tooling on an automotive factory floor, evaluate industrial design iterations during client meetings, or discuss architectural concepts or construction details at a build site.

In contrast to many compute-intensive mobile apps, with Shapr3D everything takes place on the iPad, not in the cloud. Because of the potential for latency, “we’re not huge believers in cloud,” Close explained. By keeping processing and file storage local, “users aren’t hampered or tethered by their Internet connection.” And with the “screaming fast” iPad Pro, there is no shortage of local computing power or speed, Close confirmed: “There’s a very good bet it will exceed performance ratios on PCs.”

Being “untethered” is especially important during the current pandemic, Close believes, since so many workers have relocated from offices to home environments. “If people are smart, they’re working not just at home but at beaches, mountain homes ... places that don’t always have a strong Internet connection,” he commented. Those changes in work environments may have had a substantial effect on the company’s growth: “From January till now, we’ve acquired 17,000 paying customers,” Close said. (The app can be used free of charge for up to two consecutive designs; the Pro license, which costs $25/month or $240/year prepaid, is required to create unlimited projects, import existing work from other programs, and export files for manufacturing.)

In June, Shapr3D launched version 3.42, featuring an adaptive UI. When the user selects an object within a 3D workspace, the app will predict what the user intends to do next, and suggest a range of 3D design tools relevant to that selection. (Users can continue to directly access functions through the Tools menu if desired.)

“The menu will default to the most likely option you’ll need next,” Close said. For example, if a user picks two faces of an object, the most likely next steps are putting corners on it or hollowing it, he explained. The predictions are based on “countless hours” of aggregated customer data, including that collected from current use patterns and from testers whose use behavior is recorded, so the development team can check up on anything that gives them pause.

“Some customers are saying [the adaptive UI] is 30% faster in the modeling process,” Close reported. In addition to saving time, the new UI is intended to increase accessibility. Zoltan Balogh, head of product design at Shapr3D, observed in a blog post that “smart interactions help new users be productive more quickly; they don’t have to explore the app fully to figure out where tools are, freeing up mental space to work on their designs.”

For the time being, Shapr3D is typically one of several applications in a CAD user’s toolbox: “A fair amount [of our customers] are using Shapr3D in tandem with other CAD tools,” said Close. (Shapr3D supports X_T, STEP, IGES, STL, DXF, DWG, OBJ, JPG, and PNG file formats.) A customer using a traditional software application in the office — SOLIDWORKS, for example — can switch over to Shapr3d when outside the office, he explained.

“Right now, we do very well as a complementary product, [but] we want to grow in such a way that Shapr3D can be a primary tool,” Close said. Forthcoming changes are likely to nudge the software toward primary tool status, but they won’t be attempts to reinvent the wheel. “The maturity of the product makes it a full-featured CAD tool, but we don’t want to confuse that with a traditional legacy tool,” Close explained. “We’re not lazy, we’re not going to copy the assembly modeling and editing features [of existing CAD products] ... we’re a big believer in not creating things [just] for the sake of creating things.”