Ads help support our ability to provide you all our articles and papers at no cost to you. Thank you for your consideration and support.
Infrastructure

How Companies are Taking Advantage of the Bipartisan Infrastructure Law

VIEWPOINT: Lessons learned from a previous Los Angeles County Public Works project and its implementation of Bentley software to improve infrastructure could lead the way.

Add to that, over $240 billion for water, power, and internet infrastructure for a total of over half trillion dollars for infrastructure engineering and construction projects over the next five years, and the result is a very high demand for firms to design, engineer, and construct those facilities. The gold rush of 2022 has started, and no engineering or construction company wants to be left out. 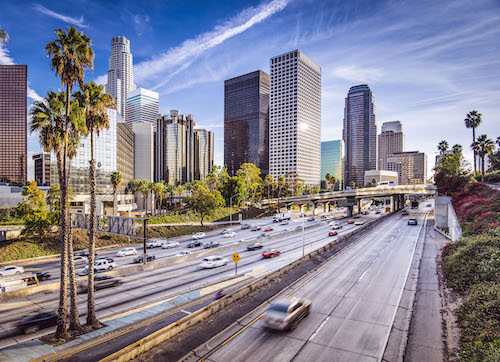 Software, such as Bentley Systems’ MicroStation for computer aided design (CAD), OpenRoads for highway engineering, and Synchro 4D for managing the construction process, all provide the necessary tools to complete infrastructure projects. Unlike common CAD software, MicroStation, and OpenRoads can model and prepare drawings for unlimited-sized projects such as those that are already in progress and are coming up under the new law. That feature alone sets MicroStation and OpenRoads apart. There are also advantages for the engineering firms in that they only need the one combination of software for all their projects. According to Bentley Systems, “for over 36 years, U.S. government agencies have relied on powerful Bentley solutions, such as MicroStation, OpenRoads, ProjectWise, and OpenCities, to advance the way they design, operate, and maintain the nation’s infrastructure and public facilities.”

While these programs prove to be crucial in completing projects of this magnitude, their implementation can require assistance. Although one project example was completed before the passing of the infrastructure bill, the case of Los Angeles County Public Works (LACoPW) turning to Archway Systems, a channel and training partner for Bentley Software in North America, to aid in the implementation of Bentley System’s software provides a good example.

Because Archway has been a partner to the CAD support group at LACoPW for approximately 20 years, the County turned to their longtime partner when they decided to migrate to newer, more productive technology. Archway helped LACoPW convert their systems to the latest MicroStation and OpenRoads by helping build resources and standards such as Feature Definitions that make designers more productive and designs more standardized. They also provided engineer and designer training support and shared their expertise in the newer versions of the Bentley MicroStation, OpenRoads, and other software while guiding the migration to the new software.

It took three Archway experts working with LACoPW employees collectively half a year from planning to implementation and training to complete the migration project. With training delivered via videos to be referenced in the future combined with onsite training, and some live remote training, employees of

Archway helped LACoPW with the administrative setup, migration from older versions, and user training for ProjectWise, MicroStation CONNECT Edition and OpenRoads. It is important to note that this is not the full range of software as LACoPW uses a broad range of Bentley products such as Descartes and others.

Since this new generation of Bentley software is all 64-bit, which allows access to larger amounts of RAM, and can run on the latest Windows 10/11, there was a need to purchase some new computers. In addition, because LACoPW is an E365 customer of Bentley, the software upgrades were provided as a part of an existing contract.

The CONNECT Edition products include a new ribbon interface which makes it easier for new employees to learn MicroStation.  A great new command is the Search Ribbon tool which makes it easy to quickly find any tool on the ribbon. They also used OpenRoads, Civil Cells, Feature Definitions, and other functions that provided the best way to store standards and make it easy to design and redesign things like intersections.

As a result of migrating to and receiving training on the latest software, the County experienced increased productivity since they spent less time looking for things, benefited from having parts of designs that came in parametric form, and had shortened learning curves.

As stated, the LACoPW project described above was completed before the Infrastructure Investment and Jobs Act became law, and it is important to note that the Act is national in scope. That said, Los Angeles County Metropolitan Transportation Authority (LAC MTA) CEO and spokesperson, Stephanie Wiggins, has called the Act’s $9.45 billion for California public transportation projects "a game changer." It comes at a time when municipalities across the country need to make infrastructure repairs, upgrades, and additions.

We are seeing an historic opportunity for the improvement of America’s infrastructure. With it, comes a golden opportunity for engineering and construction companies that can be part of it. Following LACoPW’s example and implementing or migrating to the latest Bentley Systems software could make all the difference.

About the Author: Mike Lazear