A Compelling Example of AI in CAD: Autodesk’s Take on Generative Design

Herrera on Hardware: Both evolutionary and revolutionary uses are emerging for artificial intelligence (AI) in CAD, which is making a splash from NVIDIA rendering applications to Autodesk Fusion 360 — and suggesting serious synergy with virtual workstations.


With Dreamcatcher, engineers and designers specify design goals, along with parameters such as mass, volume, and engineering constraints, as well as materials and manufacturing processes available for production. All that data gets digested by AI deep neural networks to create a model it concludes is the optimal balance of the given constraints. More typically, though, the DNN will generate many versions, creating tens, hundreds, or even thousands of variants, all of which balance those constraints in slightly different ways. 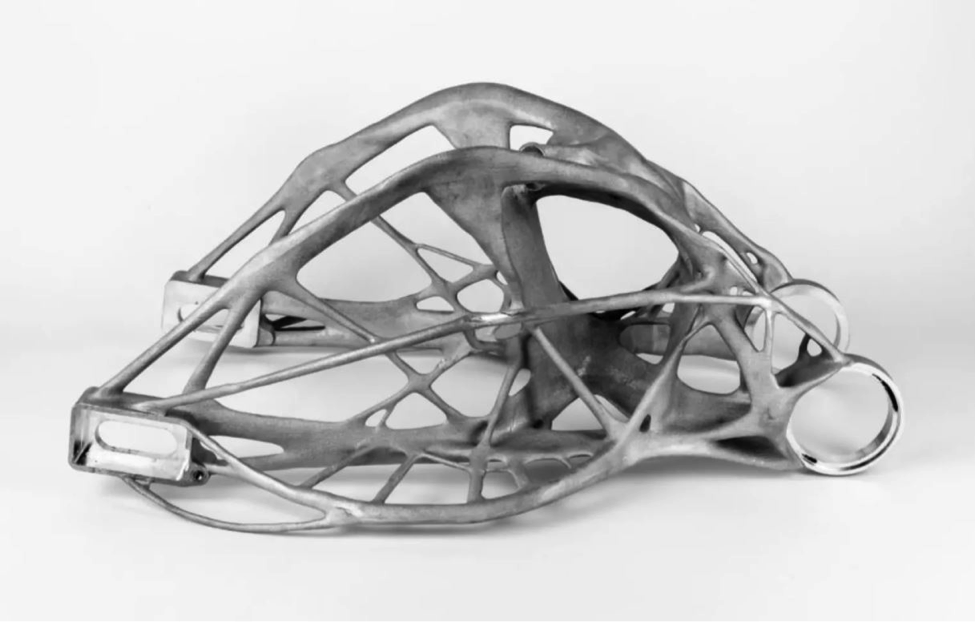 AI-based generative design is no replacement for a product designer or engineer. Rather, think of it more as a right-hand man — or better put, a right-hand team — with countless hours to spend on each task. It allows designers the means to explore options far more exhaustively than they otherwise ever could, make effective decisions more quickly and earlier in the process, and eventually implement a design — from concept all the way to manufacturing. The computer proposes options, along with (hopefully) the data to indicate how well that option meets various goals and constraints, but the designer remains the guide of that process, making the key decisions and tradeoffs. Effectively, you tell your team what you’re trying to accomplish and what the limitations are, and that team reports back, “You said you wanted to do this, so here’s the avenue you should probably pursue.”

Ultimately, while I think deserving of the “transformative” adjective, AI-driven generative design will earn its place in CAD toolboxes the same way any now-ubiquitous tools have: by proving its worth in making products faster to design, higher in quality and performance, and most amenable to the optimal means of production. For its part, generative design assists in all those goals by allowing designers to make the most effective and through decisions, and do so earlier in the process.

AI-based generative design is still in its relative infancy, but with several years of Dreamcatcher experience under its belt, Autodesk’s accumulated knowledge has yielded production-worthy functionality. Introduced in April 2018, Fusion 360 Gen 2 incorporates much of the results and understanding that came out of Dreamcatcher. It delivers that ability for a designer to set objectives and constraints, include limits on geometry, material type and amount, and production methods. With generative design at the fingertips, a designer can then quickly synthesize hundreds of options, each presenting a different degree of adherence to the constraints given.

That in turn raises a great question: How can the user avoid being overwhelmed by a potentially large number of similar-looking designs, and instead hone in effectively on the one or few best suited to the set goals and priorities? To make all those generative design results easier to consume, Fusion 360 includes filters that let you sort designs using the most relevant and important info up front. Filters let you navigate, compare, and contrast the tens or hundreds of options by the degree to which those designs meet the goals and constraints. Filter by strength, mass, cost, manufacturing type, or stiffness, for example, to narrow in on and eventually identify the best option to pursue. 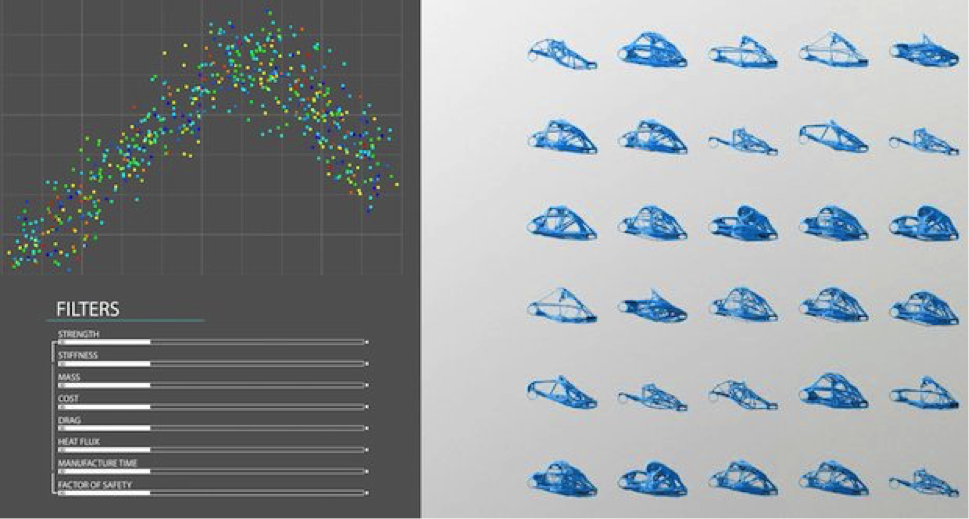