The nTop Platform is most suitable for design and manufacturing engineers who are “solving really hard problems for advanced manufacturing … problems that a traditional CAD tool has trouble solving,” said nTopology CEO Bradley Rothenberg. These engineers are likely designing parts that fit into assemblies made in CAD; nTop Platform works best sitting next to a traditional CAD platform, he explained, because the latter can offer specialized tools such as sheet metal bending modules. Most of these users are designing for 3D printing, but some manufacture via other methods, such as tool and die or plastic injection molding. Top industries include aerospace and defense, automotive, medical devices, and consumer electronics.

As an open platform, nTop is also intended to foster collaboration, enabling multiple engineers to work on different parts of the same design; nTop documents can be packaged, shared, and re-used, allowing engineers to work in parallel.

In addition to reshaping manufacturing, the rise of 3D printing technology also exposes differences between design software applications built today and titles whose foundations were laid decades ago. “The underlying model for the way you represent a 3D object in a traditional CAD tool … doesn’t actually represent a 3D solid,” Rothenberg pointed out; instead, the digital object is composed of thin surfaces wrapping a hollow space. “The underlying kernel, the underlying representation, the underlying modeling technology was designed at a time when drawings were the paradigm,” he explained. That may not be an issue for traditional subtractive manufacturing methods, but with 3D printing, a solid model is required to yield a part with a solid core.

When Rothenberg was working with 3D printing in school close to 15 years ago, he was bemused to find that he couldn’t get a 3D-printed part out of a traditional CAD tool, because the model wasn’t truly solid. “This idea of watertightness makes absolutely no sense … if you’re building a solid model in the computer, why does it have to be watertight? What does watertight mean, are you making a boat?” he laughed. The issue was a holdover from when the CAD industry, following the lead of paper drawings, was built on modeling edges and surfaces. “There was no thought that 20 years later, 10 years later, there’d be this new manufacturing technology that doesn’t care about drawings,” Rothenberg said.

To represent a 3D solid directly, nTop Platform uses equations representing the distance to a shape from any point in space. “The underlying technology [in nTop Platform] has new capabilities that the older technology [in traditional CAD applications] didn’t, which is allowing us to much more seamlessly go to manufacturing,” Rothenberg explained. It also allows for a greater level of complexity in designs, as exemplified by elaborate lattices, repetitive cellular structures, or the bone-interfacing surfaces of metal medical implants that are intentionally rough and porous. 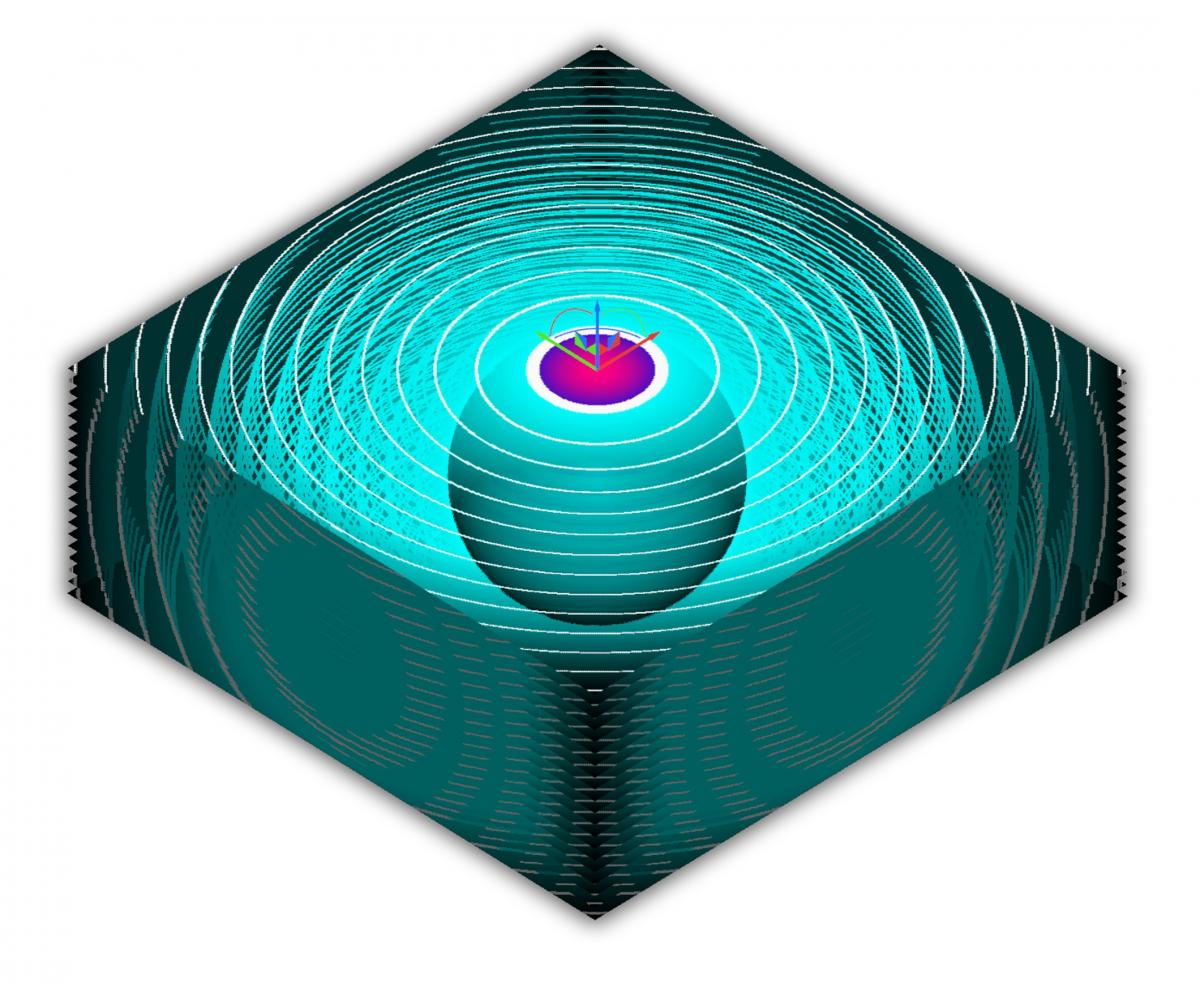 Distance field information is stored in models and can be used for complex model edits such as booleaning, offsetting, and filleting. Image source: nTopology.

The paradigm shift that we’ve gone through in manufacturing has brought about powerful new capabilities in terms of making parts that weigh less and perform better, but there’s a new level of control needed to make sure you get a part that works, said Rothenberg. “Our underlying modeling technology allows us to handle orders of magnitude more complexity than traditional tools, but it’s also faster, so you can render complex objects in real time, so you can make design changes and see how those design changes affect the part.”

The Learning Curve and the Long Term

Although nTop Platform has no issues with solids really being solid, the technology poses a different kind of problem for many in the industry. “For somebody who’s been working in CAD for 20 years, for them to work in our model is a pretty steep learning curve,” Rothenberg acknowledged. “It’s natural that it’s hard to switch to a different paradigm.”

That’s not the case for those new to the work, however. “For the new generation of engineers coming out, we don’t see those problems,” Rothenberg said. In fact, he believes that new software tools actually increase interest in design and engineering, bringing “a lot more people” into the field and contributing to manufacturing becoming more innovative and exciting.

Looking ahead, Rothenberg wants to scale up not only nTopology’s team and customers, but also the number of workflows supported; future additions may include 5-axis machining and automated fiber placement in composite 3D-printed materials. “For us, the platform should be able to support more workflows, for solving more problems,” he said. But the overarching quest is even more ambitious than those goals: “I think the long-term vision is for us to define what the next paradigm is for how engineers design parts and products,” he said.