On the exhibition floor at SOLIDWORKS World 2019 in Dallas, Texas, last week, several new and often innovative software and hardware products vied for the attention of conference-goers. Following is our round-up based on Cadalyst’s in-person meetings with developers and updates shared at the event. 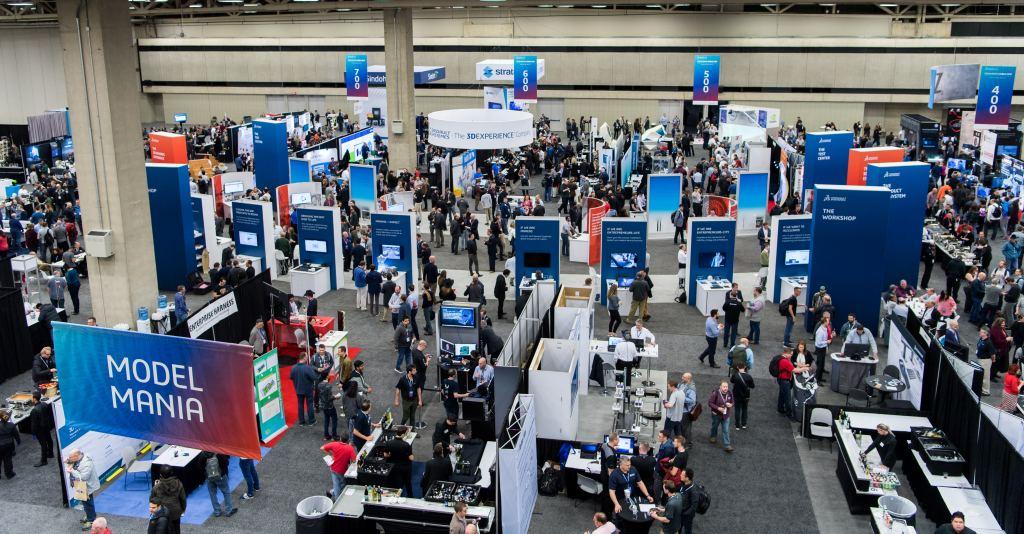 Cadalyst often doesn’t report on newly announced products if they’re not yet commercially available — but in the case of the MakerBot Method 3D printer, announced in December and shipping next month, we had to break our own rule to share the noteworthy news. Method combines MakerBot’s roots in the hobbyist market with the industrial DNA of parent company Stratasys to deliver what the company calls a first-of-its-kind, professional-grade 3D printer that sits on an office desktop. 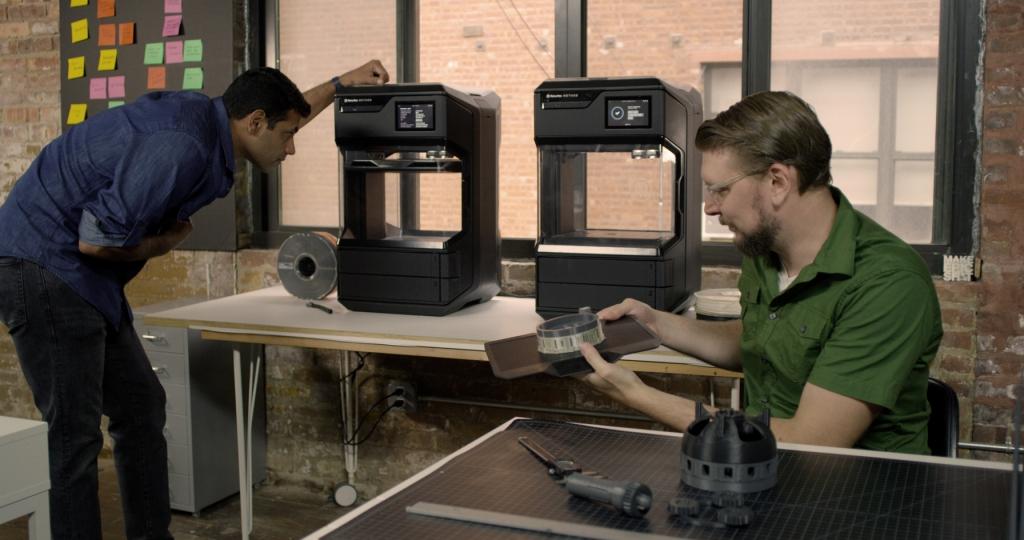 The MakerBot Method 3D printer is small, quiet, and safe enough to be integrated in a design environment. Image source: MakerBot

Method offers features that were previously only available on industrial 3D printers at significantly lower cost ($6,499 retail; save $350 via online preorder before February 28) — with a first-year cost of ownership that is one-third that of an entry-level industrial 3D printer, according to MakerBot.

The relatively affordable industrial-printer-for-the-desktop design aims to fill a gap in the existing market, particularly for small businesses being priced out of the competitive additive manufacturing (AM) market, as well as large organizations that need a more agile, flexible AM option.

Method, which was modeled using SOLIDWORKS, reportedly prints up to two times faster than desktop 3D printers. It is designed to deliver industrial reliability and precision by carefully controlling every aspect of the 3D print environment, resulting in repeatable and consistent parts with ±0.2 mm dimensional accuracy  as well as vertical layer uniformity. The dual extrusion system combined with water-soluble PVA provides a superior surface finish and enables unlimited design freedom and unrestricted geometries, such as complex overhangs without scarring.

“You can do much more complex geometry and obtain a level of accuracy you can’t get with other desktop printers,” Forrest Leighton, vice-president of marketing for MakerBot, told me during a product demonstration.

Precision materials include MakerBot Tough, MakerBot PLA, and MakerBot PVA. The first specialty material on the platform is PETG, with more to follow.

At a press conference at SOLIDWORKS World 2019, SOLIDWORKS CEO Gian Paolo Bassi said, “3D printing is going to change not only the way we manufacture, but the way we work. We want to be the design platform of choice for any 3D printer in the world. ... With RIZE, we can bring 3D printing right into the design environment.”

RIZE is known for its industrial-quality machines that build very accurate parts with beautiful finishes, minimal pre- and post-processing, and safe and sustainable products and processes. RIZE machines can accurately print QR codes on parts to connect them with a digital twin model and facilitate full traceability through the part lifecycle.

With this announcement, the companies are offering a coupon redeemable for a license of SOLIDWORKS with every RIZE ONE 3D printer purchased through December 31, 2019.

The new GrabCAD Print Advanced FDM software is available now (and free to all Stratasys 3D printer customers) to eliminate the roadblocks common to the CAD-to-STL process while optimizing strong, light, and purpose-built parts.

The software also manages 3D printer use, minimizing the need for staff to control who is using a machine and when. It is CAD agnostic, able to print STL, VRML, and native SOLIDWORKS, Creo, NX, CATIA, and Inventor files directly.

Given that optimal designs can be “fragile” in terms of variation of material properties and operating conditions, the company explained that robust design accounts for the variation to avoid cliffs of optimal performance— meaning users will be able to quantify the risk of design failure and avoid surprises later in process. R&D engineers can use the probability of failures as objectives when optimizing designs, reducing design failures and shortening the development cycle.

CORTIME CEO Rasmus Høtoft said, “CORTIME has completed the circle in creating the full package of design exploration tools,” answering essential questions for R&D engineers such as, How can I simplify my design? Have I found the best design? and, Will the design fail once it hits production?

Although not brand new, Speedernet Sphere from France-based Speedernet is as yet unfamiliar to many in the U.S. market. The company showcased the software it calls “the fast track to creating WebVR immersive experiences” that users can share with stakeholders using a simple web link. 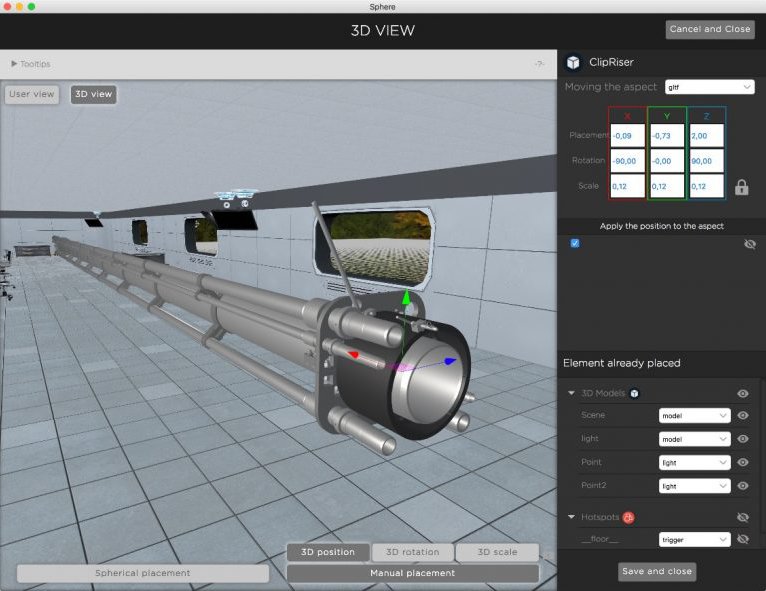 Radhika Krishnan, senior vice-president, said, “With the new releases of Geomagic for SOLIDWORKS and 3DXpert for SOLIDWORKS, 3D Systems is reinforcing our commitment to the SOLIDWORKS community to streamline digital product design

as well as making additive manufacturing an integral part of the workflow — increasing efficiencies and lowering total cost of operation.”

Geomagic for SOLIDWORKS is said to be the industry’s only complete integrated 3D scan-to-SOLIDWORKS software solution. It helps designers reduce the time required to build CAD models of real-world objects from hours to minutes by using advanced, automated wizards to quickly and easily create sketches, surfaces, and feature-based editable solid parts inside SOLIDWORKS directly from 3D scan data, according to the company. It is scheduled for release in March; a 15-day free trial will be available.

3DXpert for SOLIDWORKS is a free add-on that provides a complete design for additive manufacturing (DfAM) toolset, equipping users to prepare and optimize designs for 3D printing directly inside the SOLIDWORKS window. 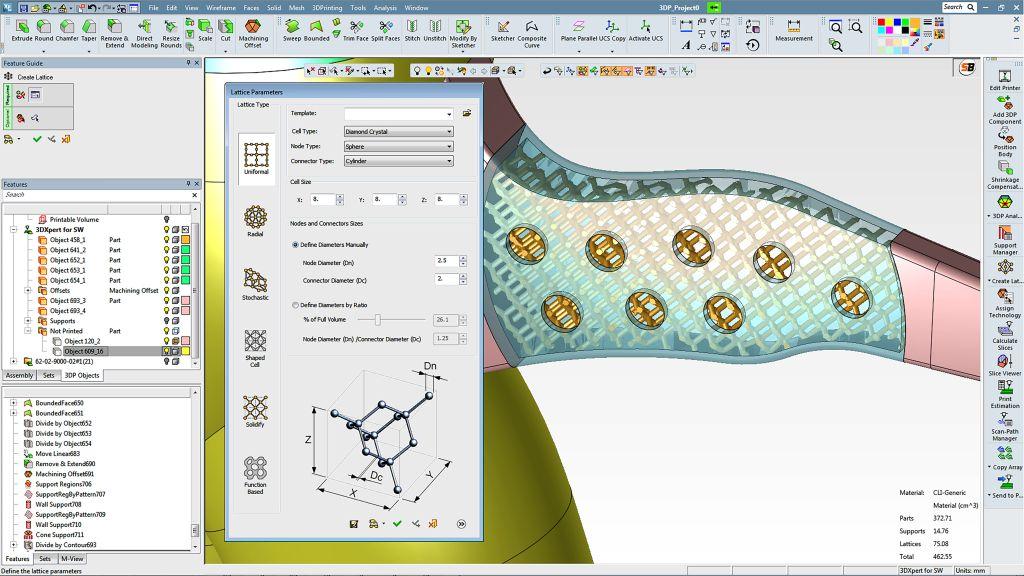 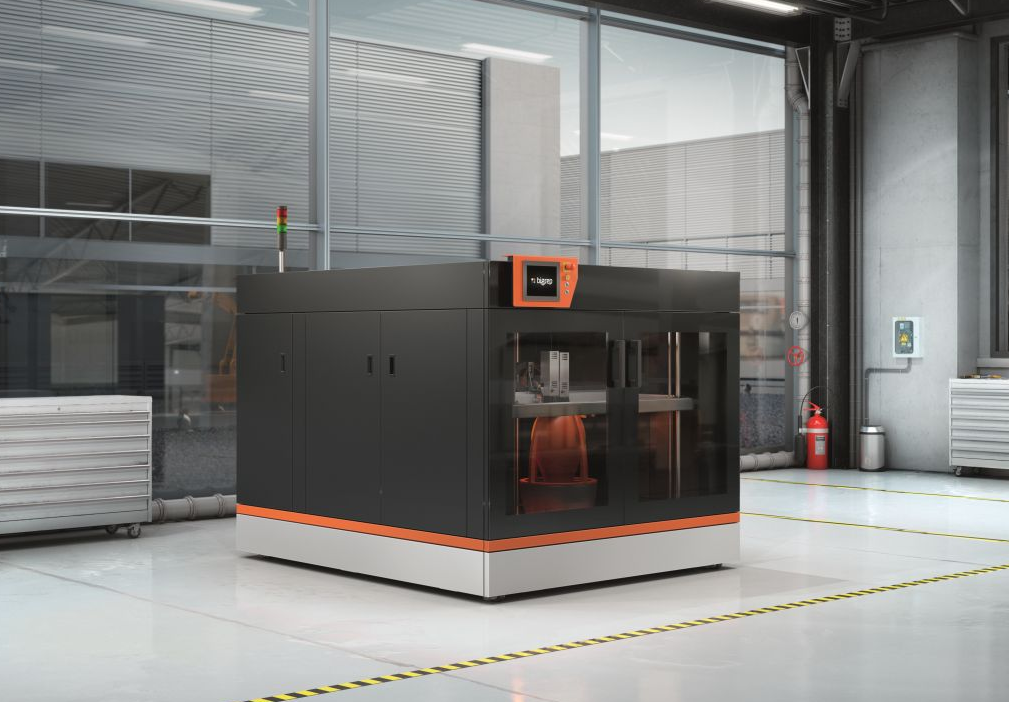 “This new technology delivers the type of innovation that the industry has been awaiting, as our groundbreaking MXT system makes our new printers five times faster — with greater precision and quality — than current extrusion speeds,” said BigRep CEO Stephan Beyer.

Artec 3D, developer of a line of 3D scanners, talked to me about efforts in the works to tackle the problem of “data overcollection” in the reality capture space. Andrei Vakulenko, chief business development officer, told me, “We created easy-to-use products, which led to people collecting enormous amounts of data,” with files commonly 30–40 GB in size, resulting in cumbersome file processing and management.

“This is our challenge now,” he explained. “Over the next five years, we will tackle this issue of processing huge data sets.” The solution will involve artificial intelligence (AI), he said, to recognize when enough data is collected to create a viable model without overcollecting.

Vakulenko also noted that a “significantly improved” version of Artec Studio is coming this spring. The data-editing and -processing software recently added X-Ray Mode, described as a first-of-its-kind feature that allows users to immediately examine raw data and see if any part of the scan is missing, misaligned, or otherwise problematic, prior to processing.

In response to user demand, 3Dconnexion 3D input devices will now be compatible with SOLIDWORKS xDesign, the new browser-based CAD and collaboration tool, including all SpaceMouse and CadMouse models.