Handheld addition to the BLK family of imaging laser scanners is designed for as-built data collection in complex environments.


In 2016, Leica introduced the BLK360 — a reality-capture device that combined laser scanning with panoramic image capture, enabling users to capture point clouds coupled with full-color imagery in 360 degrees. A partnership with Autodesk paired the Autodesk Recap 360 Pro mobile reality capture app for the iPad Pro with the Leica BLK360 scanner, with the goal of simplifying as-built data collection and sharing.

At the HxGN Live 2019 conference, Leica Geosystems — which is part of Hexagon — unveiled a new addition to the BLK family. “With the BLK 360, we offered reality capture for everyone … and now we are opening the next door,” said Burkhard Boeckem, CTO of Hexagon’s Geosystems division, during a conference keynote presentation. “It’s unbound, it’s self-navigating, it’s lightweight — it’s a handheld imaging scanner.”

The BLK2GO allows users to move freely while capturing the surrounding environment. Because it’s battery-operated, there are no cables restricting movement. At 1.7 pounds, the weight is also conducive to mobile use — “and that means fully loaded, including batteries, ready to go,” said Boeckem. “That is a major leap.” 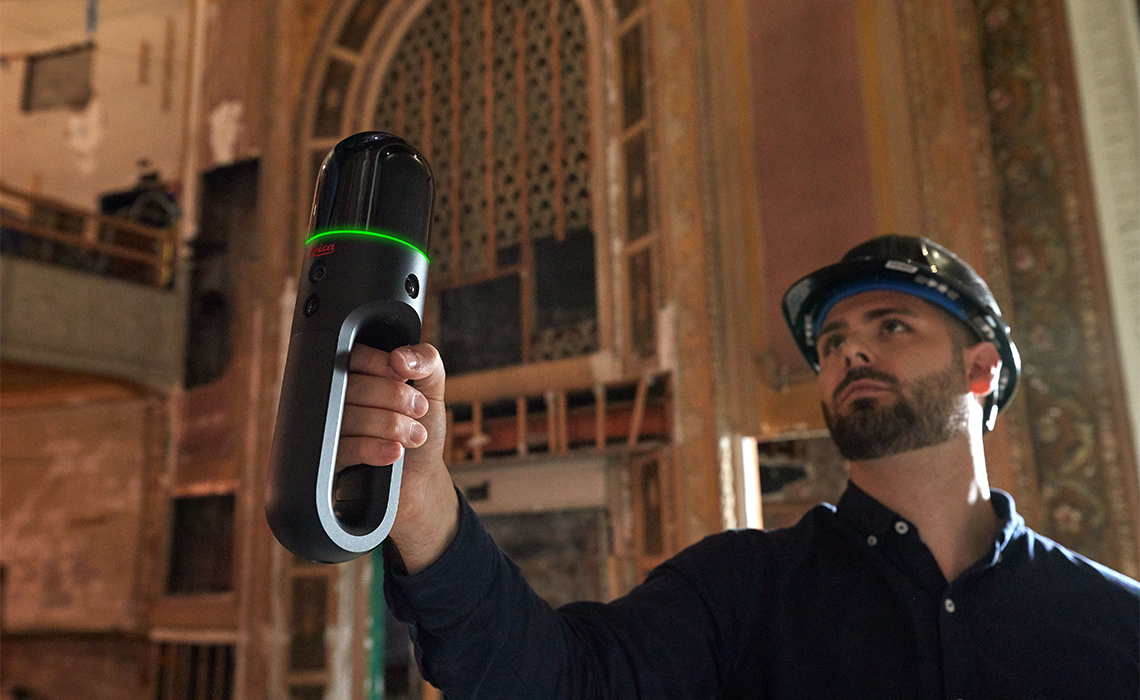 These features make the BLK2GO well suited to capturing awkwardly shaped, confined, or cluttered environments that would challenge stationary scanners. “Think of renovation and retrofits where there are no blueprints available, they are complex spaces, or you simply need to capture reliable 3D data,” Boeckem. He used a woodworking shop crowded with furniture projects and tools as an example: “Imagine, traditionally, how many tripod setups you would need here. Speed and complexity — that’s where the strength of the BLK2GO comes into play.” 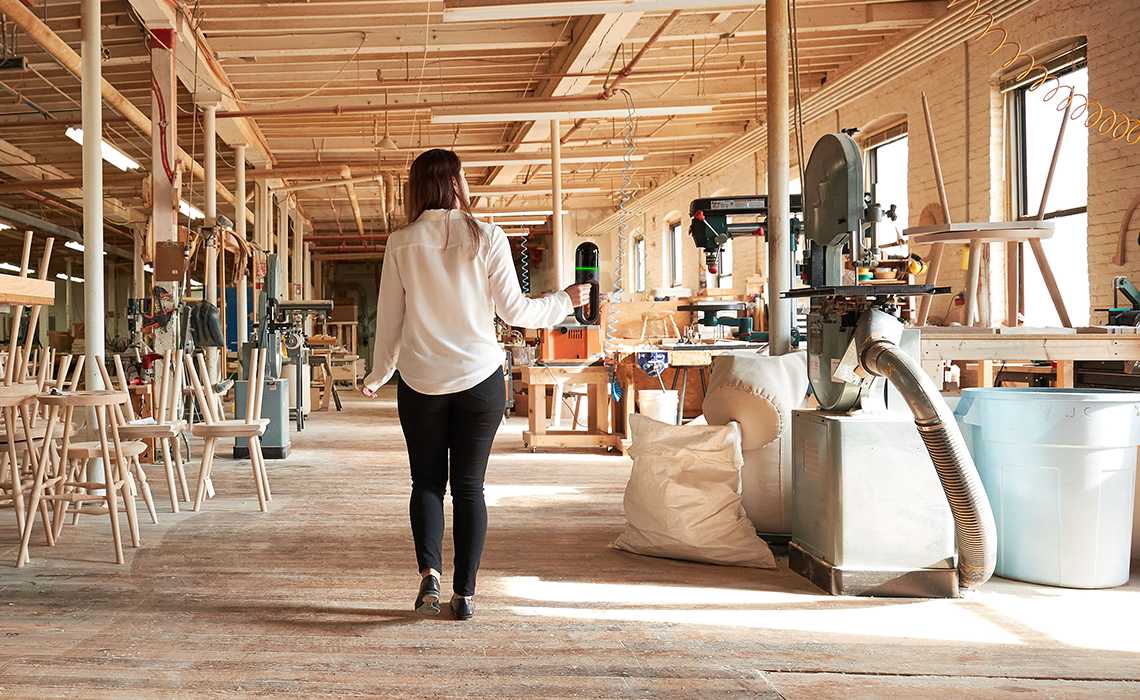 The BLK2GO is well suited to reality capture in complex environments and confined spaces, according to Leica. Image source: Leica Geosystems.

As far as speed goes, “it’s insanely fast — [it captures as many as] 700,000 points per second,” Boeckem enthused. The scanning mechanism performs up to 100 revolutions per second, capturing the area around the user with a radius of up to 60 meters. With the companion iOS app, users can get live feedback on their compatible mobile device while scanning, check the scanner’s status, or inspect data in the field.

The BLK2GO is also simple to use, Boeckem stressed: “Inside, it is probably one of the most complex systems we have ever designed, but all you need is one single button to operate.” The “complex system” includes a combination of data-collection technologies. “We call it the ‘trinity of SLAM,’ where SLAM stands for simultaneous localization and mapping: super-fast surveying-grade dual-axis LiDAR, multi-camera vision system, and also included, an inertia measurement system. That’s our idea of the perfect unbound, self-navigating handheld imaging scanner,” said Boeckem.

Accuracy and pricing of the BLK2GO have not been announced yet. The BLK2GO is expected to become available in October 2019.