Ads help support our ability to provide you all our articles and papers at no cost to you. Thank you for your consideration and support.
Sponsored Content
Testing & Analysis

There are many ways to cook a turkey, but have you ever wondered how it might turn out if it were heated via supersonic flight? Computational fluid dynamics (CFD) analysis can give you an idea.


Come Thanksgiving, one can find a variety of ways to cook a turkey. The most traditional way is to roast it, with some variations like grilling, smoking, or deep-frying. However, supersonic turkey cooking (STC) is rarely considered, despite some great characteristics that will be discussed below. Before getting your turkey-cannon ready, let us run a few simulations to optimize the cooking first! 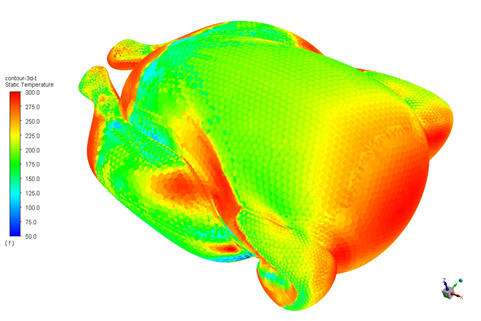 Dinner is ready, bon appetit! Surface temperature of a turkey flying at 525m/s (1722fps). The front and rear parts of the turkey are getting crispy, while the top and bottom are staying juicy. Some low temperature areas around the back legs could prove problematic.

The simulations presented below leverage Ansys Fluent’s mosaic meshing capabilities to simulate a turkey in supersonic flight. Mesh adaptation is used to capture the most complex physics of STC while internal temperature is simulated via Conjugate Heat Transfer (CHT). The turkey is modeled as a “meat” material with a heat sink term to model endothermic reactions due to cooking and water evaporation. Viscous heating option is activated under the k-w SST turbulence model. The turkey is plucked, flying at constant speed ranging from 500 to 600 m/s, elevation is sea level, and exterior temperature is 50°F — a nice fall afternoon for supersonic turkey flight. 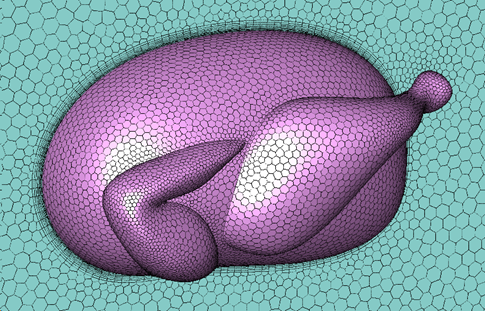 Using the methodology described above, we found that only a narrow velocity band is appropriate for STC. At 500 m/s, the turkey’s insides are not rising to the FoodSafety.gov-recommended 165°F internal temperature. We ask that you steer away from underpowered turkey cannons or risk food poisoning; a flight speed of 525m/s is the minimum you should consider for adequate cooking. Safety first!

The front and back areas are predicted to be crispy, while the top and bottom areas should stay nice and juicy. Some areas on the turkey legs remain cool, which is a letdown for those like me who prefer nicely broiled legs. Possibly extending the legs a little may alleviate this issue. For those who prefer a crunchier skin, and faster cooking, a flight speed of 550 m/s is found to be adequate, however any speed above 575 m/s is to be avoided since it would char the turkey’s exterior and risk being called “amateur” by some of your hungrier family members. Wait … is that just my family? At any rate, not an ideal situation — and one that can be avoided thanks to simulations!

Next year, Rand SIM will study STC using unsteady simulations with a focus on flight time required to cook the turkey properly. 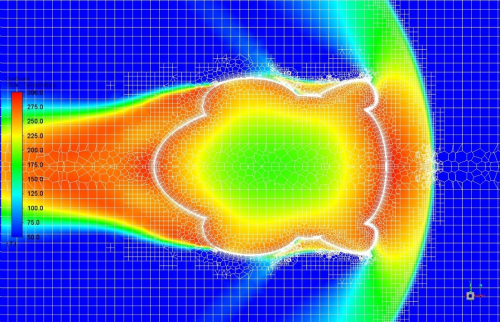 The dynamic mesh adaptation captures nicely the bow shock in front of the supersonic turkey at 525 m/s. The center of the turkey, while cooler, is still above the recommended 165°F. 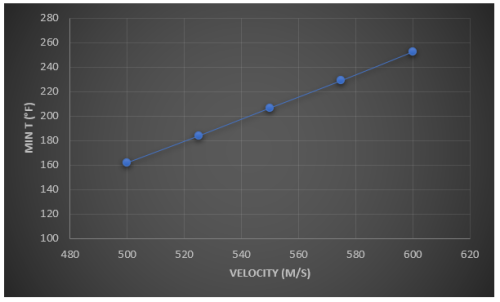 Minimum turkey temperatures predicted for a range of flight velocities. The 165°F internal temperature recommended by FoodSafety.gov is not reached for STC velocities at or below 500 m/s.

About the Author: Alex Lefebvre