Design Concepts calls on PareTOWorks, a new SolidWorks add-in, to confidently eliminate the metal hinge in a stadium seat.


Imagine you're a team member at a product design firm, and your team has an idea for an innovative new stadium seat. The project poses a number of challenges, including the following:

That was the scenario for Design Concepts, an award-winning product design consultancy in Madison, Wisconsin. Fortunately, new topology-optimization software — in the form of an add-in to SolidWorks — helped the firm cut design time by about 60% and design costs by more than 50%. In addition, the team eliminated the need for a metal hinge in the seat, which previously constituted 60% of the total manufacturing cost. 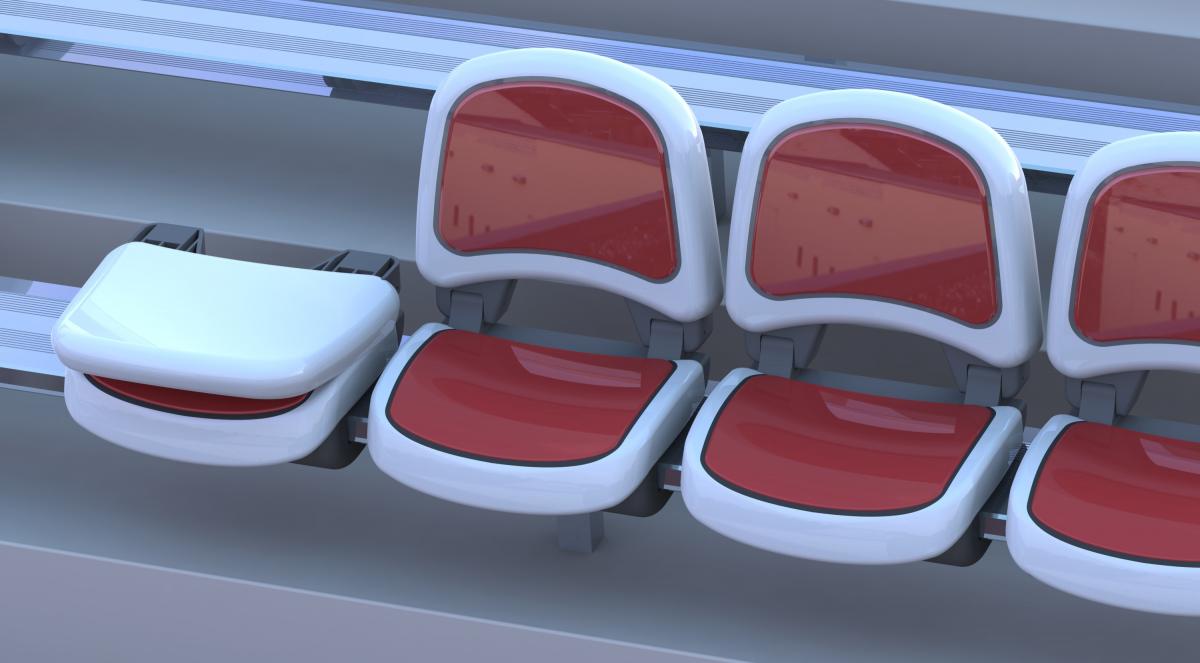 
The lead mechanical engineer on the project, Chris Strahm, believes topology optimization will become a powerful tool for designers. "It's exciting," he said. "Now we have a new approach to starting an engineering-heavy project. There's greater potential for a unique design for our clients."

The add-in, named PareTOWorks, uses generic geometry and specific user-defined constraints to arrive at a first proof of principle (POP) model within minutes — or even seconds. From there, it's a matter of a few adjustments to create a presentation-ready design option.

PareTOWorks is being developed by Krishnan Suresh, an associate professor in the College of Engineering at the University of Wisconsin–Madison. The name stems from pareto-optimal solutions to topology optimization, he explained, with pareto-optimal meaning many solutions to engineering problems that have conflicting objectives.

Topology, as described in a recent Science News article by Julie Rehmeyer, is essentially the study of connections. "For a topologist," she noted, "two objects are the same if one can be shrunk or stretched into the same shape as the other, but without punching holes or gluing anything together, since that would change the way the parts of the object connect to one another."

PareTOWorks is used at the onset of a project. A simple one- or two-feature solid body is created in SolidWorks, representing the general shape of the product, and then optimized using the PareTOWorks add-in. The output of this optimization is a stereolithography (STL) file, such as the example shown below. 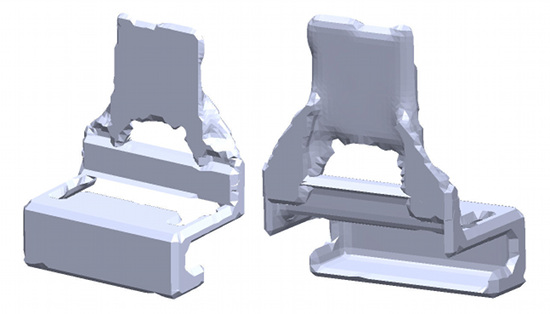 Front and back isometric views show the optimized output of the stadium seat design.


This STL file then serves as an underlay for the construction of the final product geometry, modeled in Solidworks. "We essentially build over the STL file that defines the key structural areas for us," explained Strahm. In addition to saving designs in STL format, users can impose draw directions for casting and injection-molded parts.

About the Author: Beth Stetenfeld