Herrera on Hardware: Windows 10 Pro for Workstations holds appeal for a minority of workstation customers, yet is a mandatory purchase for the majority, including most CAD users.


Microsoft has added a new version to its Windows 10 lineup — one that could find value in the upper reaches of the workstation market, but could also put a damper on workstation buying decisions. The company asserts that Windows 10 Pro for Workstations, launched in conjunction with the Fall Creators Update last month, offers new features optimized to serve the most demanding workstation-based applications. And while some features of the new operating system (OS) may represent welcome advancements in upper-end niches of the market, Microsoft's decision to mandate the OS on the vast majority of new workstations sold could have a negative ripple effect on the market.

Prior to October 1, 2017, anyone who bought a Windows workstation most likely had it shipped with Windows 10 Pro. (Prior to Windows 10 Pro achieving a broad level of acceptance, the default was Windows 7 Professional.) Since then, most new machines have shipped with Windows 10 Pro for Workstations, whether buyers prefer that OS or not. That’s because most buyers choose a workstation model based on an Intel Xeon processor — models for which Microsoft has made this OS not an option, but a requirement.

At first blush, an OS specifically optimized for workstations would seem like only a good thing. After all, it owes at least part of its DNA to the Windows Server OS tree, which is designed for reliability (one key reason it has historically made sense for workstations and servers to share base technology). Looking through the list of key enhancements the new version delivers (the list below is reproduced directly from Microsoft’s blog), there are features bound to excite some high-demand users.

Expanded hardware support: Handle demanding workloads by running Windows 10 Pro for Workstations with the support (for) high end configurations including server grade Intel Xeon and AMD Opteron processors, up to 4 CPUs (today limited to 2 CPUs), and up to a massive 6 TB of memory (today limited to 2 TB).

It certainly appears that this OS brings good things, with the only useless feature — for all practical purposes — being the support for four CPUs, as no conventional workstations today are sold with more than two sockets. And it certainly could be a compelling OS choice for high-end buyers that are pushing their dual-socket configurations to the limit, and for those who must have absolute 100% reliability (versus, say, the 99.99-ish% most of us would tolerate).

For everyone else, the OS would appear more a nice-to-have than a must-have. Sure, devil’s advocate arguments could nitpick the importance of features such as ReFS for clients, since

Still, nitpicking aside, we can’t imagine anyone would be disappointed to see more advanced features than they previously would have had, all else being equal.

But therein lies the rub: All else is definitely not equal, as Windows 10 Pro for Workstations is more expensive than standard Windows 10 Pro. So the question becomes not whether the OS has its merits, but whether the majority of workstation buyers value those merits enough to want to pay more for them. And if not, should they be required to buy it rather than the existing OS that they were perfectly satisfied with?

The Question of Cost

How much more will Windows 10 Pro for Workstations cost? Upon release of the Fall Creators Update, the new OS will be available as a retail upgrade (from Windows 10 Pro and Windows 10 Home) from the Microsoft Store for about $125 and $205, respectively.

But the more pertinent question is how much it will cost at the original equipment manufacturer (OEM) level, when it ships on a new workstation — because that’s the manner in which most CAD buyers would acquire it. Unfortunately, that’s tougher to pin down. Since the OS goes hand in hand with a Xeon processor, it’s not possible to separate the Xeon premium from the OS premium when configuring an OEM’s workstation model. Furthermore, it will be up to the OEM as to how much of the incremental cost it will absorb rather than pass along to buyers. Still, we’re talking at least tens of dollars and possibly a hundred or more, depending on configuration.

Is It Necessary for a Sub-$2,000 Single-Socket Workstation?

Let's dig deeper into Microsoft's decision to make a hard requirement not on all workstation models, but just those built on Xeon. At first, that alignment might seem to make good sense. After all, Xeon is just for those über-expensive dual-socket machines for bleeding-edge research and visual computing applications, right? If it were, such high-end, relatively exotic features would seem to complement exotic, heavily configured dual-socket Xeon workstations well. It might make for quite a compelling match, actually. Unfortunately, that’s a rationale that would only have made sense a decade or more ago, when Xeon was limited to the most expensive and souped-up corners of the workstation market.

Xeon’s market penetration has changed a lot since those days. The vast majority of Xeons today don't ship in high-end 2S models; rather, they now dominate the mainstream single-socket meat of the workstation market, selling not for $10,000 or $20,000 but around $2,000. Based on my tracking of the market for Jon Peddie Research, Xeon workstations now outship Core models in the overall deskside market by a factor of around four to one. So a mandate for this new OS will not just affect the buyers of the top couple percent of very top-end, thin-air models; it will directly impact the vast majority of workstation buyers, including the single largest community of such users: CAD professionals. 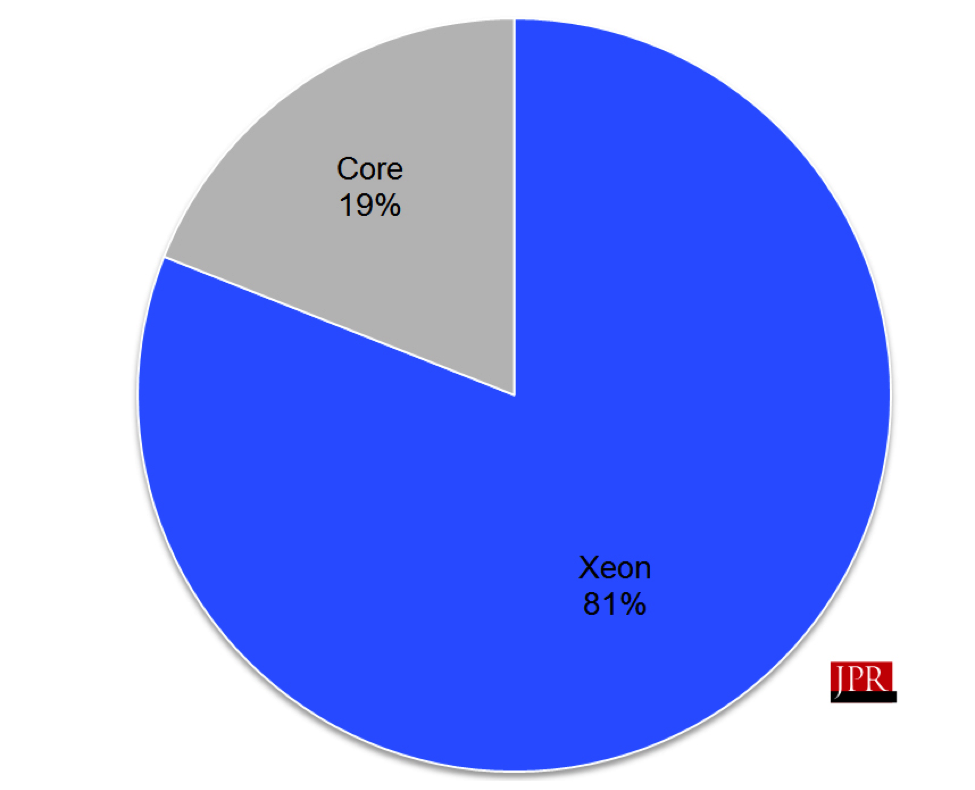 It's no secret that the majority of PC-based markets have been suffering the last few years, with quarter after quarter of down — or flat — sales results. So if a vendor with a strong vested interest in PCs discovers a segment within that broader market that remains strong, with healthy growth and robust margins, it might be tempted to exploit that segment for extra dollars to make up for stagnant growth and thin margins elsewhere. It looks like Microsoft may have decided on just such a course with its Windows 10 Pro for Workstations. For the majority of customers buying Xeon workstations today, this new OS requirement is essentially a tax: a required expenditure for something they’d have just as soon gone without.

Again, the point here is not that Windows 10 Pro for Workstations is of no value. A modest contingent of no-compromise, high-end 2S workstation buyers will surely welcome its features enough to hand over more dollars to get them. And had Microsoft made it compulsory for just those heavily outfitted 2S workstations, we’d have far less to debate. The point is that Microsoft now requires it for the majority of buyers, rather than making it an available option. And most workstation professionals — first and foremost, most CAD professionals — now have to pay for an OS they didn’t ask for, or compromise on hardware choices to circumvent the tax. Most notably, the roughly 80% of buyers opting for Xeon deskside workstations could now instead opt for Core brand CPUs instead. (Yes, a move to Linux is also a theoretical work-around, but not practical for the vast majority beholden to Windows-based applications.)

Because Microsoft has precluded choice by mandating the features and the price bump, we imagine every stakeholder in the market will feel an impact, whether a provider or consumer. As with many mature markets, workstation average selling prices (ASPs) don’t increase (at least not substantially or for long), and the ASP for workstations has remained remarkably steady at under $1,900. So the bulk of CAD workstation buyers will likely compensate for the upcharge on the OS by cutting elsewhere, perhaps settling for a CPU SKU with fewer cores or lower GHz, downgrading a GPU, trimming memory footprint, or cutting storage capacity. And if so, OEMs like HP and independent hardware vendors (IHVs) such as NVIDIA, AMD, and Intel may feel a bite taken out of their revenue and/or margins. OEMs and Intel probably stand the most to lose, given that savvy buyers of single-socket workstations can simply downgrade to a lower-end workstation model — say, drop from the HP Z440 to the HP Z240 — then choose a Core i7 CPU instead of the Xeon, and still get the same amount and performance level of memory and storage.

Who knows, Microsoft itself might regret the move in the long term, as it likely won’t spur growth and could stir resentment. Or perhaps the company will reconsider, and let the market be the judge in determining the value of Windows 10 Pro for Workstations.