What Do Windows 10 and DirectX 12 Mean for CAD Users?

Herrera on Hardware: Should you upgrade to the new version of Microsoft's operating system, or hold off?


Although its imminent rollout has received much less fanfare than previous versions of the operating system (OS), Windows 10 is scheduled for production release at the end of July. Following on the heels of both the very popular Windows 7, and the equally unpopular Windows 8, the emergence of Windows 10 begs two important questions: What enhancements will the OS offer for typical CAD users and workflows? And will their value be compelling enough to persuade Windows 7 users to upgrade? The answers will vary, and they won't follow the rationale that has guided most users in previous Windows transition cycles.

For years, the PC industry and its customers followed a very predictable course whenever Microsoft released a new version of the Windows OS. Original equipment manufacturers (OEMs) immediately began shipping their computers with the new version, customers bought the systems, and many in the field upgraded. This pattern characterized the OS progression from Windows 3.1 to Windows95, Windows98, and WindowsMe, and eventually to the first workstation- and server-caliber version: WindowsNT.

On NT's heels came Windows 2000, arguably the generation that first crossed a critical threshold of functionality and reliability — not a defined, measurable, black-and-white threshold, but a threshold nonetheless. Although it wasn't perfect, for the first time end users were relatively content, making future transitions less urgent. The decision to upgrade with each version release was no longer an automatic one.

WindowsXP further solidified that position, becoming so well accepted as to help doom its successor, Windows Vista. Vista provided no compelling reason to upgrade and became the first major generation of Windows to be generally ignored in professional segments. Truth be told, the only reason it ever reached any kind of substantial penetration was that it came pre-installed on PCs.

Microsoft's current mainstream OS, Windows 8, has echoed the Vista scenario. Windows 7, much like XP, was a major success that provided businesses and consumers the key features and look-and-feel they needed, while substantially improving stability and security. To a large degree positioned to help Windows span from PCs to touch-based devices (especially tablets), Windows 8 abandoned the default, tried-and-true desktop interface, drawing widespread disdain among the corporate and professional ranks. Not only were users and IT managers running Windows 7 not motivated to upgrade, but most actively avoided the transition.

Windows 10: Back to the Familiar

After the disappointment of Windows 8, Microsoft had to be eager to get to Windows 9. But for a reason the company never fully explained, the Windows 8 successor is named Windows 10 instead.

For many, the most exciting feature of Windows 10 won't be new at all, but will simply be a return to the familiar business desktop interface of Windows 7 (and prior versions). Particularly welcome is the much-anticipated revival of the Start button, which was jettisoned by the Windows 8 interface. Back in a comfortable desktop computing environment, Windows 7 users probably won't see a major change in their daily computing work as a result of the updated Windows 10 interface.

Yes, there are a few new user interface (UI) widgets, such as Task View, designed to help users better see, select, and switch to multiple applications across multiple desktops. But while we all may adopt (and hopefully not curse) some of these new bells and whistles, I don't expect most CAD users will find anything in the Windows 10 UI to dramatically change the way they run, navigate, and manage their mission-critical applications. 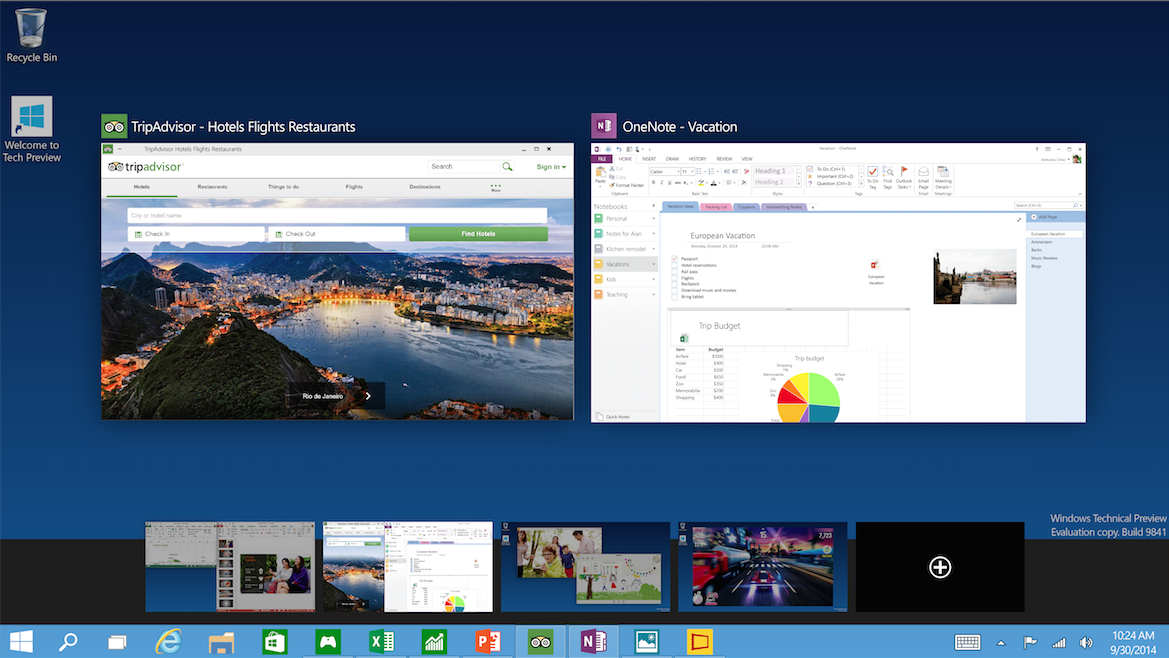 However, there's another piece to Windows 10 that has nothing to do with the UI, but can have quite a bit to do with improving the visual experience for CAD, with respect to performance and image quality: the DirectX 12 application programming interface (API).