While the mysteries of Stonehenge, constructed in England between 3,000 and 2,000 BC, may never be truly revealed or understood, a recent examination of the historic monument using cutting-edge visualization tools has unearthed some fascinating carvings that date to the Bronze Age. It is not yet known what questions about Stonehenge these carvings will answer, but the project did demonstrate the potential for using laser-scanning and visualization technology on the world's antiquities.

The plan to more closely examine the stone structure began in November 2011 when English Heritage, the U.K. government's statutory adviser on the historic environment, commissioned the most detailed laser scan survey of Stonehenge ever undertaken. During the project, each stone was recorded with point spacing of 0.5 millimeters by the Greenhatch Group survey company. The resulting resource, comprising more than 850 GB of survey data, would lead to new discoveries about the monument.

In April 2012, the enormous task of examining the data was awarded to ArcHeritage, part of the York Archaeological Trust, whose Geomatics and Visualisation team examined the laser scan survey. One challenge was to visualise a large amount of information and identify and isolate very subtle features. Preliminary examination of meshed models showed promising signs of useful information in the data set. For example, individual tool marks more than 5,000 years old could be seen and identified, but there were also tantalizing hints that the data contained prehistoric artwork carved onto the surfaces of the stones.

Examining the meshes alone was not sufficient to draw out these ancient carvings from the data; a different method had to be employed. The team decided to visualize the original point-cloud data and created a workflow using Bentley Pointools, which enabled large datasets to be loaded, which facilitated the examination of the full 0.5-millimeter-resolution data. In addition, the shading functions in Bentley Pointools proved instrumental in visualizing subtle features.

Shading functions made indistinct aspects of the images easier to see.


Bentley Pointools' Plane Shading function was used to create a greyscale band 7.5 centimeters wide, which was moved at 1-millimeter intervals through the data to make a high-quality rendering of the plane shaded image. The process was repeated 75 times to complete a full color change for every point in the data. Depending on the position in relation to a preset camera plane, each point would be assigned a greyscale value, which creates the potential to see very subtle features hidden in the data. The team combined all 75 images into an animation, which proved astounding; as the greyscale band was moved through the data, prehistoric carvings could be seen fading in and out of view. 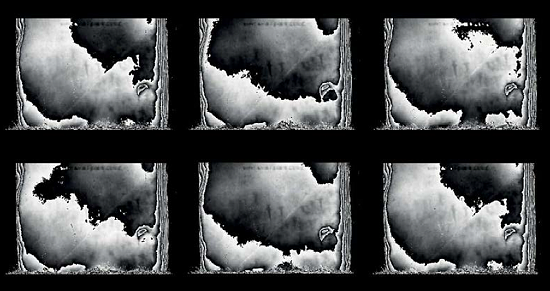 A range sequence image from the Stonehenge data analysis.


Thanks to the team's innovative use of Bentley Pointools' visualization capabilities, this eroded prehistoric artwork could be seen for the first time in possibly thousands of years. Once the team identified the extent of the carvings, they used Bentley Pointools' measuring and point-location tools to accurately plot the carvings to the Ordnance Survey grid.

When the examination was completed, it was clear the team had made some major discoveries. For a start, 72 previously unknown prehistoric carvings had been uncovered — almost double the number of known carvings at Stonehenge. The carvings of Bronze Age axes are estimated to be made from 1,750 BC to 1,500 BC, roughly a thousand years after Stonehenge was constructed. It is hoped the carvings will help archaeologists understand the type of civilization that existed there more than 3,000 years ago.

Moreover, these discoveries, exciting in their own right, illustrate how project teams can use laser-scanning data to make groundbreaking discoveries on the world's ancient wonders. In addition, using these visualization techniques on other sites has the potential to greatly impact how archaeologists perceive and utilize technology on future heritage projects.

Marcus Abbott, a member of the ArcHeritage Geomatics and Visualisation team that worked on this project said, "English Heritage presented us with over 800 gigabytes of data; we needed a software solution that would handle and visualize vast quantities of survey data. Bentley Pointools is capable of loading both 3D mesh data and point-cloud data; furthermore Bentley Pointools has a full suite of measuring tools and unique visualization tools. This functionality was crucial to the success of the Stonehenge project, and the discovery of unrecorded prehistoric rock art on the stones was first realized in Bentley Pointools."

About the Author: Richard Zambuni