A look the relationships and settings in the Toolspace Settings tab.

For all the time I have spent on Styles, I haven't tried to explain the myriad of relationships and settings in Toolspace's Settings tab. First Toolspace's Settings is a hierarchical tree. In other words, settings at the tree's top push down to each branch's end. Secondly, at critical tree-branch points, any setting can be changed. Thirdly, the change's scope depends on where in the tree the change is made. 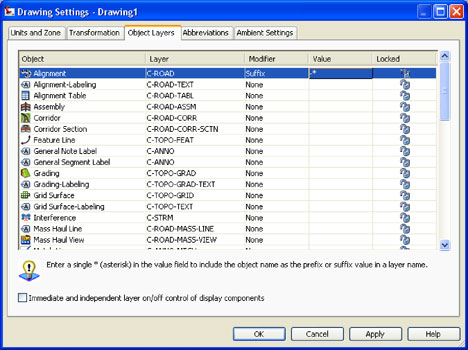 An object needs a layer assignment to exist in a drawing. This panel defines an object's drawing layer. Each object layer can have a prefix or suffix and a value. The prefix or suffix's value is generally the object's name. For example, the alignment layer with a suffix modifier and a suffix's value of -* (dash asterisk); the asterisk forces the use of the alignment's name. For an alignment named OAK, the resulting object layer is C-ROAD-OAK. By assigning a prefix or suffix to an object layer, the objects will use the same root layer name, but have a unique layer name based on the object's name. Because each object has its own layer, you are able to Freeze the object's layer without affecting other objects of the same type.

The object components will use a layer list defined in the object style.

However, would it not make more sense to have the label layers contain the surface's name, i.e. the label layer is appended by the object's name. For example, the existing surface labels would be on C-TOPO-TEXT-EXISTING and the proposed surface labels would be on C-TOPO-TEXT-PROPOSED. When working with alignment labels, the need to have independent control of each alignment's labels becomes even more important.

To force any Civil 3D label to an Object Layer value, in the style's General panel, you need to set the label layer to 0 (zero). Setting the style's layer to 0 (zero) forces the style to use the Object Layer values to create and assign a layer. In Figure 2, the Object Layer value for TIN Surface – Labeling is set to C-TOPO-TEXT with a Suffix modifier and its value set to -* (dash followed by an asterisk). The asterisk concatenates the root layer name with the object's name. This method reduces the number of label styles. The newly created layer has the same properties as the root layer (C-TOPO-TEXT). 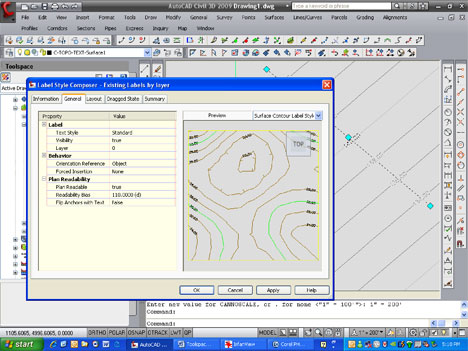 Assigning an Object Layer for Annotation. The Edit Drawing Settings dialog box is the only place to create and edit Object Layer values. 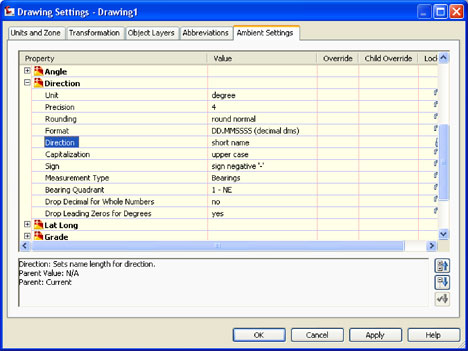 When implementing Civil 3D, we think so much about layers, layer properties, and how things look. Yet, there is another aspect to an implementation; how things should behave. The questions to ask are, does everyone use decimal degree entry? If so, then setting this ambient value at the drawing level insures all objects will use this method. If the answer is everyone but surfaces, then you must edit Surface's Feature settings so the entire surface branch uses it own special value. Changing the value at the feature level affects everything in the branch using the changed value. If the answer is just this or that command uses a different value, then the change occurs in the command's copy of ambient settings and the scope of change affects only that command.

About the Author: Phillip Zimmerman