Every new technology goes through a phase where its reputation is established by hype instead of results. The process even has a name (the Hype Cycle), a Wikipedia page, and a consulting service (Gartner) using it to analyze trends. Three-dimensional printing has not made the annual “Gartner Hype Cycle for Emerging Technologies” report for several years, because it has established itself as a useful technology in many disciplines and industries. But if Gartner analysts were to take a closer look at 3D printing for construction, they might rewrite the list and place that particular application of the technology in the Trough of Disappointment.

Hype heightens expectations; disappointment comes when those expectations go unmet. Today, no large-scale building projects are using giant 3D printers to lay down floor after floor, unattended and without error. No general contractor is using 3D printing on a routine basis to place a house frame on a lot in a day. But behind most technologies that fall from the Peak of Inflated Expectations into the Trough, there is an original notion that carries enough residual energy to eventually lift the idea out of the Disappointment phase, up the Slope of Enlightenment, and then to Gartner’s final phase, the Plateau of Productivity.

If the Amsterdam-based company Aectual had a vote, 3D printing for construction would already be climbing the slope. Aectual is using 3D printing to create sustainable, customized 3D-printed flooring, facades, staircases, and other building components. Aectual’s beautiful and sturdy work has been commissioned and installed in a variety of high-profile projects around the globe in the past two years. 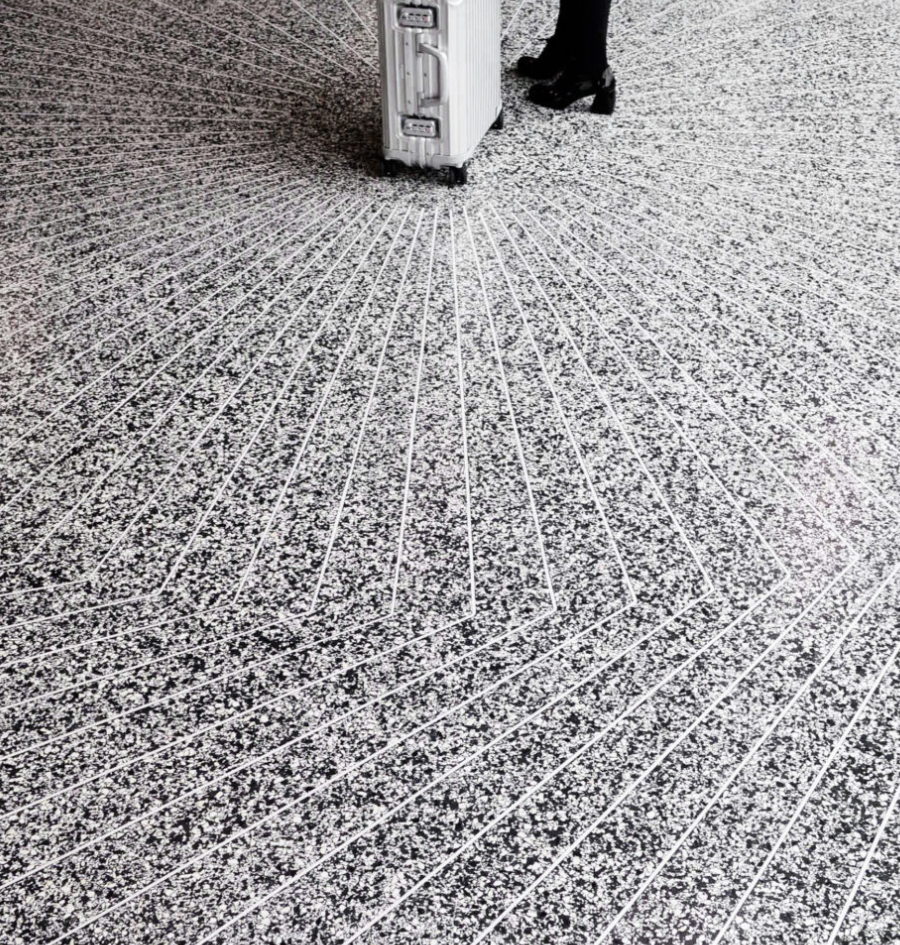 
“We believe in 3D-printed houses,” says Aectual cofounder Hedwig Heinsman. She speaks with the passion of her experience: During her time as an architect at DUS Architects, she became consumed with the idea of reinventing the construction industry. “Our industry can have a huge impact on the environment,” says Heinsman. “Soon there will be seven billion people on the planet. Half of all materials taken from the planet today go to construction. Half of the CO2 [produced by human activity] is caused by construction. If you compare construction from 2,000 years ago to today, the only change seems to be hardhats. It is still a labor-intensive, wasteful industry.”

Aectual is a spin-out from DUS Architects, with a mandate to make Heinsman’s passion a reality. The company’s primary product today is flooring: Aectual Floors is an innovative 3D-printed, pattern-based flooring system using terrazzo infill. Each floor is custom to the project. Aectual is also using 3D-printing technology to create custom facades, molding, and even a few small printed homes. “We make it possible to create your own design for spectacular floors in, for example, a hotel lobby, or for a striking retail brand,” says Hans Vermeulen, Aectual co-founder and CEO. “This gives designers complete design freedom.”

The goal of transforming construction into an automated, sustainable process meant Aectual had to bring robotics, extrusion technology, and materials development into the architectural kit. “From the virtual to the reality for AEC ... we are as much a software company as a hardware company,” Vermeulen observes. 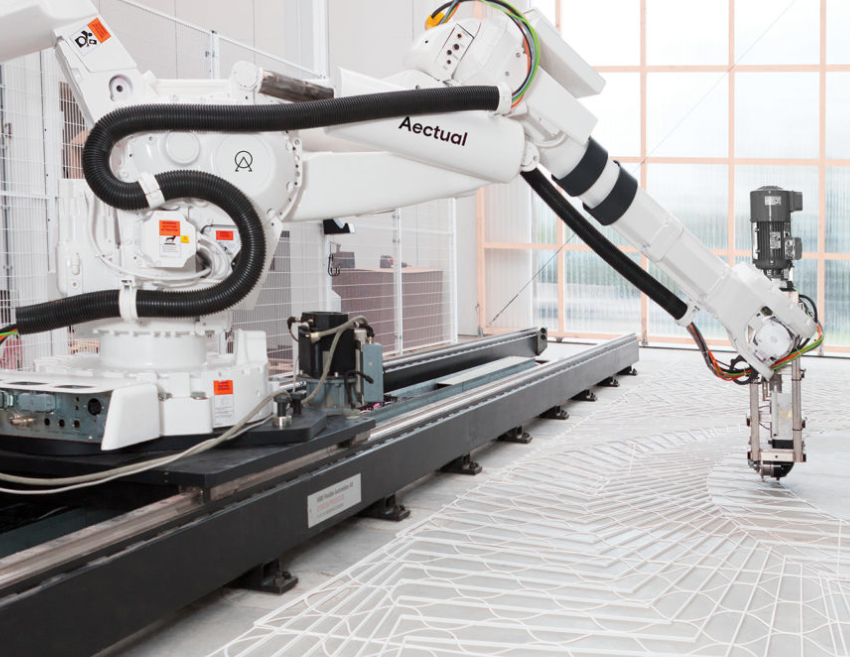 
The Digital Future of Concrete

Three-dimensional printing is a form of digital fabrication — the direct transmission of model into substance. Applied to construction, such fabrication requires new thinking and new business models. A solo genius/artist like Heinsman can point the way with a company like Aectual, but to move the industry forward will require the combined efforts of many companies exploring all the facets of digital fabrication for construction.

For the near term, concrete will be the focus in architectural digital fabrication. Design for concrete digital fabrication will require new approaches in both materials and engineering. “Physical architectural forms are not keeping up with the limitless design freedom possible in digital environments,” says Andrei Jipa, an architectural researcher at ETH Zurich in Switzerland. “But 3D printing is here to help us bridge this gap. To maximize the potential impact of this technology, we are using 3D printing to work with the most-used material in the world today, concrete.”

Concrete seems to be up to the challenge; it has excellent structural capabilities and can be cast into any conceivable shape. Materials firms are working with adding steel or composites. “Thanks to 3D printing, we can build our next projects using structural prefabricated concrete components which are highly optimized, with accurate features in the range of a tenth of a millimeter,” says Jipa. “3D printing allows us to precisely position complex reinforcements, to integrate additional functionality, provisions for building services, and a smart assembly logic.”

Jipa has launched JAM.d, an engineering consulting firm specializing in the middle ground between new design ideas for digital fabrication and the engineering required to fabricate. He regularly uses Kangaroo for Grasshopper, a Rhino 3D app for physics simulation, in his architectural explorations. “With 3D printing we now have access to a previously unavailable design vocabulary for concrete,” says Jipa, “with diverse topological features such as inner voids, undercuts, micro-surface structures, porosity gradients, branching, or tubular networks.”

Clients come with novel projects: JAM.d has worked on a concrete boat, and created a design for a prefabricated Smart Slab 38 feet long, delivered as 11 segments assembled on site. Jipa’s engineering reduced the slab material by 70%, from 50 tons to 17 tons. “3D printing gave us the freedom to create an articulated surface but also place in functionality, bar locations, and more. Digital fabrication changes not just design processes, but onsite processes,” says Jipa. 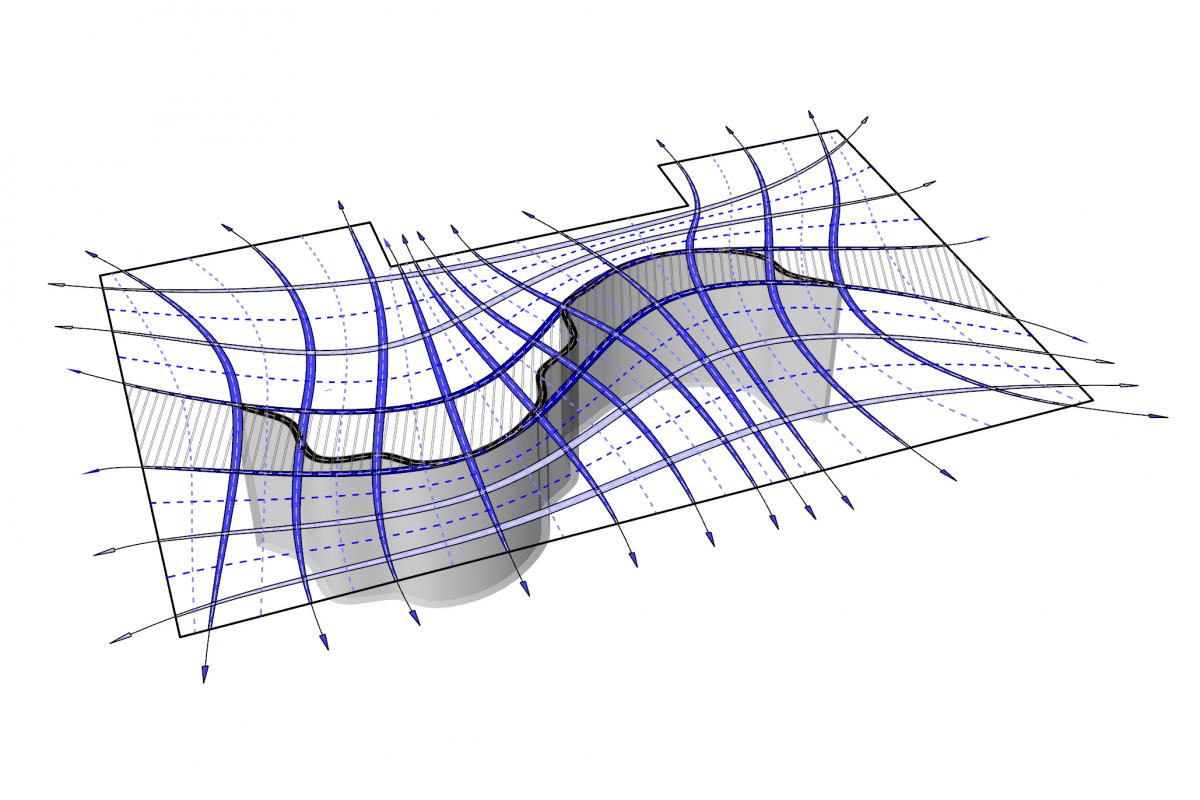 Engineering detail for the Smart Slab, a hierarchical grid of post-tensioned ribs cantilevering from a mesh mold wall. Image courtesy of Andrei Jipa. 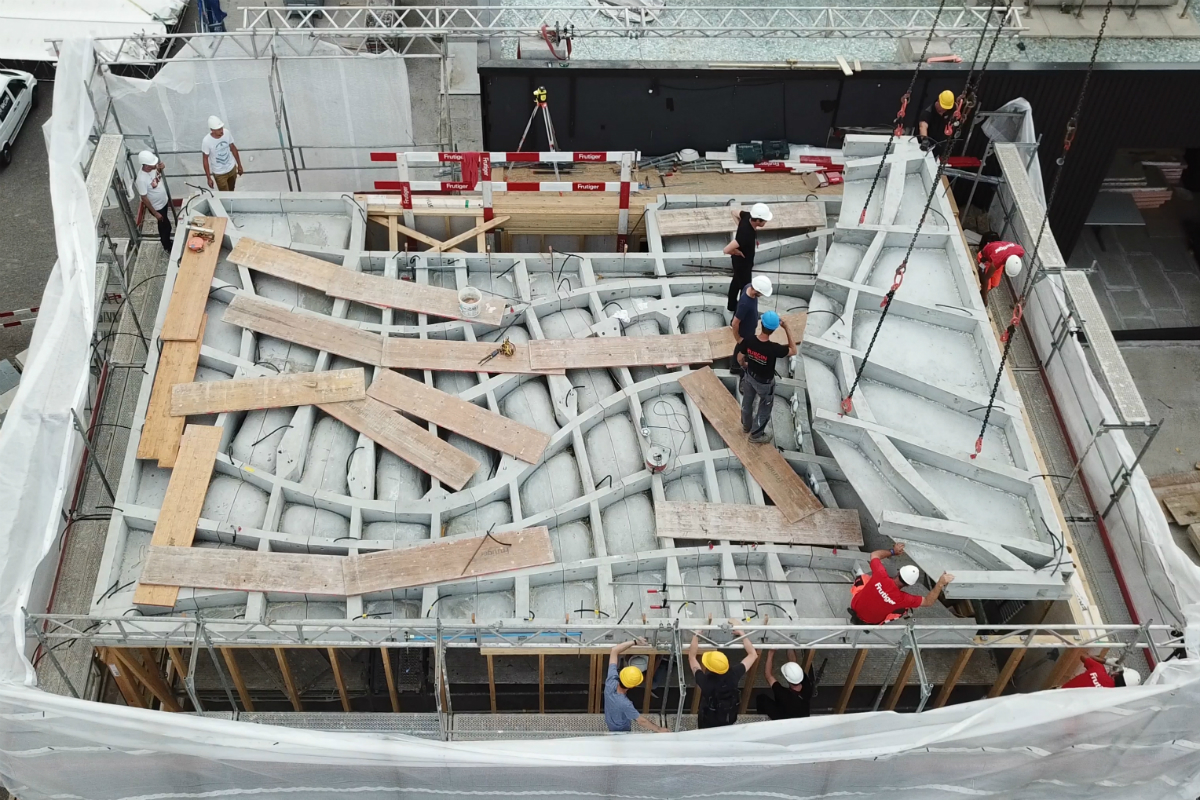 Installation of a segment of the Smart Slab. Image courtesy of Andrei Jipa.

The work of Aectual and JAM.d are on the high end of the architectural market, but 3D printing will work at the low end as well. In August 2018 a mixed team of Navy Seabees, U.S. Army Corps of Engineers, and the Marine Corps Systems Command Additive Manufacturing Team used a specialized 3D concrete printer to print a 500-square-foot barracks room in 40 hours. 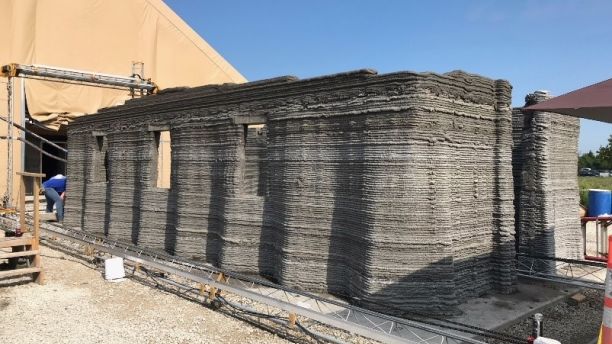 “This exercise had never been done before,” says Capt. Matthew Friedell, a project officer with USMC Command Operations. “People have printed buildings and large structures, but they haven’t done it onsite and all at once. This is the first-in-the-world, onsite continuous concrete print.”

It would take a team of 10 Marines five days to build a similar structure using wood. “In active or simulated combat environments, we don’t want Marines out there swinging hammers and holding plywood up,” Friedell adds. “Having a concrete printer that can make buildings on demand is a huge advantage for Marines operating downrange.”