Disruptive innovation may indicate the arrival of a technology that’s new to a market. But it can also be defined as a product or service that moves from being accessible to only the high end of a market to being available to the entire market, essentially creating a new market and redefining value. Going by either definition, disruption is alive and well in metal 3D printing. Several new products and trends illustrating this were on display at formnext, Europe’s largest trade show for 3D printing. The third annual event was held in November in Frankfurt, Germany.

Belgian software developer Materialise started as a 3D printing service bureau, but pivoted to software development to better serve its clients. For years, its e-Stage for Stereolithography has been an industry standard for simplifying the design of support structures needed for successful 3D printing of complicated shapes. At formnext, Materialise introduced a new version of the software product, specifically designed for metal printing. 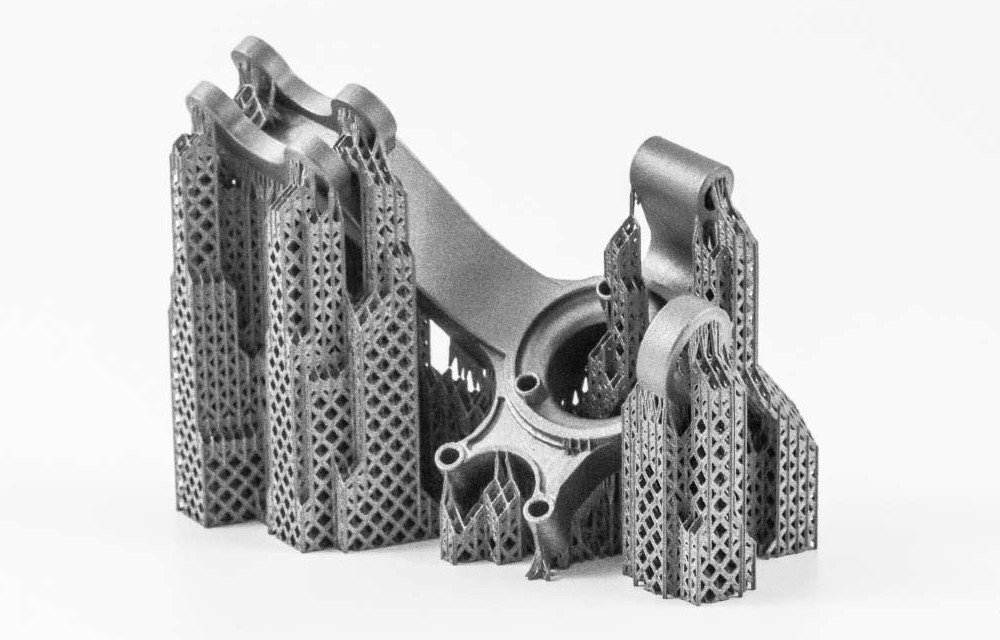 Materialise e-Stage for Metal automates the process of designing support structures for 3D-printed objects, such as this titanium part. Image courtesy of Materialise.

Materialise claims e-Stage for Metal will decrease support design time by as much as 90% when compared with general-purpose CAD products. The benefits extend into the printing and finishing of parts: Materialise claims support removal time is up to 50% less, and part finishing time can be reduced by as much as 20%. Materialise also says using e-Stage for Metal allows for nearly 100% recapture of metal powder, usually trapped inside the support structures.

Airbus, an aerospace corporation, was an early user of e-Stage for Metal. In a statement released at formnext, Airbus said its work with the product convinced the company of e-Stage’s ability to “reduce powder consumption, reduce post-processing time, increase build job speed while still guaranteeing a high-quality build.”

Market disruption doesn’t always move from high-end to the broader market all at once. Current top-of-the-line laser 3D printers are priced between $1 million and $2 million, and provide one or two lasers for part building. The new Renishaw 500Q offers four high-power 500 W lasers, each able to access the whole powder bed surface simultaneously, and does so for $940,000 per unit. Renishaw says the use of four robotic arms — linked with its new process monitoring software — offers a 3.5x productivity increase for high-precision metal printing. Other new features include automated powder- and waste-handling systems to improve process quality, reduce operator intervention time, and increase system safety.

Renishaw says the 500Q can run at a deposition rate as high as 150 cm3/hr. Like other laser-based metal printers, it runs in an argon environment; Renishaw says it is offers “class-leading” vacuum preparation and argon consumption in the build chamber. 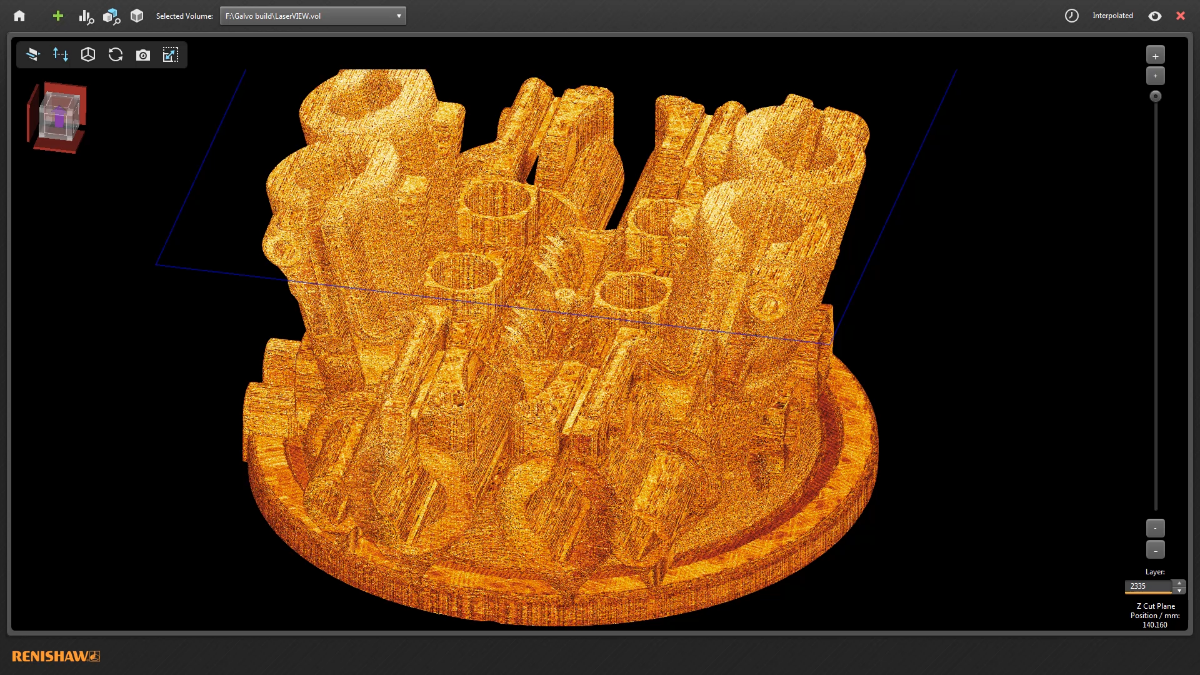 Aluminum die-casting for industry is a $55 billion market. A high percentage of the parts are built as part of the manufacturing process, not for end-use products. Current-generation metal 3D printers, however, are not targeted to meet that need; instead, they’re designed to create high-end special products for aeronautics, medical, and high-tech applications. These 3D printers use expensive custom-milled powders as their raw materials, and neither the printers themselves nor their metal powders are cost effective for the die-cast industry in general.

A new 3D printer company from Melbourne, Australia, thinks it has a solution to this situation. The Spee3D printer uses commodity aluminum or copper powder and a rocket nozzle in a process the company calls “supersonic 3D deposition.” Spee3D prints parts in minutes, by using the nozzle on a robotic arm to accelerate air up to three times the speed of sound. The printer literally smashes metal together with kinetic energy. The result is parts with normal metallurgical properties, and because the process does not melt powder during the formation process, Spee3D can move more quickly through the production process than laser-based 3D printers can. Spee3D says the commodity metal powders it uses are “low in cost and abundant.” 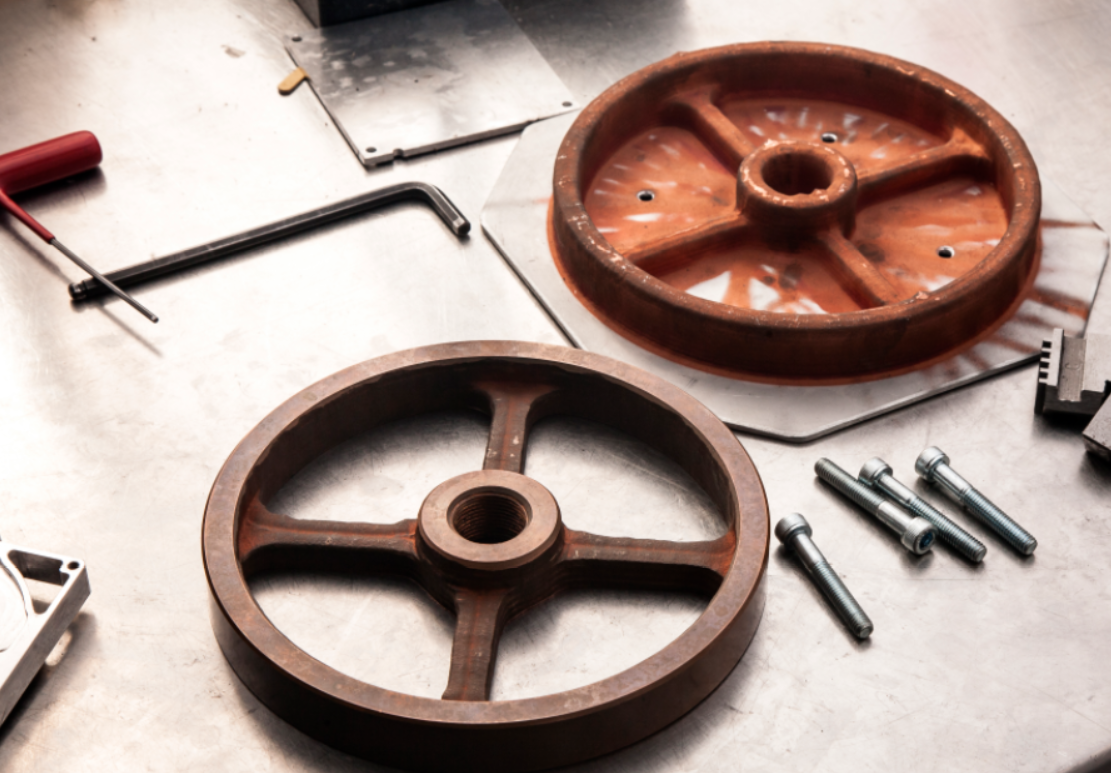 Two examples of a pulley printed with the Spee3D supersonic deposition metal 3D printer: one as pulled from the printer (at top right) and the other after post-processing. Image courtesy of Spee3D.