Every year, the SOLIDWORKS World user conference provides a forum for software and hardware companies to showcase their latest offerings for product designers and engineers. There was a strong showing of 3D printing technologies at this year’s event, with established players and newer names competing for attention on the show floor.

Stratasys launched its F123 Series of fused deposition modeling (FDM)-based 3D printers for professional prototyping at last year’s SOLIDWORKS World, and Rob Winker, senior product marketing manager at Stratasys, reported that the F123 line “has been a great product for us.” Having more printers in educational and office settings is not replacing service bureaus, said Winker, but it is increasing the number of users; previously, there may have been just a few gurus, whereas now, more members of a work group will apply the technology. “Designers and engineers who used to [rely on] the RP [rapid prototyping] lab … they’re doing a lot more early concept design verification,” he observed.

Despite wider adoption, there’s still a big gap between the potential size of the professional 3D printing market and the current number of users, Winker acknowledged. Many professionals haven’t adopted the technology because they simply don’t recognize how 3D printing could affect their workflows, he believes: “Awareness is a big thing.”

Another hurdle is that some potential users still aren’t clear about the capabilities of the technology, assuming it’s limited to novelty or hobby uses. A lot of education is still in order, Winker believes: “Additive manufacturing can provide value for so many different companies, from small to large.”

To demonstrate some of that value while doing good at the same time, Stratasys is expanding its Corporate Social Responsibility program, which partners with and provides resources to worthy initiatives. During the event, Stratasys announced it would supply 3D printing technology to Unlimited Tomorrow, a startup dedicated to developing prosthetic limbs that are lighter, cheaper, and more customizable than existing options. 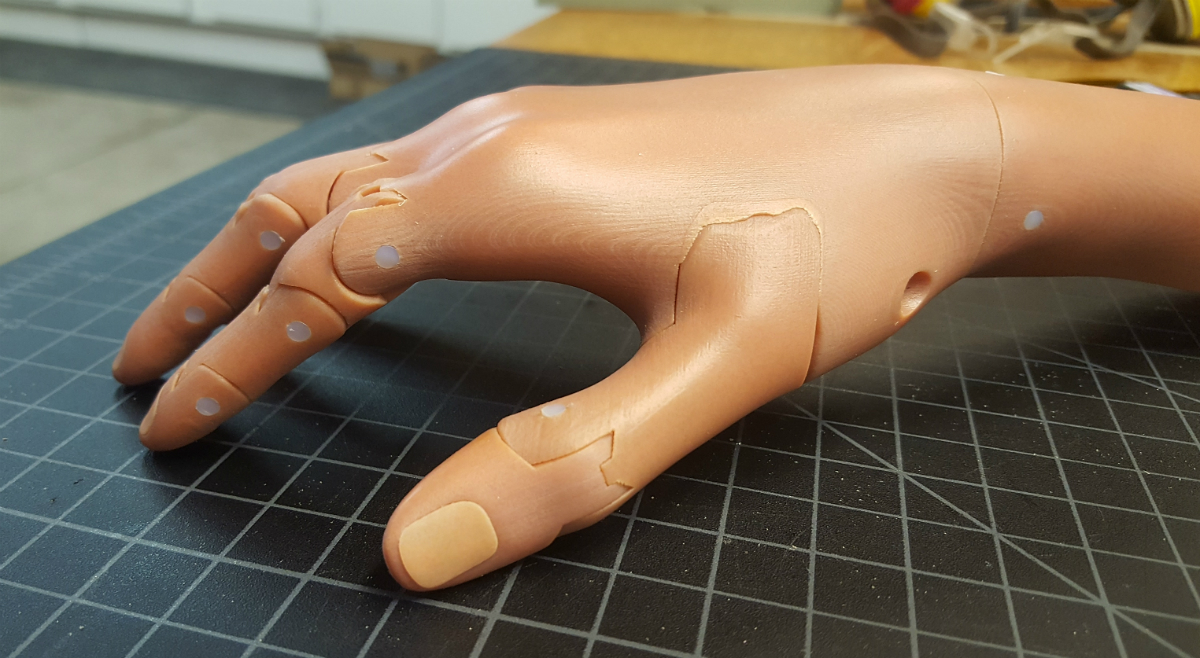 Founded just over two years ago, Desktop Metal has big plans for reshaping 3D printing technologies, from making metal a more accessible option to applying generative design to part creation. In this case, “accessible” means less expensive, less complicated, faster, more office-friendly, and suited to mass production. Ric Fulop, CEO and cofounder of Desktop Metal, pointed out that early metal 3D printing technologies bore a resemblance to early computers, in that they required a dedicated operator, a full room of equipment, and millions of dollars — all factors that the company is seeking to eliminate.

Desktop Metal’s Single-Pass Jetting technology combines print bars and spreaders to spread metal powder and jet binding agent in one pass. Forming a part all at once before sintering can be likened to baking a whole loaf of bread instead of one slice at a time, said Fulop. As a result, the Desktop Metal Production System — coming in 2019 — is “100 times faster than any other metal printer that’s out there on the market,” said Fulop.

Jonah Myerberg, CTO and cofounder of Desktop Metal, acknowledged that changing the ways that people design to accommodate 3D printing capabilities is easier said than done. “We feel a responsibility to offer tools to help engineers [create] new designs efficiently,” he said.

To that end, Desktop Metal is developing Live Parts, an experimental generative design tool that “requires no prior experience of design for additive manufacturing techniques or guidelines,” according to the company. As SOLIDWORKS CEO Gian Paolo Bassi said, “design and fabrication need to work hand in hand”; if you don’t know what you’re doing, he pointed out, your parts will not have the specs you expect.

To create strong, lightweight parts that take advantage of the capabilities of additive manufacturing techniques — such as lattices and honeycomb structures — Live Parts “grows” designs in a way that mimics living organisms. In nature, everything grows from cells and is constantly evolving, said Andy Roberts, a senior software engineer and the creator of Live Parts. A similarly organic design process is particularly well suited to 3D printed parts because during this manufacturing process, parts are constantly subjected to changes — in temperature, stresses, etc. — Roberts explained. Although the design world has already seen a lot of biomimicry, he said, “nobody has thought, let’s take the cellular machinery that makes plants and animals grow and capture that in software” until now.