The software uses “seed cells” that are programmed to “grow” toward a target area. These cells respond in real time to changing forces, thickening if strain increases or throwing off unneeded cells. “It actually has a mind of its own,” said Roberts. The process looks similar to a plant growing toward the sun in time-lapse video, and helps spread strain over the resulting part rather than concentrating it in one section. The parts grow in a matter of minutes, said Roberts. 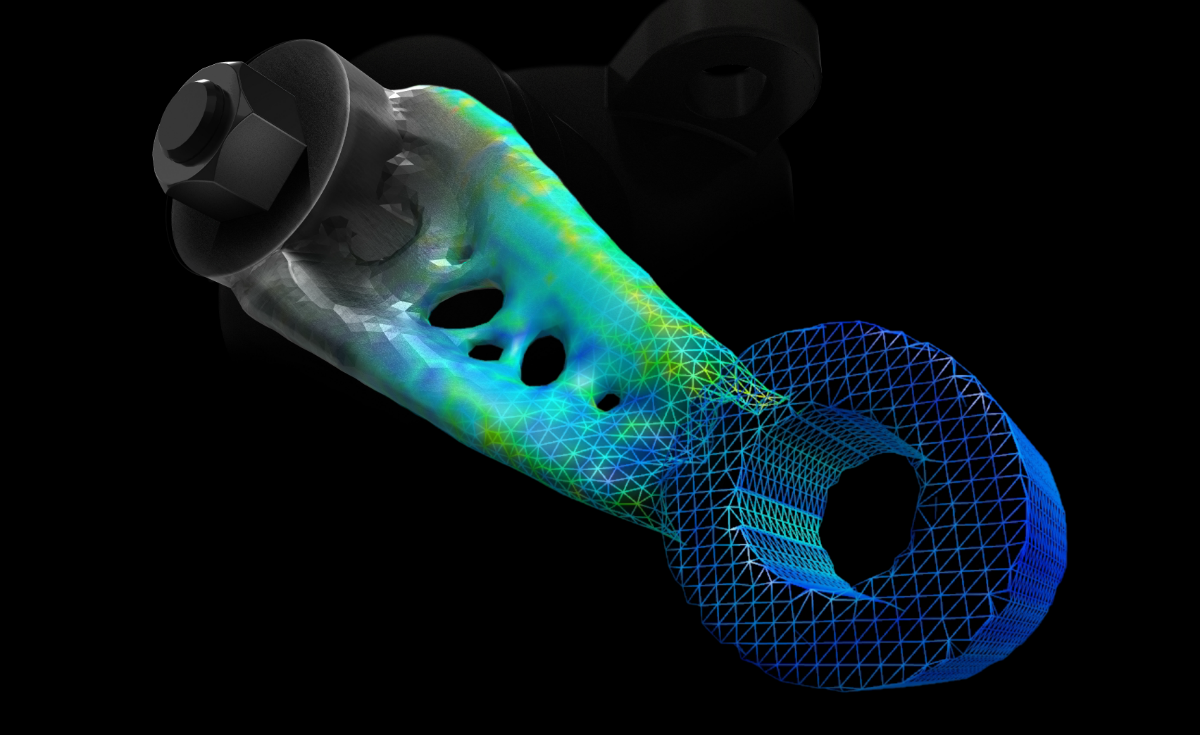 Parts designed in Live Parts software take on natural forms, but abide by constraints applied by the user. Image courtesy of Desktop Metal.


Live Parts is still in active development by Desktop Metal’s DM Labs, and the company plans to add material properties, factors of safety, finite-element analysis, and other elements to the software in the future. Currently, a preview version is available for all SOLIDWORKS users.

3D Systems introduced 3DXpert for SOLIDWORKS, an “all-in-one software solution for additive manufacturing” which enables SOLIDWORKS users to prepare their designs for 3D printing. A set of mostly automated tools helps with tasks such as creating and optimizing lattice structures and adding support areas to models. 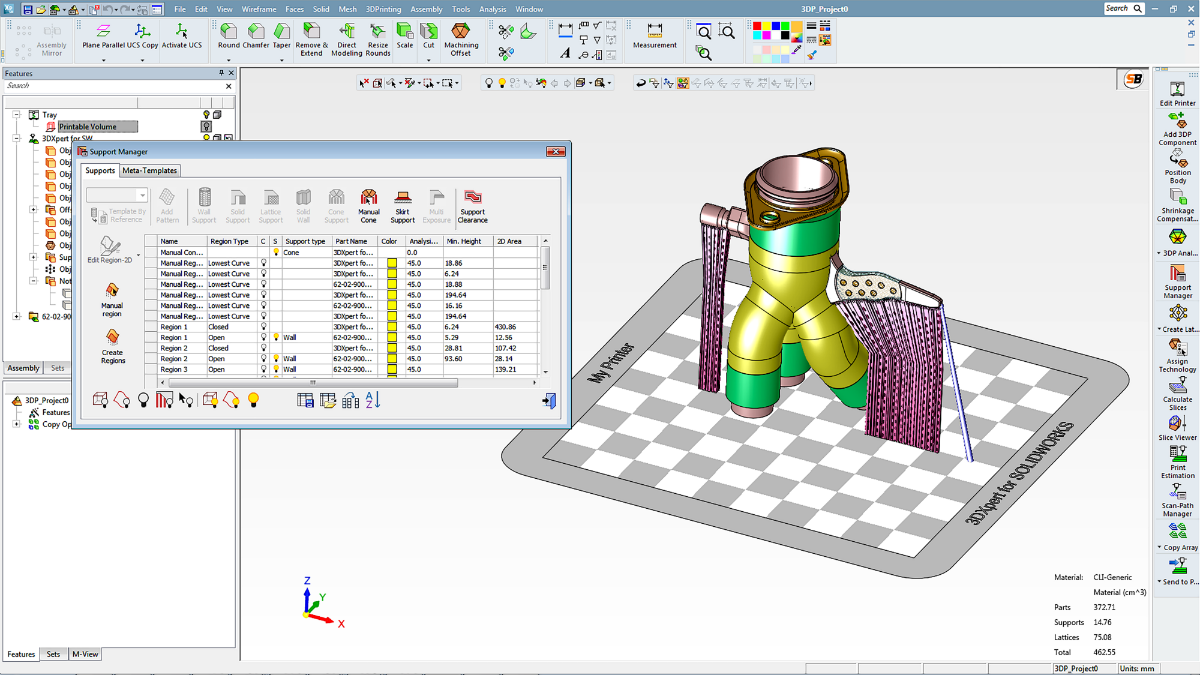 “[Complexity] is not always free,” said Roy Sterenthal, vice-president of software at 3D Systems. He was contradicting the notion that design complexity is “free” when it comes to 3D printing production processes, because producing parts with internal voids, lattices, and other complicating elements costs no more on a 3D printer, in contrast to other manufacturing methods. Although people usually think in terms of production costs, there is a cost for the product designer to optimize the part for 3D printing — and that’s where 3DXpert comes in. “We are here to minimize those gaps,” said Sterenthal.