Design technology developers have been working for years to make it easy and inexpensive to capture shape, color, and other physical characteristics as three-dimensional data. The goal is to make working in 3D as fast, accurate, and simple as it is to create 2D images today. Recent innovations in what is now called reality capture or digital reality could make 2015 the year that capture-based workflows go mainstream.

The appeal of collecting 3D data about real-world objects is wide-ranging: Product designers could easily “borrow” a natural shape. Engineers could reuse elements of an otherwise obsolete machine as the basis for a newer design. Old parts lacking digital design data could be scanned and archived. Scanning could replace measuring and modeling for reverse engineering.

The ability to capture and modify this data sounds practical and broadly useful, but its full potential has yet to be realized. The complexity of 3D data creation and use has hampered widespread adoption.

The crux of the problem is an inherent dissimilarity of data types: CAD software represents real-world objects using continuous vectors and/or coordinate solids; 3D scanners, in contrast, gather data as discrete points (voxels) represented as a spatial array (point clouds). To convert point clouds for use in 3D CAD requires multiple conversion steps, each requiring a specialized software product or tool within a larger conversion suite. For years these tools have been priced out of the reach of most product designers. In addition, each conversion step usually requires manual editing before moving on.

When the 3D point cloud data finally arrives in CAD, the shape is accurate but much crucial information is lacking. Is the object a shell or a solid? Is a curve a bend or a weld? Is the hole 3 cm or 1"? It can be a long process to create the final model. Large firms can afford dedicated staff to fix the models, but most engineering teams cannot.

The complexity of applying 3D data has been a greater hurdle than the financial outlay involved. Although cost is always a concern, solutions have been introduced for both the high-end professional and the consumer ends of the marketplace. For example, in 2006, a new handheld scanner suitable for professional engineering came to market at the breakthrough price of $39,000. Automotive OEMs and other Fortune 500 manufacturers snatched up the ZScanner 700, but a dearth of good editing tools prevented further market penetration.

In 2010, the Microsoft Kinect brought a subset of 3D scanning — motion detection — into the home. For $149 the Kinect turned the Xbox 360 into a game console controlled by a wave of the hand. After Microsoft released a free software development kit (SDK) and open-source programmers reverse-engineered a way to use the Kinect without the Xbox, researchers and hobbyists swarmed to the new platform. A variety of novel applications were created, but widespread adoption of the technology for 3D data gathering was again stymied by the complexity of working with 3D data (which was much less precise when generated by Kinect than by professional-level scanners). 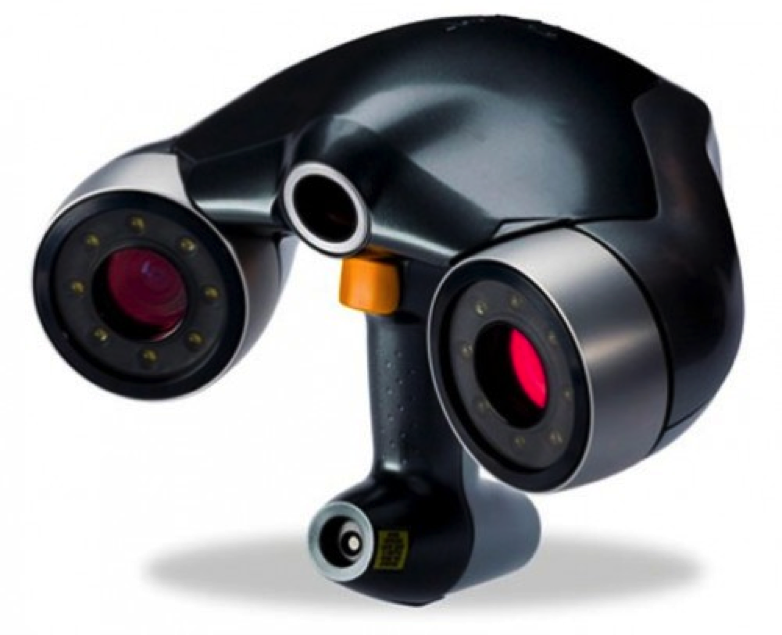