Whereas some hardware vendors have opted to focus on budget-friendly products, HP continues to take the high-end road with its forthcoming workstations, components, and peripherals.


Hewlett-Packard (HP) announced a flurry of product launches at the National Association of Broadcasters (NAB) Show, held last week in Las Vegas, California. From mobile workstations to workstation components and peripherals, HP is making a concerted effort to demonstrate its ability to handle the high data bandwidth and color requirements of the broadcasting industry. Of course, CAD users also work with large models and create true-color images and renderings, so the news is on point for Cadalyst readers as well. 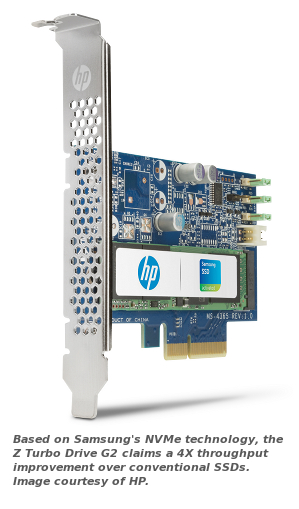 In addition to the NAB Show announcements, HP introduced a high-volume inkjet plotter that is capable of running an entire reprographic room. This news should be of interest to CAD and IT managers at large-scale companies with high-volume plotting needs.

If you’ve worked on a workstation with a solid-state drive (SSD), you know how much faster boot-ups and processing can be when compared with mechanical hard disks. And because CAD model sizes have grown dramatically — and video file sizes have expanded due to 4K resolution — the need for fast access to large data sets has never been more critical. “When working at 4K resolutions, hard drive and storage performance are key,” said Danny Holland, post-production supervisor at Brain Farm Digital Cinema, an HP customer.

The new HP Z Turbo Drive G2’s rate of throughput is roughly four times that of most consumer-grade SSDs, and even twice as high as last year’s HP Z Turbo Drive. Rather than plugging into a conventional SATA disk controller, the HP Z Turbo Drive G2 utilizes a PCIe X4 slot for installation and delivers a staggering 2,510 MB/s read speed and 1,550 MB/s write speed.

Every traveling CAD professional has asked the fundamental question: Do I want a fast but heavy mobile workstation, or a lighter, less powerful one? Indeed those have largely been the choices available, especially when trying to configure a mobile machine with high-end components such as beefy graphics processing units (GPUs) and SSDs that have typically only been available on heavier, higher-end machines.

HP’s OMEN Pro Mobile Workstation stakes out an interesting market niche: A thin (0.8" thick), lightweight (4.7 lb), 15" HD touchscreen-equipped machine powered by an Intel Core i7quad-core processor with 16 GB of DDR3L RAM and a first-generation PCIe Z Turbo Drive stock. With integrated Intel HD graphics and a discrete NVIDIA Quadro K1100M with 2 GB of video memory, this configuration provides of the best of both worlds: the processing, graphics, and fast data access needed for lightly threaded CAD and rendering applications, plus a big enough screen to do real work in the field, in an easily luggable package.

Back at the office, a variety of video connections (HDMI and Mini DisplayPort) plus 4 USB 3.0 connections and a USB-based wired LAN adapter provide for easy integration with office networks without expensive docking stations. And like any other HP mobile workstation, a full 3-year parts, labor, and service warranty is included. 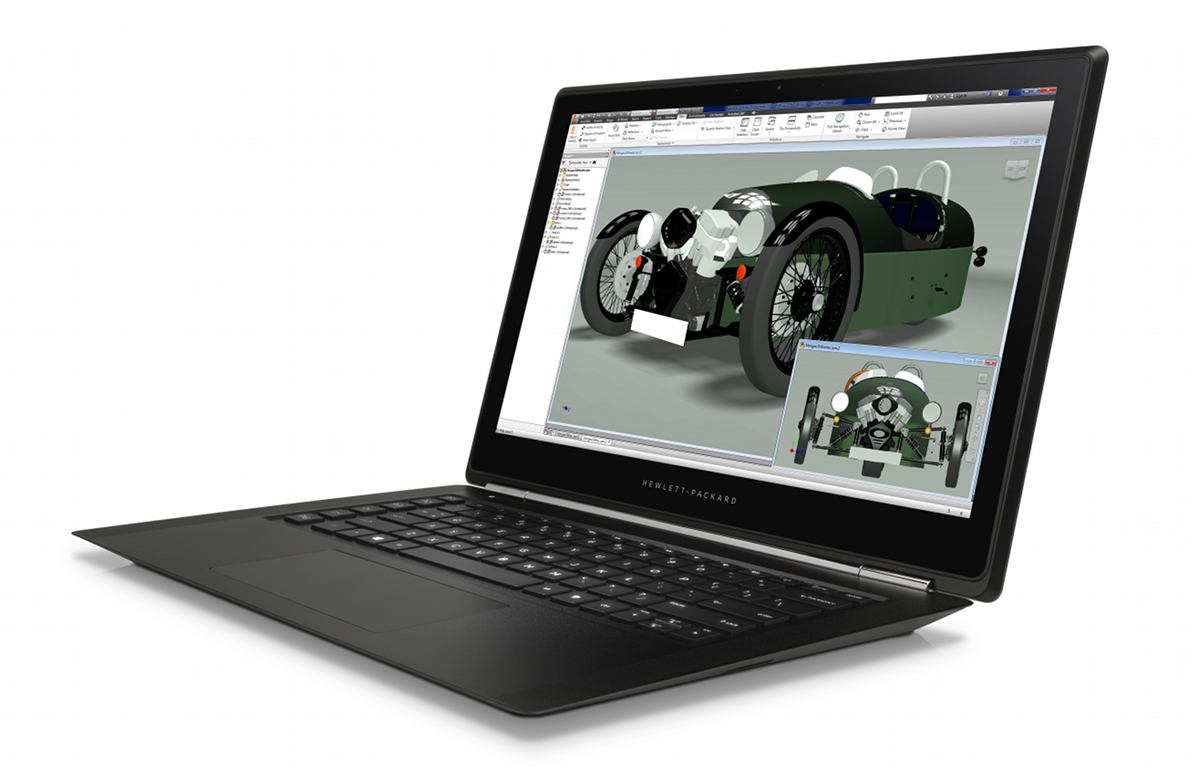