Herrera on Hardware: Curved, 4K, HDR, and other technologies all promise better viewing experiences for professional users — but which will go mainstream, and which will fade away?

Stereo 3D — the ability to impart visual depth cues through independent left eye and right eye displays — has been around a long time. It's always been pricy, however, and for most applications, it's far from a must-have feature, so stereo 3D has never approached mainstream acceptance in professional computing spaces. It does play in VR and simulation applications, of course, and in cinema, though the appeal appears to be fading along with its novelty.

Still, stereo 3D continues to attract its share of attention and innovation. HP, Inc. recently introduced a new approach to the technology, and it's one with a particular focus on CAD. The HP Zvr 23.6" Virtual Reality Display delivers the familiar left/right stereo view, but does so in a different manner than previous stereo solutions. Built around technology created by partner vSpace, the Zvr supports a stylus — one that hovers above the surface, not directly on it — that allows a user to select, move, and spin individual objects, which then appear in stereoscopic display. 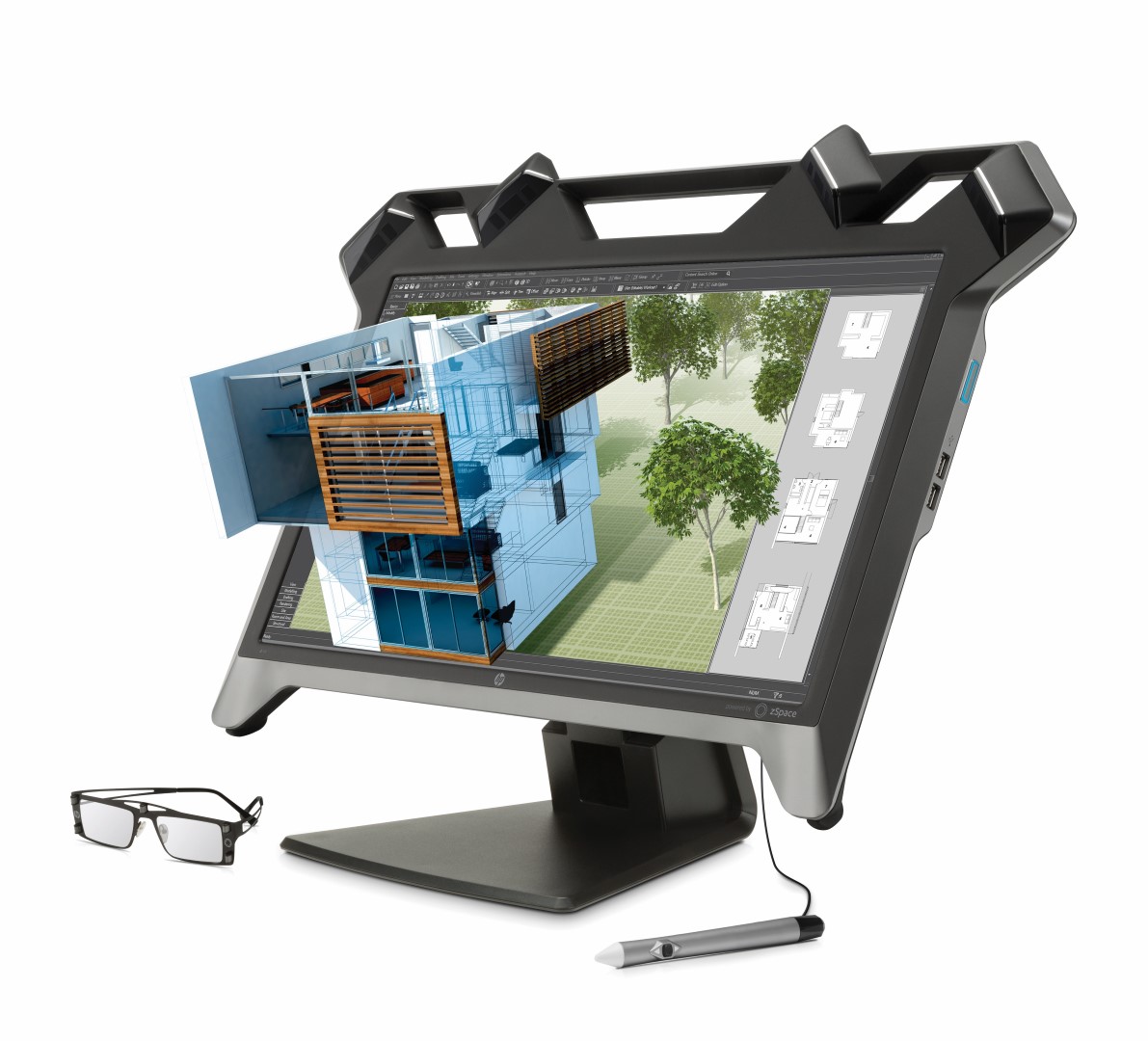 In addition to the stylus, the system requires glasses and a GPU that supports stereo and quad-buffering (one double-buffered frame per eye) and sends synchronization signals to glasses. Both AMD and Nvidia market products that support the Zvr's requirements. The glasses incorporate five tracking markers that allow the display to detect eye location and viewing angle to project optimal, full-resolution (1,920 x 1,080) left and right images.

Ubiquitous, Niche, or Forgotten: A Summary of Predictions

The display industry has a range of technologies in the offing, ranging from those the imminent and predictable to those that stray from the norm and require more incubation time. Which of these technologies that currently lie on the fringes will become mainstream in the near future? Alternatively, which are niche today and will likely always stay that way? The answers vary.

An en masse migration to 4K is, in all likelihood, a sure thing. The hardware is built on existing, mass-market technology, has the industry behind it, and will deliver a better quality viewing experience. After that, though, additional increases in resolution are not at all certain, and will depend on how we use our displays, because moving beyond 4K won't do much if our screen sizes and viewing distances stay the same.

The fortunes of emerging features such as HDR and curvature are far less certain. HDR will probably break through eventually, but it's not likely to find a huge driving force behind it for CAD usage. Rather, it will come if either it proves very inexpensive or it becomes more compelling as other display technologies and content pave the way (for example, after 4K is entrenched and higher-fidelity displays like OLED become viable for the mass market). Similarly, while some may like the somewhat more immersive feel curvature delivers, it probably won't make a dramatic impact on its own merits. Rather, I'd expect to see its adoption rise in conjunction with a new-generation VA technology, delivering a significant and valued improvement in static contrast.

Finally, niche 3D stereo products will likely never reach mass-market status, though they have room to grow, assuming support climbs and prices drop (that latter one is a big "if"). Stereoscopic displays will always command a significant premium, in part because they cost more to build, but probably more so because their volume is a fraction of mainstream nonstereo displays. Still, the market will remain, as those who truly need 3D stereo will pay for it.

The incessant pace of evolution will continue as rapidly in display technology as in any other corner of computing, and that march forward will yield dividends for all applications dependent on visual fidelity. With its relatively small size, the CAD market won't be able to single-handedly pick the market winners, losers, and niche players. Regardless, users will always find compelling and economical innovations to improve the efficacy and productivity of their displays.