AMD to Round Out Next Generation of Workstation Graphics Cards

Entry-level and midrange models, scheduled for release later this year, are designed to deliver more memory and increased computing and graphics performance for CAD workflows.


Design and engineering firms — today more than ever — are realizing the workflow and bottom-line benefits of 3D CAD and the powerful applications it supports, including reality capture, building information modeling (BIM), design visualization, and simulation and analysis. This trend, along with the growth of digital signage, graphics processing unit (GPU) computing, computer virtualization, and other applications, is fueling demand for more powerful, professional-grade graphics cards that deliver the performance required to support graphics-intensive software. 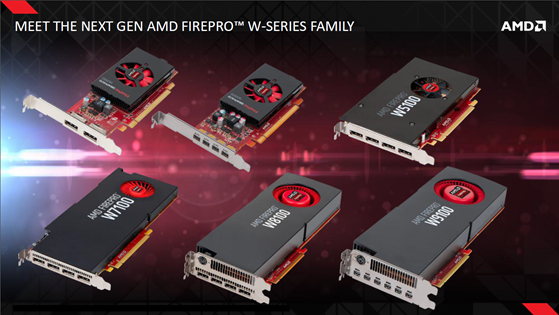 Highlights of the next-generation models include the following, according to AMD:

Ready for the Future: OpenCL and Mantle

Many top software developers, including Autodesk, Dassault Systèmes, MAXON, The Foundry, and Chaos Group, are moving to OpenCL. The new AMD FirePro W-Series models will support the current OpenCL version 1.2, and a new driver will be available in the fall to support OpenCL 2.0, Matthews said.

Mantle, an AMD-powered API, enables higher graphics performance on Graphics Core Next GPUs for all applications, including CAD and gaming, Matthews said. He promised some exciting news to come for application developers: "We really think this is going to be a big change in the market."

Like all AMD professional graphics cards, the new models will be covered by a three-year warranty. Pricing will be available when products are released, Matthews said.