AI-based generative design. Using machine learning to optimize the volumetric representation of a predesigned model is certainly of value. But what about the fundamental challenge of coming up with the model in the first place? If AI algorithms can learn engineering principles like stress and fluid dynamics, evaluate a set of given design constraints, and even judge style, why can’t they suggest an optimal design for a drone or landing gear assembly or bike frame? Well, there are more than a few innovators convinced AI will be doing just that — including Autodesk, on hand at GTC to talk about its Dreamcatcher initiative.

The culmination of work started back in 2014, Dreamcatcher should ship this year, giving designers the ability to apply an AI-driven, generative tool to speed the design process. Implementing what Autodesk calls a divergent design flow, Dreamcatcher is built around a familiar pipeline: define, generate, explore (visualize and analyze), and fabricate. Where that flow departs from the norm is in who — or rather, what — is doing the generation.

The Dreamcatcher workflow looks familiar, except for what’s doing the generation. Image courtesy of Autodesk.

With Dreamcatcher, engineers and designers specify design goals, along with parameters such as cost or weight constraints, type of manufacturing process, and materials. All that data gets shipped off to AI algorithms run on the cloud — quite possibly a GPU-accelerated cloud — which generates a model achieving the design goals with what it concludes is the optimal balance of constraints. To be more accurate, though, the engine will typically generate many versions, creating tens, hundreds, or even thousands of variants, all of which satisfy the goals and adhere to the constraints to varying degrees. 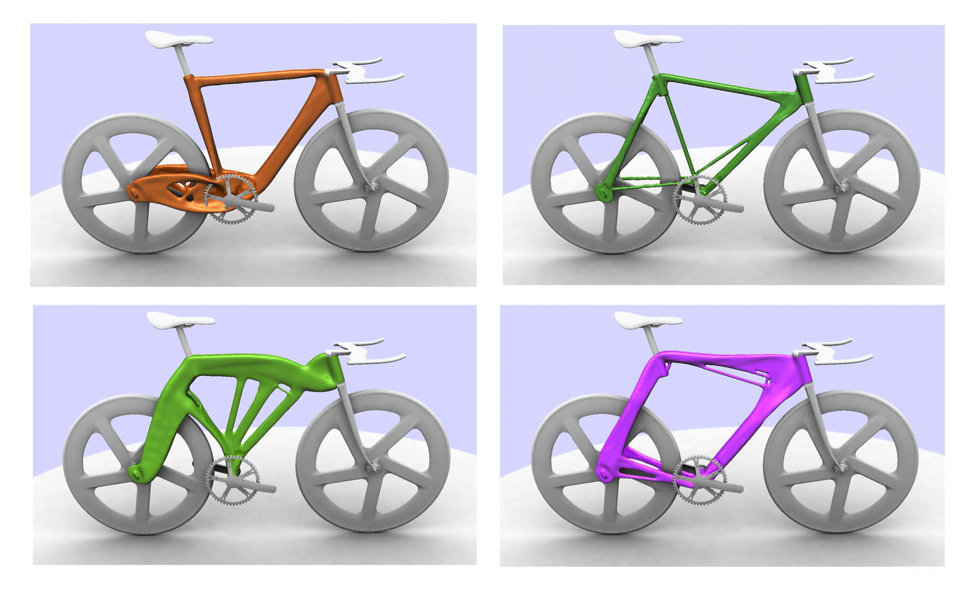 Dreamcatcher is no replacement for a product designer or engineer. It’s more of a assistant that can improve the process by providing designers the means to explore options far more exhaustively than they otherwise could. In addition, the machine provides feedback on how well each option fits the specified constraints. The computer proposes base-level design options, but the designer remains the guide of that process, making the key decisions and tradeoffs. A design veteran engineering the umpteenth version of a widget can even seed the process with starting points he or she is confident with, in order to point the engine in the right direction.

NVIDIA: Not Just a Graphics Company

NVIDIA’s GPUs will never stop serving traditional 3D graphics applications and markets. There’s no end in sight to the demand from customers in entertainment, design, and manufacturing, plus other visually intensive markets, to drive performance and realism forward. But the GPU’s ability to be programmed, and to deliver unmatched performance per dollar and per watt , makes it a compelling choice for a range of other uses — uses that NVIDIA is pursuing vigorously.

There’s no doubt that CAD pros will soon be reaping the benefits of a GPU like Volta in a Quadro-brand GPU, boosting throughput for the critical visualization stages in our workflows. But they may also end up reaping benefits in new ways to exploit that visualization, including virtual reality, augmented reality, and virtualized graphics desktops. They may be tapping GPU power to speed simulation and verification stages as well. And finally, they might end up harnessing the power of GPU-accelerated AI to assist in design creation itself, leveraging the technology to streamline workflows, improve end products, cut costs, and shorten time to market.

No, NVIDIA and its GPUs are not just about graphics anymore. Far from it, as clearly shown at this year’s GTC. But that expanding focus isn’t a bad thing for CAD; on the contrary, it’s much more likely a boon.