How Fast Is It? Assess Your Graphics Hardware

Herrera on Hardware: Although benchmark tests may be imperfect tools, they are a valuable source of performance data.


For many reasons, CAD is an indispensable technology for those in the businesses of design, engineering, architecture, and construction, but its fundamental value boils down to one thing: its capability to visualize in the virtual domain what has yet to exist in the physical one. 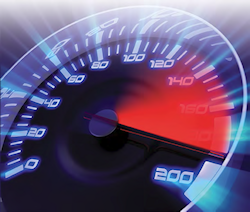 So it's not surprising when I hear users and software suppliers alike call out the graphics processing unit (GPU) as the most critical component in their hardware toolbox. The productivity boosts CAD promises can only be realized when your hardware delivers detailed and accurate renderings, with a graphics system that delivers snappy, interactive visuals.

The responsibility for delivering on that promise falls primarily in the lap of your workstation's GPU. Therefore, it's especially important that during your next hardware shopping mission, you choose a GPU that will stand up to all the rendering demands that you'll make of it.

But what's the best way to assess and compare the performance of GPU cards and graphics-focused workstations? There is no perfectly accurate method. Rather, it becomes an exercise in triangulating among several data points, while always keeping in mind the context and characteristics of your specific application, workflow, and compute loads.

GPU spec sheets contain a dizzying array of numbers, often referencing esoteric metrics most graphics hardware users don't understand. All the numbers indicate where a card may fit on the performance curve. Unfortunately, there's a fundamental problem with virtually all these results: They are theoretical hardware limits, indicating performance levels that can be reached in very specific circumstances, most of which are not realistic when running real-world applications.

Each of these numbers taken alone means nothing, unless all the other salient architectural metrics can deliver to similarly capable levels. For example, a GPU that promises x gigaFLOPS (billion floating-point operations per second) of computing throughput may, in practice, deliver only a small fraction of x if its input/output, instruction pipeline, and memory subsystems can't feed the internal engines with data quickly enough.

Even more recognizable specs, such as triangles per second or pixels per second, aren't grounds for apples-to-apples comparison. They can hint at a rough performance level, but they are generally too subjective in definition and too specific in usage to be a broad indicator of speed.

For most CAD users in the market for new hardware, benchmarks represent the most widely accepted and reasonable way to get an idea of the performance a prospective product will deliver when running the applications and workloads that matter most: yours. You must tread carefully though, because benchmarks are just one piece of the performance prediction puzzle and, like marketing specs, are often misused and misinterpreted.