It's worth noting, that as of this writing, both Multiuser GPU and GVT-g have been announced but neither one is available in product form yet. Multiuser GPU is sampling now, with supported product not too far off. Intel's GVT-g should be available in hardware with the launch of the company’s Skylake processors this fall; it's not clear, however, when all the required supporting software will be in place. 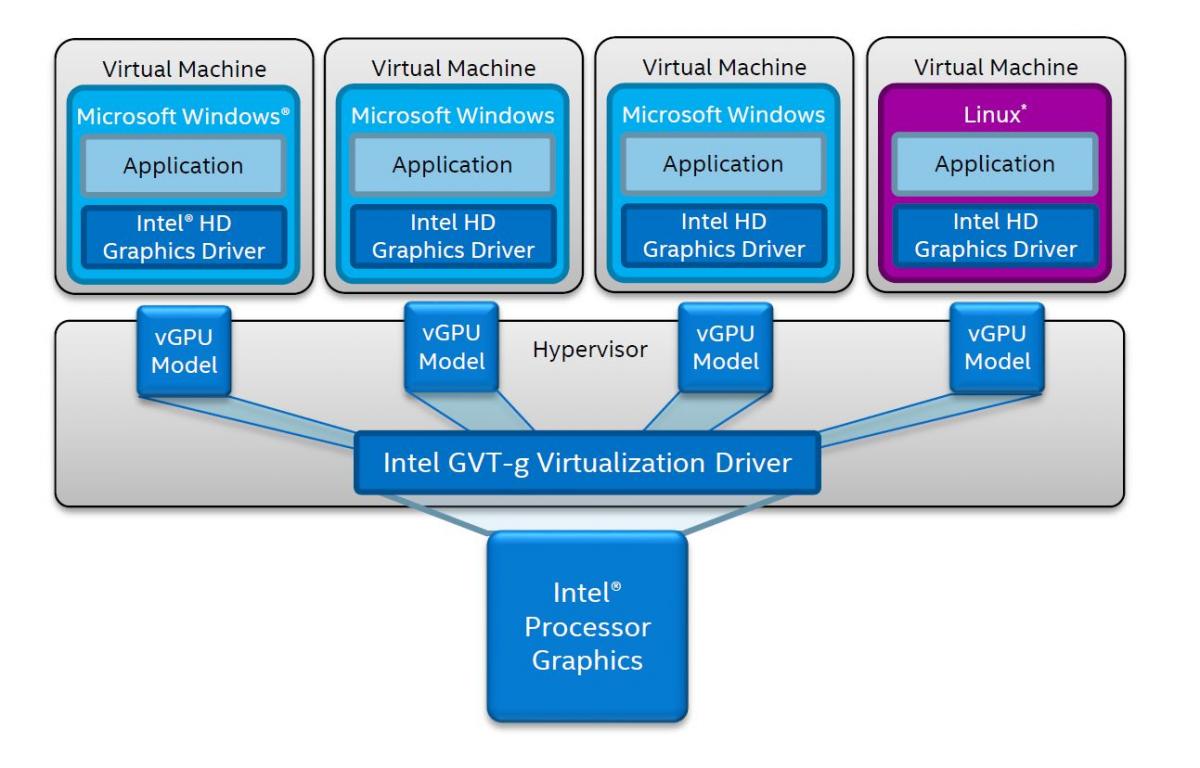 Intel, too, has a virtualization solution positioned to compete with Nvidia's GRID vGPU technology: GVT-g. Image courtesy of Intel.

Virtual workstation technology has arrived. No longer are CAD professionals tied to the traditional computing model, with a high-performance deskside workstation at the office, complemented by an as-good-as-possible mobile workstation for the road.

Nvidia and its partners established a proof of concept, and created the first solution that delivered on the promise of deskside-class performance with all the benefits of server-based computing technology. With the other two members of the GPU industry's triumvirate now on board with competing technology, broad-based hardware-virtualized GPU support is materializing. And that in turn makes the broad-based acceptance of virtual, datacenter-resident workstations for CAD more likely.

But who are the winners and losers in all this? While some will come out further ahead, there doesn't appear to be a loser. AMD and Intel now have the technology in place to argue optimal solutions to support the virtualization desires of graphics-intensive customers and applications. Original equipment manufacturers (OEMs), including HP and Dell, and virtualization software suppliers, such as VMware and Citrix, are also no doubt pleased as well. While Nvidia has been an admirable champion of the concepts and technology, OEMs and independent software vendors (ISVs) would always prefer to see more than one player supporting an initiative of this magnitude. Even Nvidia is a winner, because it is now not just the leader in a space of its own creation, it's the leader in a space recognized and legitimized by its rivals — and that's a more powerful position.

Last, but by no means least, are CAD users and IT professionals, as they now have a more viable, vibrant, and competitive marketplace to explore — and more broadly accepted and supported offerings to potentially adopt. For the right applications and usage models, the benefits of the technology — with broad and optimized support coming into place — are too compelling to ignore.