Ads help support our ability to provide you all our articles and papers at no cost to you. Thank you for your consideration and support.
Mobile Devices

As Mobile Options Multiply, Onshape Keeps Burden of Calculation in the Cloud

Apple iPad Pro and Pencil expand the roster of lightweight hardware that gives users access to full Onshape functionality in the field.


In March, Onshape announced support for the iPad Pro — a high-powered tablet Apple is positioning as a laptop replacement — and Apple Pencil, a tilt- and pressure-sensitive stylus. The eponymous cloud-based 3D mechanical CAD system, which runs on laptop and desktop computers via a web browser, can also be used on iOS- and Android-based tablets and phones thanks to free apps for those operating systems.

To take advantage of Pencil, Onshape has added a feature called Force Zoom: when selecting a particular piece of 3D geometry, CAD users can apply pressure with Pencil to zoom in and enlarge smaller features. Greater pressure causes Onshape to zoom in further; easing up restores the original view. 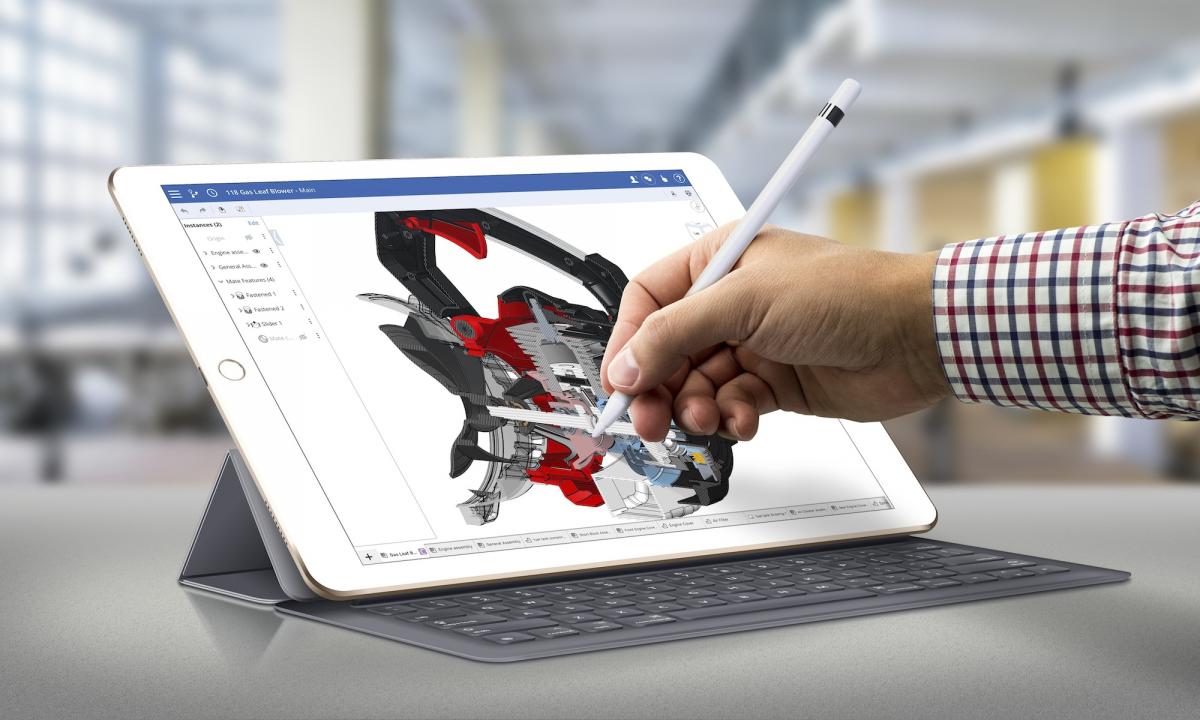 With the Apple Pencil, Onshape users can apply various amounts of pressure to zoom in and out of models. Image courtesy of Onshape.

"Apple Pencil lends itself beautifully to a two-handed workflow," said Onshape founder and Chairman Jon Hirschtick in a company release. "You can rotate or pan a model with one hand and use Pencil to sketch, select, and interact with your 3D models. Onshape and iPad Pro will transform the way engineers work."

Making Mobile a Match for the Desktop

With most CAD solutions that offer a mobile component, capabilities are limited when users are working on a phone or tablet, when compared with a desktop or laptop computer. (The mobile app may enable model viewing but not creation, for example.) Mobile devices typically can’t compare to their larger kin in terms of processing power and memory, but because Onshape calculations are largely conducted on the company’s servers instead of on the user’s hardware, software capabilities can be consistent across hardware platforms.

“It’s not just a viewer,” said Darren Henry, Onshape’s director of marketing. “We feel we have the first professional CAD system with full functionality on mobile devices.”

Because the heavy computation lifting is done in the cloud, Onshape can be used on lightweight devices including tablets and smartphones. Image courtesy of Onshape.