Ads help support our ability to provide you all our articles and papers at no cost to you. Thank you for your consideration and support.
Wide-Format Scanners

Arboretum Gains New Insight by Digitizing 50 Years' Worth of Maps


The Arnold Arboretum of Harvard University may be the oldest public arboretum in North America, but that doesn't mean it's stuck in the past. To the contrary, staffers rely on modern technology to support the Arboretum's education and research activities: They use social media outlets and mobile device alerts to inform the public about "tree mobs" — an educational take on flash mobs — and they recently scanned and archived a 50-year collection of nearly 1,800 maps using a Contex HD 4230 wide-format scanner.

The Arboretum's collection of trees, shrubs, and woody vines fills 265 acres and is recognized as one of the most comprehensive and best documented of its kind. The scanning project comprised maps dating from 1937 to 1988, including documents with damage such as tears. For those more delicate items, staffers used a mylar folder to process the scan. "Some of the documents are fragile, and the [Contex] scanner did a great job," said Jonathan Damery, curatorial assistant of the Arnold Arboretum. 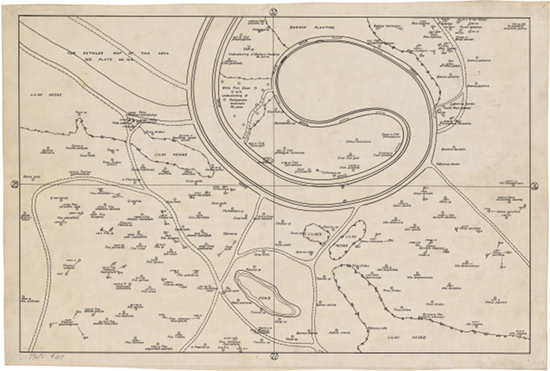 Maps in the Arnold Arboretum's collection depict the locations of various plant species, as well as ponds, paths, benches, and other features. Click to enlarge.

The purpose of the scanning project was to integrate disparate sets of information into an easily searchable database. Staffers would no longer use library cards for archival plant records and maps that were created prior to the 1980s, when the database was first launched.

Saved at 300 dpi in JPEG 2000 format, the documents are stored on a local server, and integrated into an ESRI ArcGIS mapping platform to create georeferenced maps. "Ultimately, we stitched together a master grid, then georeferenced it as a unit using the GPS coordinates of plants," Damery explained.

These geographic information system (GIS) maps reveal the evolution of the Arboretum's landscape through the years, unlocking valuable information that was hidden in the individual paper maps. For example, staffers have learned the locations of some living plants and remnants that fit into the historic landscape — knowledge that supports preservation efforts.

"It's wonderful to see the maps come together in different periods in time," said Damery. "The scanned images help us to unlock information. They can be easily referenced, making them incredibly useful."

In addition to viewing the maps from the database, staffers also print out 11"x17" copies for use in the field. Damery noted, "It's nice to have a copy of the map available [that's so] easily accessible. As we get into the field-checking season, staffers can make notes, which are then passed back to the curatorial team. It helps to streamline communications."

He added, "Having not only scanned but georeferenced images, the maps are in a much more user-friendly format. We anticipate that there will be interest in other departments to generate images of the landscape."

According to Contex, the HD scanner is well suited to archival and georeferencing projects because it picks up fine details, thanks to its image data–processing algorithms, 48-bit color, and 4-channel CCD technology. "It's incredibly user-friendly, and the quality of the images is excellent," Damery reported. The scanner also processes up to 12 inches per second, facilitating the quick processing of large document archives. 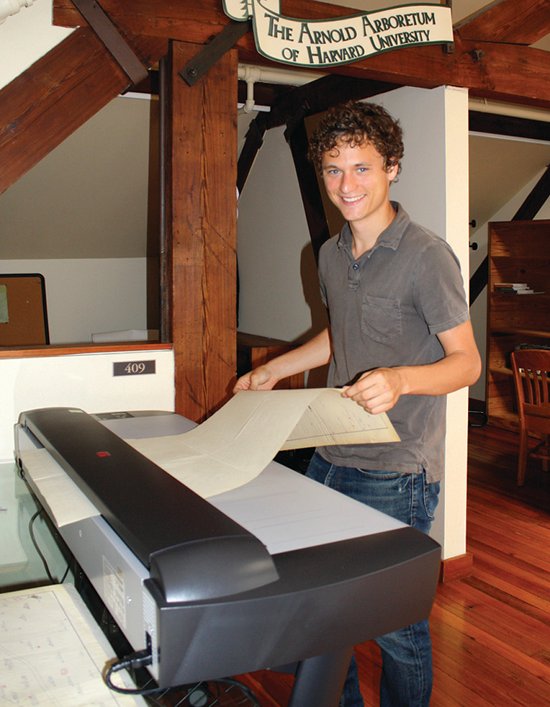 About the Author: Steve Blanken