It’s also worth nothing that Zen should be positioned as well to attack mobile workstations in addition to desksides, but that opportunity will lag as AMD’s Zen platform for mobiles, Raven Ridge, is third out of the chute following Summit Ridge (desktops) and Naples (servers). 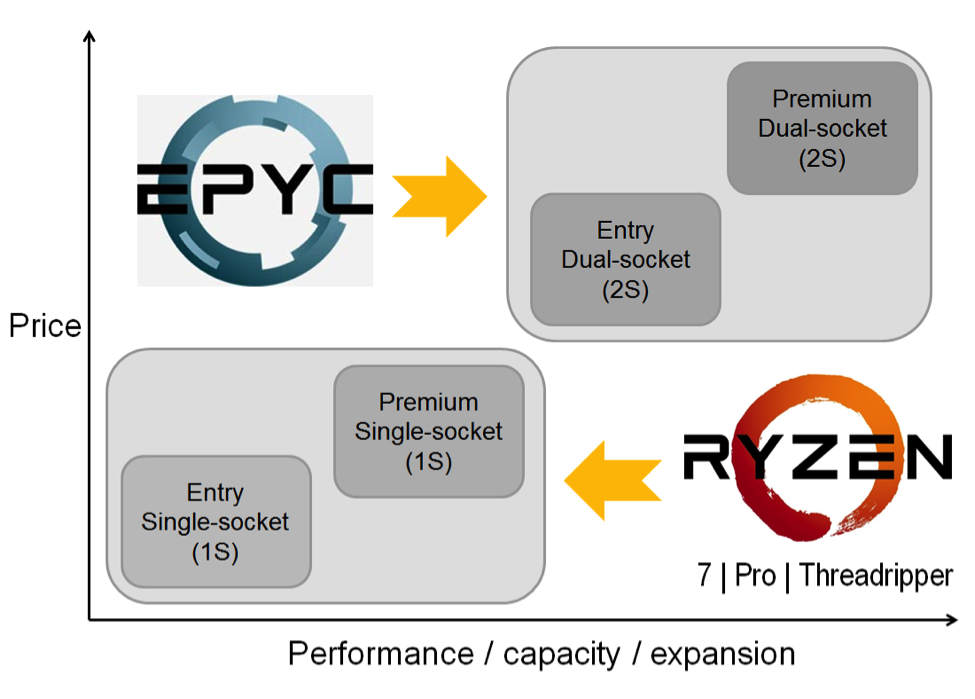 Lining up new Ryzen brands against the historically popular Intel CPUs shows AMD can not only compete with Intel, but it can do so at each traditional workstation product tier. Now, the point of these side-by-side metrics is not to illustrate any minor edge one has over the other. Even if it were, a small advantage in one specification would not indicate any overall superiority on its own, as the impact of having a higher frequency versus more cores varies greatly when running different CAD workloads (previously addressed in this column). Furthermore, all would be outweighed by any significant inferiority in the internal core microarchitecture of either. And in the case of Xeon Scalable and Epyc, there are fundamental implementation differences that can impact throughput.

Rather, the point is to show that given comparably efficient microarchitectures (which benchmarking has generally verified), AMD now has a workstation CPU lineup that can potentially and legitimately threaten Intel at every market tier. (It’s worth noting I’ve intentionally omitted Intel’s new Core i9 SKUs, which bridge the gap up from Core i7, as they have not been adopted for workstations as of yet.)