Ryzen 7/Pro or Threadripper Suited to Bulk of CAD Users

Although AMD now has CPU products to entertain all tiers, remember that the distribution of volume across tiers varies dramatically across the spectrum of possible CAD workstation buyers. The vast majority purchase 1S machines, and of those, far more opt for the most economical Entry 1S models, such as HP’s Z200 series, Dell’s Precision 300 series, and Lenovo’s ThinkStation P300 line. So for practical purposes, Ryzen 7, Ryzen Pro, or possibly Threadripper are the CPUs CAD pros are most likely to hypothetically consider versus the long-default choice of Intel Core i7 and Xeon. 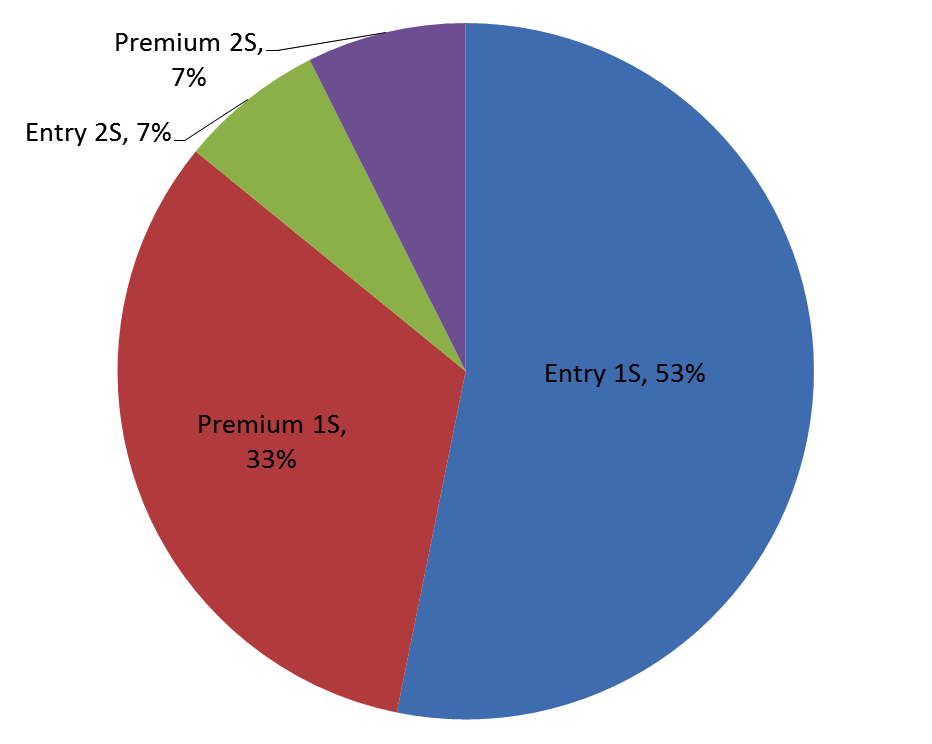 
Zen Has Not Yet Cracked Tier 1

By this point, the reader has probably noticed this column is littered with qualifiers like “potentially” and “hopefully” when describing the prospect of considering AMD alternatives to Intel in a new CAD workstation. And for good reason: Despite the availability of viable AMD CPUs for workstations, very few AMD-equipped workstations are available for purchase today. As of this writing, none of the top-tier, high-volume vendors — which for all intents and purposes equates to the trio of Dell, HP, and Lenovo — has taken the plunge on Zen for workstations.

A few Zen-based workstations have emerged, as smaller vendors like Maingear, Boxx, and Velocity have introduced workstations based primarily on Threadripper, with a secondary interest in Ryzen. Bringing on board early-adopting vendors like these three represents a valuable stepping stone for AMD to build momentum for Zen, but ultimately those aren’t the three OEMs AMD covets.

Signing on Dell, HP, or Lenovo, however, is a different marketing ballgame, as those market-dominating vendors have very important fundamental differences in goals and operating principles. Nimble vendors like Boxx can search out market opportunities generation to generation, even if that may not sustain momentum long term. To gain that edge, they’re willing to take on some level of risk about the competitive longevity of both the supplier and its products.

By contrast, taking a risk and having faith aren’t what Tier 1 vendors like HP, Dell, and Lenovo are interested in; they prefer a sure thing. While all three place importance on competitive specifications, maximum performance is not a goal that overrides all others. A high-volume supplier needs the confidence that a supplier like AMD will have products that are competitive not for just one or two workstation product cycles, but for many years and cycles to come. OEMs Dell and HP will likely remember quite well that up-then-all-the-way-down chart of Opteron of the mid-‘00s, and that’s a memory that won’t help lock up sockets for Zen.

So yes, Zen-generation CPUs will let AMD compete again in workstations, but they represent the ante, not necessarily the winning hand. To succeed, AMD must convince OEMs they will be able to compete and invest in the market not for just one generation, but for many to come. Do that, and CAD professionals will find a more vibrant competitive market for the workstations they need, and I’ll once again be talking about AMD as a formidable vendor of workstation-caliber CPUs for years to come. Don’t, and the history of Zen CPUs in workstations will simply replay Opteron’s of a decade ago, and Zen will remain the domain of second-tier OEMs and system integrators.