SOLIDWORKS veteran Jonathan Stedman realizes he was sacrificing productivity before moving to a professional CAD workstation.


Jonathan Stedman has been using SOLIDWORKS for 20 years. He adopted it so long ago, in fact, that the Cornwall, U.K.–based engineer and industrial designer had to acquire the 3D CAD/CAM software through a reseller in Buffalo, New York, because there wasn’t one yet in Europe. So he’s had a great deal of experience with SOLIDWORKS — and the hardware it runs on — as technology and his design work have evolved.

Stedman relies on SOLIDWORKS today — now, version 2017 — as much as ever in his work designing custom bus-stop shelters. Why use a primarily mechanical CAD solution to design shelters, as opposed to an architectural solution? Stedman responds, “Our designs are not really buildings; they’re products, all computer machined,” and unlike most one-off building designs, “our designs have to be mass produced.” Stedman also finds SOLIDWORKS’ 3D functionality to be more advanced than that of most AEC options.

Natural Shelter designs are modular, built of a renewable material, have a negative carbon footprint over their lifecycles, and are warranted for 50 years in public service (versus 20 years for the average traditional shelter). The material is Accoya, planks of engineered radiata pine from New Zealand that can be machined like plastic or cut like wood. Extremely durable, it does not require painting — “and if it breaks, you just buy a new piece and repair it,” Stedman says. Finishes are nontoxic.

Several years ago, Stedman discovered that SOLIDWORKS could run on a standard PC. “I’m a bit of a cheapskate when it comes to computers.  I try to get away with the cheapest possible. ... The designs I was working on didn’t require a lot of [compute power]. I don’t design curvy products or have lots of components.”

For the past five years, he has run SOLIDWORKS on a 24” all-in-one PC, without a discrete graphics card (GPU) and, at times, an older mobile workstation. In hindsight, especially compared with the new workstation, Stedman says, “The all-in-one was underpowered but adequate.” And it hooked him on having a touchscreen — a feature he thought frivolous at first.

So Stedman feels a bit spoiled by a brand new Dell Precision 7710 mobile workstation equipped with an AMD FirePro W7170M graphics card with 4 GB of on-board GDDR5 memory. “The system is very well made, nice and solid, nice looking, and the 17” size is impressive,” he says. From 3D modeling to photorealistic rendering, “everything works much faster, much cleaner” than on his older systems. There’s no lag with graphics-intensive tasks such as rotating 3D models or rendering graphically complex solar panel, he adds. “Response is almost instantaneous. ... It’s refreshingly fast!”

He notices the system’s responsiveness when using Radeon ProRender software, a physically based rendering engine from AMD, currently in beta testing. “The workstation is producing some fast results from the GPU, and the renders are quick and easy to produce.  He adds, “I have used Maxwell [photorealistic rendering software from Next Limit Technologies] since it was launched in 2005. I’d always relied on it to render exquisite images; however, because it is very CPU intensive, I have not really used it for a few years. But now I have the Dell Precision 7710 with its AMD graphics card, so I have upgraded to Maxwell v4 and will use it on the new system as well as test the ProRender software, which is showing great potential.”

Stedman notices particular improvement in speed when working over Wi-Fi as well, he says, compared with his other laptop. 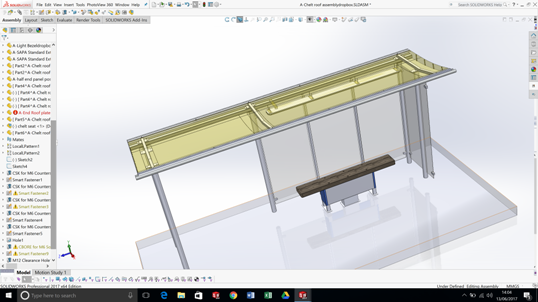 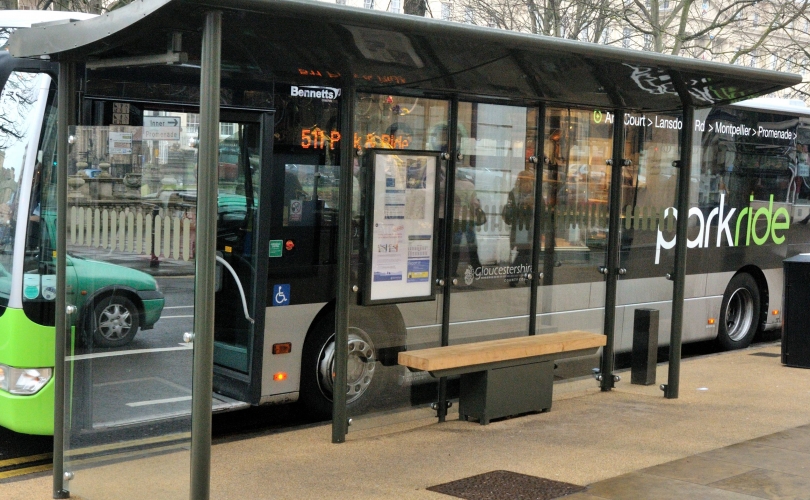 SOLIDWORKS (top) is a key to success for Jonathan Stedman of Natural Shelters. This model shows a minimalistic design from several years ago — shelters created from aluminum, steel, and glass fiber–reinforced plastic, plus wood for benchtops (bottom) — for a trendy shopping area in Cheltenham.

In hindsight, Stedman wishes he’d specified a hard drive larger than 256 GB, and offers a word of advice to others who sync files to the cloud: “I have the standard 1 TB of cloud storage provided by Microsoft, and our company has 1 TB on Google Drive, and I’ve always set up drives to sync my hard drive with everything I have on the cloud. But when hard drive space is smaller than cloud space, you have to be selective about what you sync. So things on cloud are not always on my system, and I worry I won’t have something I need [when working outside the office] if I don’t think about it ahead of time. My advice is to size your hard drive to match what you have on the cloud.”

Stedman is using the new mobile workstation alongside two standalone monitors, for three screens total, plus a wireless keyboard and mouse. He hopes to set up the all-in-one as a fourth monitor at some point. He’s also back to using the keyboard-embedded TrackPoint mouse button, which he says works well, after abandoning a poorly functioning version provided on a laptop years ago. Battery life of the new workstation is about an hour, Stedman reports, which suits him fine because he’s always near a power supply when working.

Stay tuned for Parts 2 and 3 of Jonathan Stedman’s upgrade to the  Dell Precision 7710 mobile workstation equipped with an AMD FirePro W7170M graphics card.