Herrera on Hardware: As mobile workstations become ever more popular, the form-factor options buyers have to choose from are expanding to include exotic display types and portability options.


In the previous installment of this series on workstation form factors, we defined the primary categories of mobile workstations and looked at the basic features distinguishing each group. Here, we dive into some of the more exotic options making their way into the mobile marketplace, which range from merely tradition-bending to outright mold-breaking.

While more a logical extension of the traditional mobile than anything revolutionary, the option of a 360-degree (or close) display is becoming more available, specifically in the Thin ‘n’ Light category. Earlier this year, HP introduced such an offering with its ZBook Studio x360, which features full 360-degree rotation of the display and five usage modes, including pen mode with Wacom AES support. Dell did as well, introducing the “2-in-1” option with pen/touch support for tablet-type support in its Thin ‘n’ Light Precision 5530. 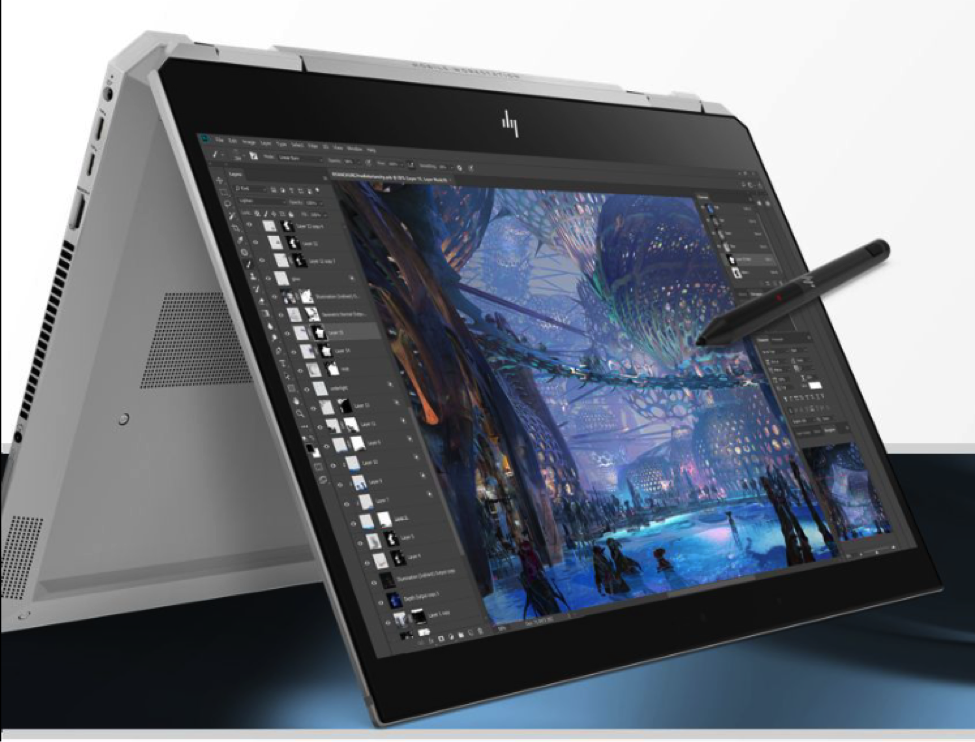 Pushing a step further than 360-degree display option is a laptop/table “convertible” that allows the user to disconnect the keyboard altogether, and combined with touch, work in a true tablet mode or with the Bluetooth-enabled keyboard in “detach” mode. HP created just such a machine, with its ZBook x2. Dell and Lenovo have yet to follow suit, though if the category takes off, no doubt they will. 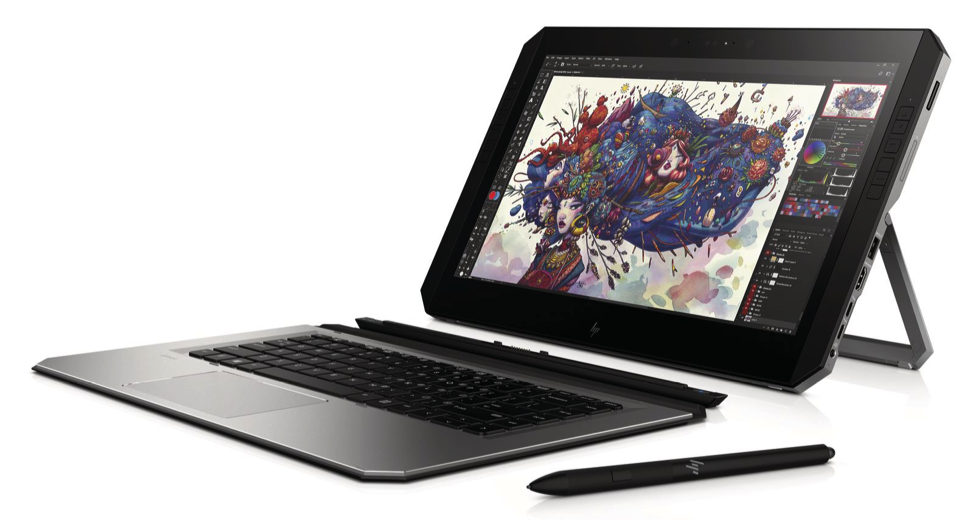 The workstation-caliber, multi-modal HP ZBook x2 allows the user to separate the keyboard from the rest of the machine. Image courtesy of HP.

Ruggedized mobile workstations don’t have universal appeal, as the process of ruggedizing the machine increases cost, size, and weight. So for the majority of users working in generally friendly environments, there’s no point to a ruggedized model. But for the minority that are taking their machines into the field, from inherently unfriendly to downright hostile environments, rugged may be less a nicety and more an absolute requirement.

Military applications are obvious candidates, but CAD-focused applications can be as well. AEC and building information modeling (BIM) come immediately to mind, where construction sites can be dusty and wet and where the machine might fall from heights or — perhaps worse — get crushed by another falling object. Oil/gas drill sites or remote ad hoc movie sets also make compelling candidates for a rugged mobile workstation. Among workstation OEMs, Dell has made ruggedized a strategic segment, now dominating shipments with models like the MIL-SPEC (military standard)-compatible rugged Latitude. (It’s worth noting that Dell currently markets the machine exclusively under the corporate brand Latitude, as opposed to the workstation Precision brand).

Are you one of the few who frequently performs compute-intensive work in the field, and therefore is interested in making the fewest performance compromises possible? Then you might be interested in another boutique workstation variant: the “luggable.” More portable than a deskside but decidedly more bulky than even a heavy-duty mobile workstation, the appropriately named luggable fits the gap between the two. Typically packaged in a suitcase-type form factor, luggables such as NextComputing’s Radius and ruggedized Vigor integrate a 17” display on the suitcase’s side panel, while offering the capabilities of a high-performance single-socket deskside. Both models support maximum-performance CPUs and graphics processing units (GPUs), up to NVIDIA’s top-end dual-slot Quadro P6000. 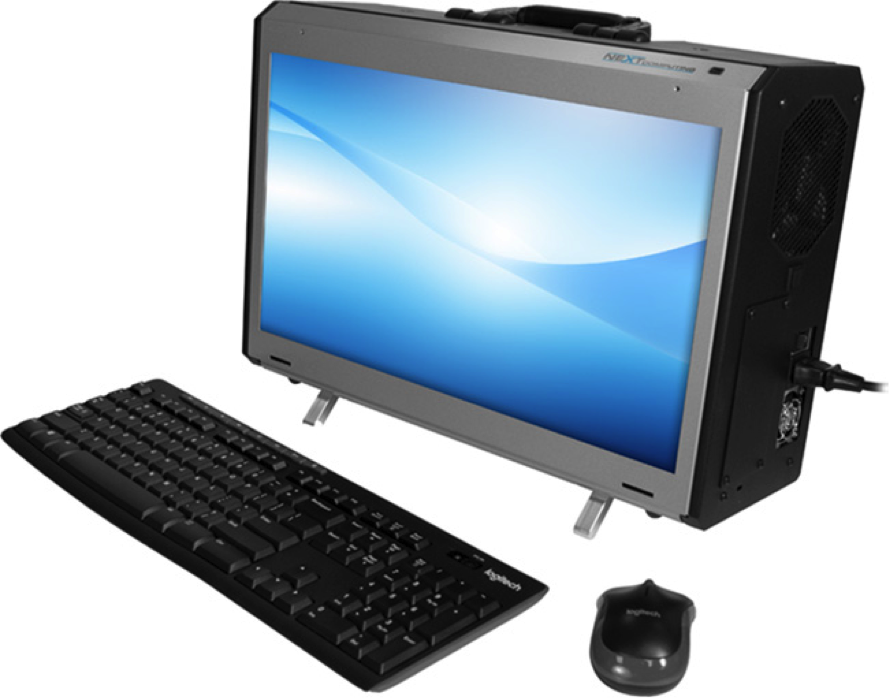 NextComputing’s luggable Radius workstation can be carried like a suitcase. Image courtesy of NextComputing.

Companies like NextComputing and workstations like the luggable illustrate perfectly the adage that wherever there is a niche of customers, there will be a niche of products to serve them. But NextComputing is not the only vendor looking to span the gap between mobile and deskside. Rather than shrinking a deskside into a mobile suitcase, Eurocom goes at it from the other direction, stretching the bounds of a laptop’s size and weight to build the most powerful mobile workstation it can. Rather than build around power-sipping, clock-reduced CPUs, Eurocom essentially packages a desktop workstation CPU at full clock rate (e.g., 4 GHz), complemented by components comparable to an amply configured 1S (single-socket) deskside workstation. Of course, like the luggable, the tradeoff is in the weight and size: At 10+ lbs and around 2" thick, it comes in at twice the weight and size of a typical 15” mobile workstation (and that doesn’t include the power “brick,” which is proportionately heavier and bulkier as well).

Even a Backpack Workstation

Neither the luggable nor an über-mobile like Eurocom’s are winning hearts on the basis of mobility, but rather in the fact that they can deliver deskside-comparable performance in something that is at least reasonably portable. It’s a balance and tradeoff that best serves its niche of users. Striking another balance of portability and functionality is HP’s recently launched Z VR Backpack workstation. As the name suggests, the battery-powered workstation is worn by the user. It targets users looking to achieve the best possible virtual reality (VR) experience; typical applications would be in design and styling in industries like automotive and aerospace. 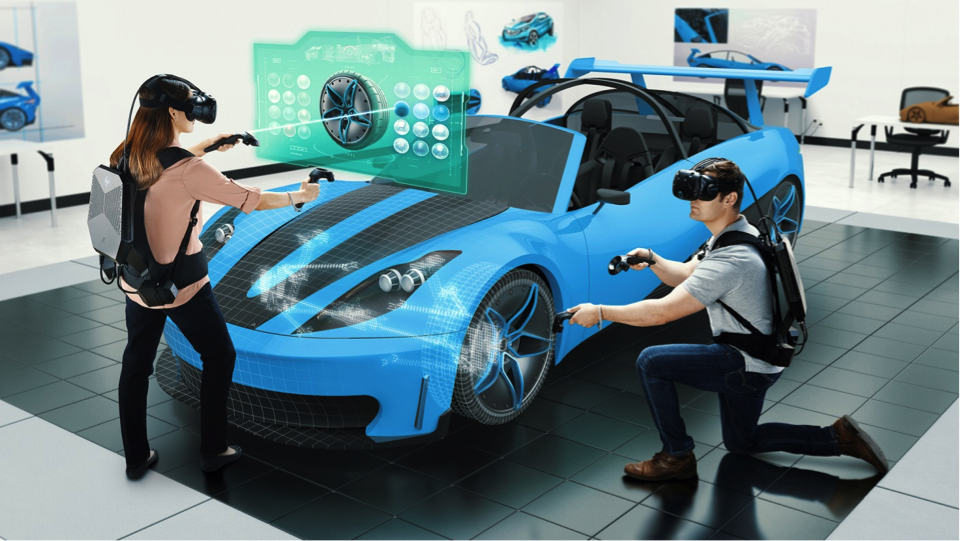 Is this how many will choose to deploy VR in practice? Image courtesy of HP.


A Complement to the Deskside, but for Most, Not a Replacement

When it comes to choosing a mobile machine to accompany the office deskside, the mobile workstation has become the obvious choice. It’s worth emphasizing, however, that its role relative to the deskside in the workstation market is unlike what the consumer/corporate notebook role has become in the mainstream PC marketplace. Long ago, the majority of consumers began adopting notebooks as their one-and-only PCs, effectively replacing a desktop in the home. Ditto for many corporate applications. But the same paradigm does not hold in workstation markets, where mobile workstations are still outsold by desksides by factor of two to one.

That dichotomy makes perfect sense when considering the far heftier workloads CAD professionals run on their hardware. Many corporate and consumer applications place relatively modest demands on their machines (with the most notable exception being PC gaming). As the mainstream laptop has gained performance over time, it was only a matter of time before it would pass a threshold where it could adequately handle those demands. And since most users would prefer the smaller, more mobile form factor, it was only logical to see laptops not only taking a larger share of the mainstream PC market, but in many cases becoming a user’s only PC, replacing the desktop.

Now, with the dramatic performance gains that mobile workstation performance has made over time, a mobile can deliver everything that a minority of low-demand professionals may require — it could realistically make for a sensible deskside replacement. In contrast, the bulk of users/applications will continue to take advantage of every incremental drop of performance they can squeeze from available hardware. In reality, it’s not even that deskside performance today is ideal for all CAD workflows. Far from it; as ISVs and users alike nearly always strive to get more, like higher-fidelity visualizations and deeper, more finely grained simulations. They dial back loads not because they want to, but rather to better fit the capabilities of what today’s machines can deliver. That is, there’s virtually limitless headroom for what CAD ISVs and users can exploit — and turn into measurable productivity and/or job-quality increases — as performance continues to grow, generation to generation. And since, all else equal, desksides can always be designed to deliver more than a mobile, the former should continue to reign supreme. 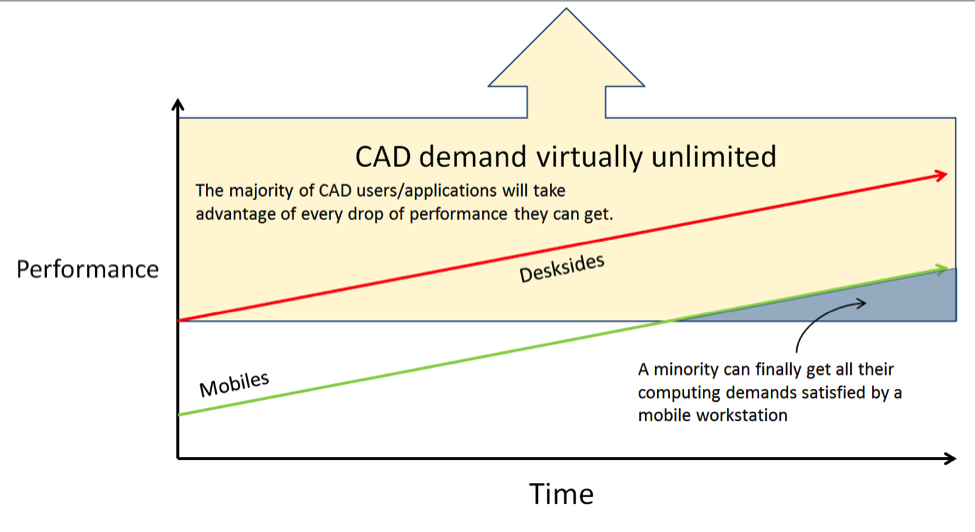 The mobile workstation may serve as the primary machine for a minority, but the deskside’s superior performance remains better equipped to serve CAD’s insatiable demands.

So no, while a minority of professional users might consider a mobile workstation as their one-and-only machine — in extreme cases, perhaps choosing a monster mobile like Eurocom’s, marketed as a desktop replacement — the majority of CAD pros won’t. They’re tackling demanding workflows for the bulk of their time, more often in an office than not, and they need the most productive and reliable machine that can be had for their buying dollar. Today, and for the foreseeable future, that will be a deskside. But as sensible as a deskside can be for the primary machine in the office, the mobile is just as sensible a companion for the road. The fact is, we’re all increasingly working out of the office, and for the same reason — maximizing productivity for hours spent — the mobile workstation is the best tool to fit that complementary role, hands down.