When it comes to high-performance computing, where should the concentration of power reside? The first part of this series retraced the basic history of client/server computing, highlighting many compelling advantages promised by server-based computing (SBC) solutions. With so much going for the technology, one might think these solutions would be commonplace in CAD applications today — but they’re not. Yes, SBC approaches such as virtual desktop infrastructure (VDI) have found broader acceptance in mainstream corporate applications that don’t demand much in the way of complex graphics. But when it comes to serving up the rich 3D CAD content that engineers and designers create and visualize, SBC implementations are essentially nonexistent.

Why is that the case? Part two of this series explained that while the theoretical rewards are truly compelling, the technical limitations of both previous-generation hardware and network service quality — in terms of both latency and bandwidth — made it difficult and/or expensive to deliver in practice. Simply put, SBC solutions either fell short in their performance or disappointed in their versatility.

But dramatic shifts in both technology and usage models over the past decade — in particular, the explosion of visual data — have flipped the script on the old constraints. Today’s “big data” challenges have reignited interest in centralized computing approaches, buoyed by a reordered set of high-priority IT goals — including maximizing security, enabling collaboration, and opening access to computing from any Internet-enabled location.

A new generation of comprehensive hardware solutions are coming to market from the biggest suppliers of conventional workstations and servers. Exploiting fresh silicon technology from suppliers including NVIDIA, AMD, and Teradici, and garnering support from remote-hosting software vendors such as VMware, Citrix, and Microsoft, OEMs including HP, Dell, Fujitsu, and Boxx have all launched server-class products capable of delivering a 3D graphics experience comparable to what CAD users have come to expect from their deskside machines. Workstation-caliber SBC solutions are emerging in two forms: physically hosted remote workstations and virtually hosted workstations, typically deployed with VDI technology.


Physically hosted remote workstations deliver many of the benefits that SBC technologies promise — such as high security and access at any time, from any location — while also offering three advantages no other SBC approach can provide. First, because each client owns all of the components of the host system, including the GPU, the user can rely on the same level of performance he would expect from his familiar deskside workstation. Second, the GPU driver in use is built from the same code base as the GPU’s native client-side driver, meaning that applications that work with the traditional workstation driver should work when running on the host. And third, machines are basically running as they would in a traditional deskside configuration, so supporting software is both simple and less expensive.

Exclusive ownership of hardware represents a double-edged sword, however. For the same reason it can offer reliable and consistent performance — dedicated physical resources — it misses out on a benefit many IT professionals see as particularly appealing in SBC: the ability to better leverage an investment in a single set of hardware resources to serve multiple users.

When a remote workstation user takes a break or checks e-mail, valuable compute cycles go to waste. Enter the SBC approach that today commands the most mindshare, and by a wide margin: virtual desktop infrastructure, or VDI.

With VDI, desktops are hosted virtually, not physically, meaning multiple remote clients can share a host server's resource while experiencing the same computing experience as if they were running on their own private desktop. It's not the operating system (OS) but a hypervisor that runs on the hardware (typically, in what's commonly referred to as a Type 1 hypervisor), with multiple instances of the client OS on top. Each instance of the OS, in combination with a client's specific applications, composes a virtual machine (VM). A server can host multiple VMs supporting multiple remote client desktops. 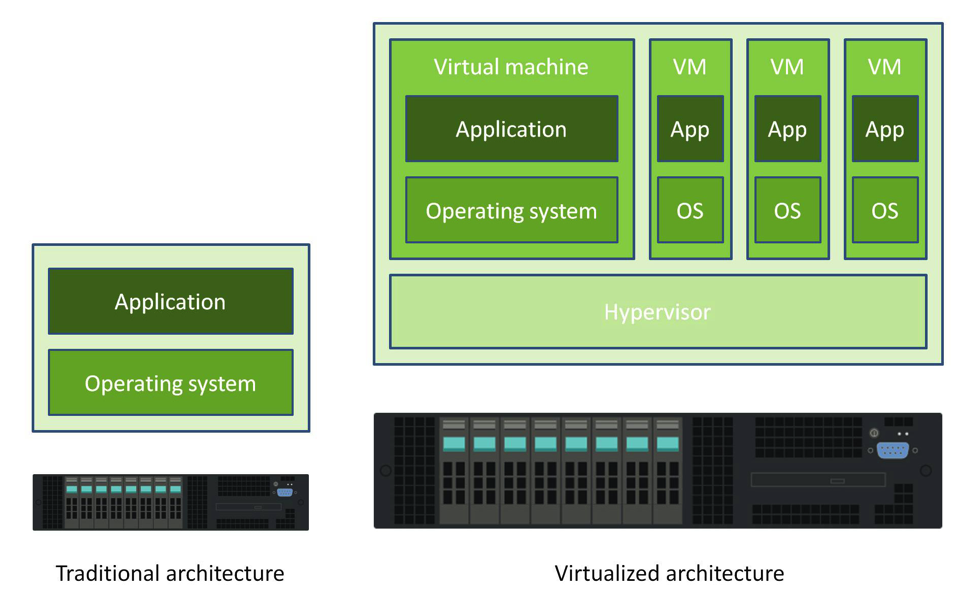