Do You Have the Power? Part 1

Herrera on Hardware: The best processors in the world won't do you any good if your workstation's power supply isn't up to the task.


Let's be honest — when discussing important hardware technologies for today's demanding CAD workflows, the power supply unit (PSU) isn't going to be the first topic to come to mind. The PSU is just as critical, however, as any other component in your hardware quiver. One could even argue it's the most critical, because if your PSU isn't capable enough, it can render all your other system configuration choices moot: When outfitting a new workstation, there's no point in eyeing some high-performance CPU or GPU (graphics processing unit) if it can't be fed with the watts it needs to run.

Determining how much power a workstation needs doesn't have to be complicated — just add up the power demands from all the individual components in your system and you're good to go, right? That's correct, for the most part, although that doesn't mean it's a trivial exercise. Since the vendor doesn't know exactly how busy the user will keep the workstation's internal components, when it comes to power distribution and thermal considerations, it has to assume the worst-case scenario. For example, the highest-performing of Intel's Xeon E5-2600 v3 series processors demand a power budget of 150 watts or more. If you put two of them on a hard-core workstation motherboard and mate it to a couple of higher-end workstation graphics cards, that system can exceed 700 watts — even before accounting for the rest of a system's required components.

Storage and memory represent more modest demands, though they are still significant power consumers. Then consider that the PSU itself is a substantial consumer of power, using (or better put, wasting) tens to even hundreds of watts. (Read more on PSU efficiency in the next installment of this series.) And finally, the power demands from smaller, amp-sipping components, such as USB ports, can add up as well.

As a practical example, Dell shared a few metrics on power consumption taken from the company's high-volume Precision 5810 Tower workstation. Dell itemized the power contributions per major hardware component for two different Precision 5810 Tower builds: one that's typical of an entry-class configuration, and one that's midrange in price and performance (though neither configuration is minimalist). The total maximum power demand is 322 and 424 watts, respectively. More revealing, the charts provide insight into how and where the power is typically being consumed in mainstream deskside workstations. 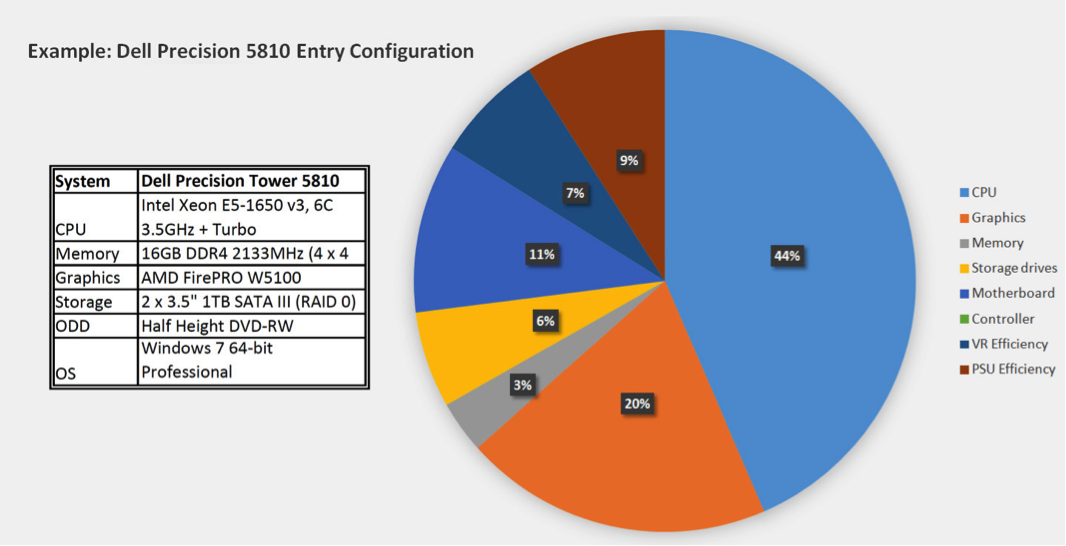 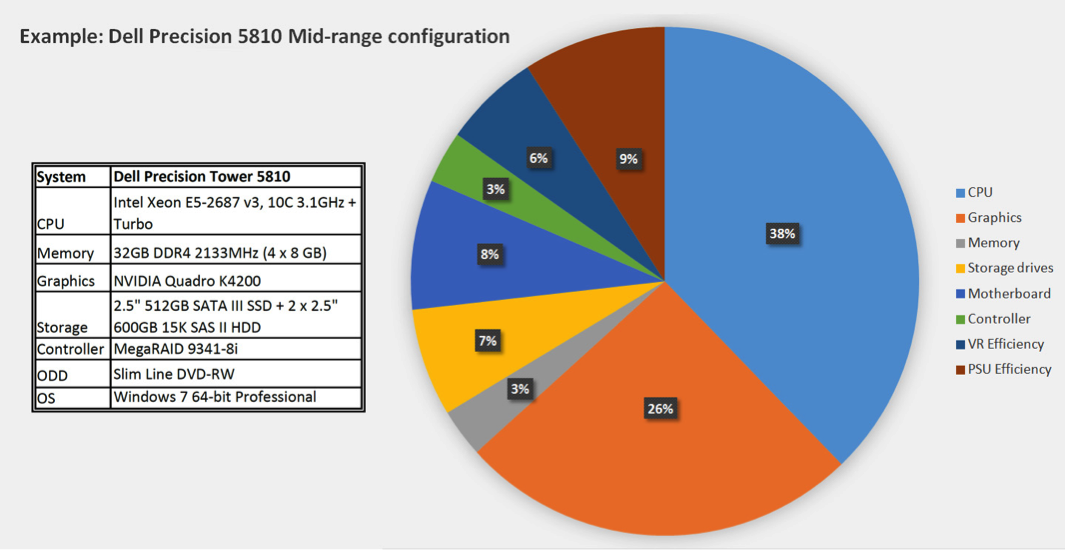 
With the combined contributions of all those individual components, ensuring that the PSU can deliver the needed watts under all envisioned configurations and uses isn't trivial. Fortunately, all capable workstation vendors will ensure that any machine you purchase will contain a PSU capable of reliably powering whatever configuration you've selected. That will mean anything from a PSU rated for a few hundred watts to one that can deliver more than a kilowatt, depending on the configuration.