Now that you've determined how time savings can pay for the cost of new workstations, take a look at configurations suited to various workloads.


In the previous edition of the CAD Manager’s Newsletter, we made the case that suffering along with outdated computers actually costs money (due to wasted employee time) and that new workstations can pay for themselves. (If you’ve not had a chance to read through Part 1, you should do so now so you’ll have the proper context.)

Let’s take a few moments to acquaint ourselves with the latest in component technology, so we can know how to configure workstations for various computing scenarios. We’ll start with the processor, then dive into each piece of supporting technology.

Processors: The heart of the workstation is its processor. And since the processor is the only component in the workstation that can’t be updated down the line, it pays to get the highest-performance processor you can afford. The latest Intel i7 and Xeon processors range from 4-core units (fine for most general 2D/3D CAD applications) to 28-core monsters that can tackle high-end analysis or video workflows. For most CAD users, the processor frequency (base speed) and boosted frequency (Turbo Boost speed) are of primary concern, since faster speed means faster CAD. With base frequencies now hovering around 4 GHz and boosted frequencies approaching 4.5 GHz, the speed of the latest Skylake technology processors is worth it even if you have to spend more.

Recommendation: Buy the fastest processor you can afford!

Memory: To support the processor, you need plenty of fast random-access memory (RAM). The latest Intel processors support anywhere from 8 to 256 GB of DDR4 RAM, running at frequencies from 2,133 to 2,666 MT/s. These amounts and speeds far exceed consumer-level RAM availability, and are in large measure why workstation processors can perform better than nonprofessional computers.

Recommendation: Buy the fastest RAM your processor will support, and be sure to fill all memory slots with the same type and size of RAM. 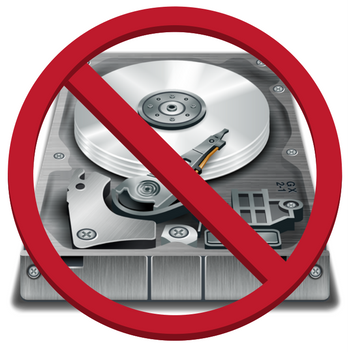 Solid-state drives (SSDs): CAD models are large, and they must be loaded from a disk before your processor and RAM can do anything. They must also be saved back to that disk frequently. The trusty old mechanical hard drives we’ve all used in the past simply pale in comparison to available SSD technologies. Just how much faster are SSDs? Well, consider that the most modern NVMe technology SSD drives operate at about 14x the speed of the fastest hard drives, and even old SATA technology SSD drives yield a 4x improvement. Simply put, you’re wasting money on a fast processor and lots of RAM if you continue using old-style hard drives that create bottlenecks.

Recommendation: Do not buy a new workstation without an SSD.

Graphics: With visualization becoming more important for animation, rendering, and virtual reality, certified graphics processors are becoming more desirable. From a 2-GB model on the low end of the spectrum to multiple 24-GB units on the high end, the graphics processor should be selected based on the number of monitors, monitor resolution, and graphics frame rate your software applications call for.

Recommendation: You can start at the lower end of the cost spectrum to economize, and upgrade later if needed.

Now that we know more about the technology in a workstation, let’s consider some basic configurations for typical workflows. We’ll start out with a basic setup and move up from there.

This combination will give good processing speed, adequate RAM, and a low-cost SSD and graphics processor. This workstation will power through 2D and basic 3D work without breaking the bank, and should serve you well for at least three years.

This combination will give protection against obsolescence by adding two more cores, and better performance than the first configuration thanks to more RAM and a much faster SSD. Adding a higher-end graphics processor (such as more video memory, support for more monitors, or faster frame rates) will allow for better rendering and real-time visualization support while working in 3D software.

This combination will give high performance for multiple concurrent software tasks by spreading processing over more cores. More RAM and more SSD storage will keep the higher number of cores well fed, while the higher-end graphics processor can power through high-resolution shaded images typically conveyed via analytical and rendering software products (base your selection on software recommendations).

Of course, as workstation specifications increase, so do costs, but the amount of time you can save your users should justify the expenditure. (If you haven’t had a chance to compute a workstation ROI [return on investment], please read through Part 1 of this series for some sample calculations.)

In all cases, simply use the ROI calculations to determine how quickly a new workstation can pay for itself given the amount of wasted time your users experience. Use the recommended workstation configurations above as a starting point, and start pitching your boss on how new workstations can save you money. It really is that simple.

I hope this two-part exploration of workstation spending has helped you understand the false economy of using old computers, and showed you how to justify modern new workstations. As the CAD manager, it’s up to you to make the argument — and now you can do so using solid financial metrics. Until next time.