HP’s New Notebooks and Workstations Are Designed for Mobility

HP positions its EliteBook series as the premier commercial line. As such, the company put extra delightful touches into the product line, as well as state-of-the-art components. Targeting the modern workforce (read: millennials), the company says these professionals work in a wide variety of places, not just the office: 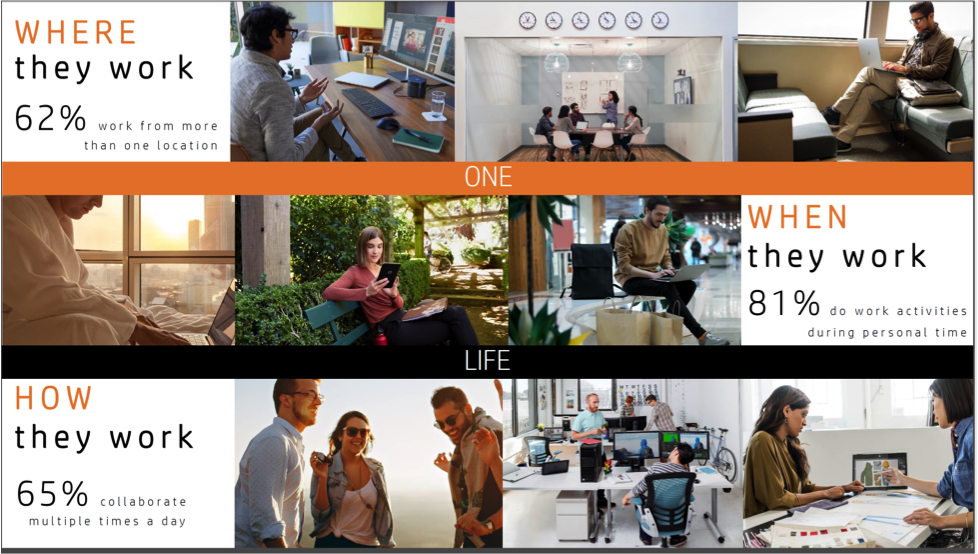 The modern workforce works in various places outside the office, and often outside of “work hours.”

Premium devices are not standard issue in the workplace, and design is a significant decision-making criterion for millennials. In fact, according to proprietary research conducted by HP in 2015, the company found that 52% of millennials felt design was important when choosing a PC. (Apple, of course, figured that ten years ago when it introduced the Air.) Nonetheless, with those factors as design drivers for HP, the company came out with what it describes as a sleek design that a millennial would be proud carry to carry around.


HP claims the EliteBook 800 G5 series comprises the first business notebooks with an ultra-bright 400-nit display that can automatically adapt to changing ambient light conditions (as an optional feature). The environmental adaptation is accomplished using an extra camera the company has added to the Elite series; the new camera can also be used for security and conferencing. If you don’t want the ambient light sensor, you can order the notebook with a 700-nit display. The screen itself is an anti-glare IPS panel with LED backlight, a very narrow border, and a layer of damage-resistant Gorilla Glass.

The broad range of processor choices includes the following: