Two workstation Ultrabooks lead the lineup of offerings for professionals in AEC, manufacturing, and entertainment.


HP started the year off with a bang this week, introducing mobile and virtual workstations as well as flat, curved, and virtual reality displays. The long list of new offerings starts with two workstation Ultrabooks. (A term coined by Intel, "Ultrabook" refers to a class of mobile computers that lies somewhere between laptops and tablets. They are slimmer than laptops, and typically sacrifice components such as optical drives to squeeze into that smaller, lighter chassis.) The HP ZBook 14 and 15u are billed as the thinnest and lightest of their kind; they measure 0.83" and 0.84" thick, respectively, and have starting weights of 3.77 and 4.23 pounds. The mobile workstations are independent software vendor (ISV)-certified to support various applications from Autodesk, Dassault Systèmes, Siemens, and other developers.

Josh Peterson, director of worldwide product management for HP's Desktop and Mobile Workstation business, explained during a press briefing that these models are best suited as companions to tower workstations, or as primary workstations for less-demanding users such as executives.

The HP ZBook 14 (left) and 15u are expected to be available worldwide beginning this month; estimated U.S. pricing starts at $1,249 and $1,199, respectively. Image courtesy of HP.

HP also announced the latest generation of its DL380z virtual workstation. The ninth-generation model offers more power and integrated I/O options than its predecessor, the company reports, as well as an enhanced chassis with more expandability than the previous generation.

Although it provides flexibility to accommodate fluctuating employee numbers, Peterson explained that the biggest reason for customers to adopt a virtualization solution is data security. With centralized data management, only encrypted pixel data — not the sensitive data itself — is transmitted over a local- or wide-area network. Virtualization can also simplify IT management, Peterson added: "It's very easy to keep things up and running in the datacenter."

Jeff Wood, vice-president of worldwide product management for HP, noted that virtualization has only accounted for 1–2% of the market until now, with graphics capability limitations preventing wider adoption. With that stumbling block resolved, he explained, HP expects more companies coming on board with virtualization solutions.

The DL380z is available now and features:

Keeping an Eye on Display Trends

On the display front, HP introduced virtual reality, 4K and 5K ultrahigh-definition (UHD), and curved options. Displays are an important focus for the company; Wood noted that HP sells "at minimum" one display per HP workstation.

Virtual reality. The interactive, 23.6" HP Zvr display enables users to perceive 3D images as if they were tangible objects. It's powered by zSpace technology, in which users manipulate a button-equipped stylus to interact with their models. 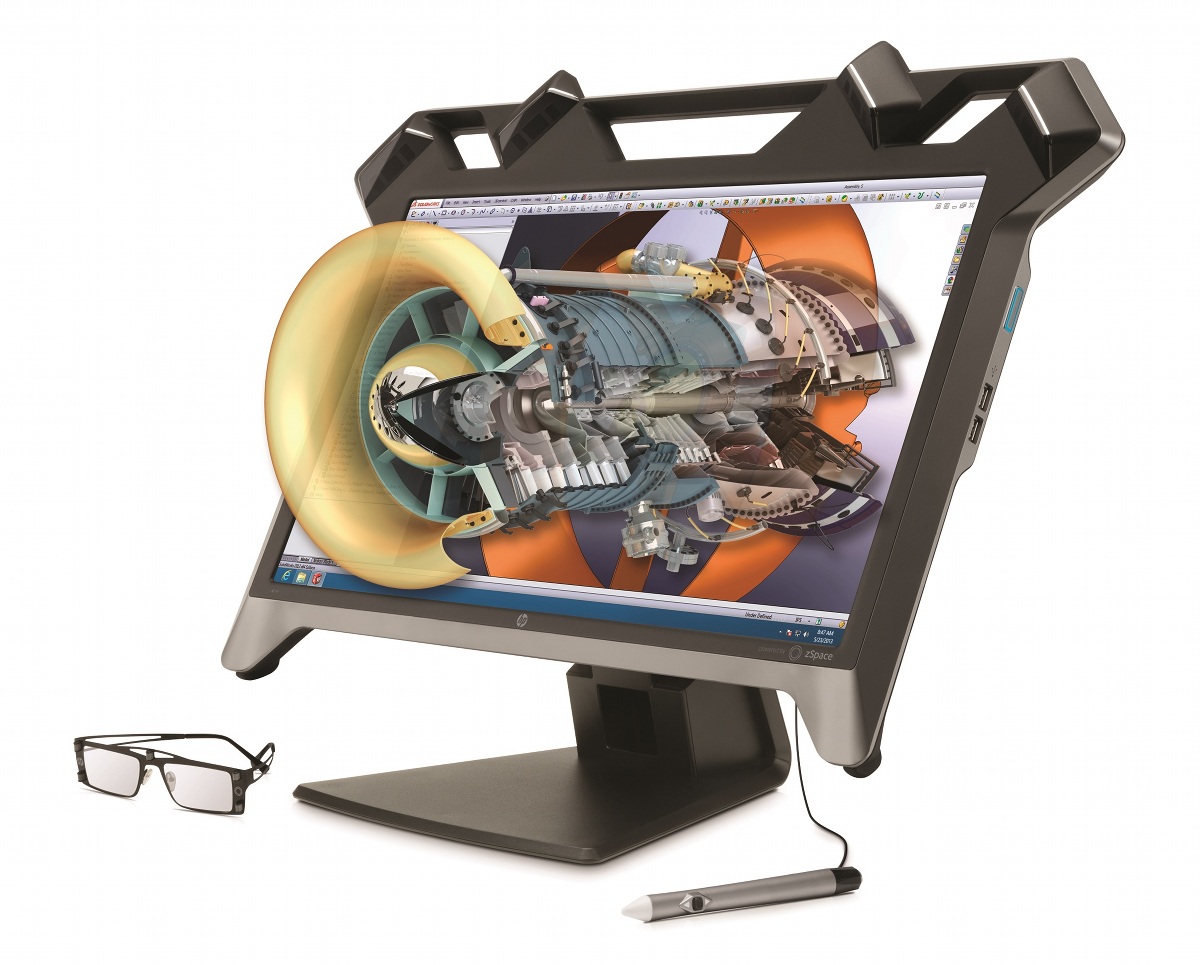 
For collaborative workflows, the optional HP zView solution allows real-time sharing of 3D models to a 2D display. The display incorporates dual-link DVI or DisplayPort connections. Pricing has not been announced for the Zvr, which is expected to be available this spring.