Two workstation Ultrabooks lead the lineup of offerings for professionals in AEC, manufacturing, and entertainment.


UHD. The HP Z27s and Z24s 4K displays, as well as the Z27q 5K display, are designed to increase productivity by increasing the visual workspace available to the user. With DisplayPort, DVI, HDMI, Mini-DP, MHL, and USB 3.0 connections, these models can also connect to multiple devices at one time. Anne Lai, director of HP's commercial displays business unit, noted that with some solutions on the market, connectivity hasn't been perfect. "We wanted to make sure the technology was ready," she said.

The Z27s measures 27" diagonally; the Z24s measures 23.8". Both have a resolution of 3840 x 2160. An included four-way stand enables users to switch between landscape and portrait modes. The Z27s and Z24s are expected to be available worldwide beginning in January and April, respectively. Estimated U.S. pricing starts at $749 and $549 — what Lai called "a realistic price point."

The Z27q is expected to become available in March, at an estimated U.S. price of $1,299 — "a much more affordable price point" than options currently on the market, which are typically above the $2,000 mark, said Lai.

The Z34c and ENVY 34c 3000r measure 34" diagonally and feature a wide 21:9 aspect ratio. They support a 3440 x 1440 resolution with 98% sRGB. They offer picture-in-picture and picture-by-picture capabilities, so users can view device and PC feeds at the same time. The Z34c and HP ENVY 34c are expected to be available worldwide beginning in April at an estimated U.S. price of $999 each. 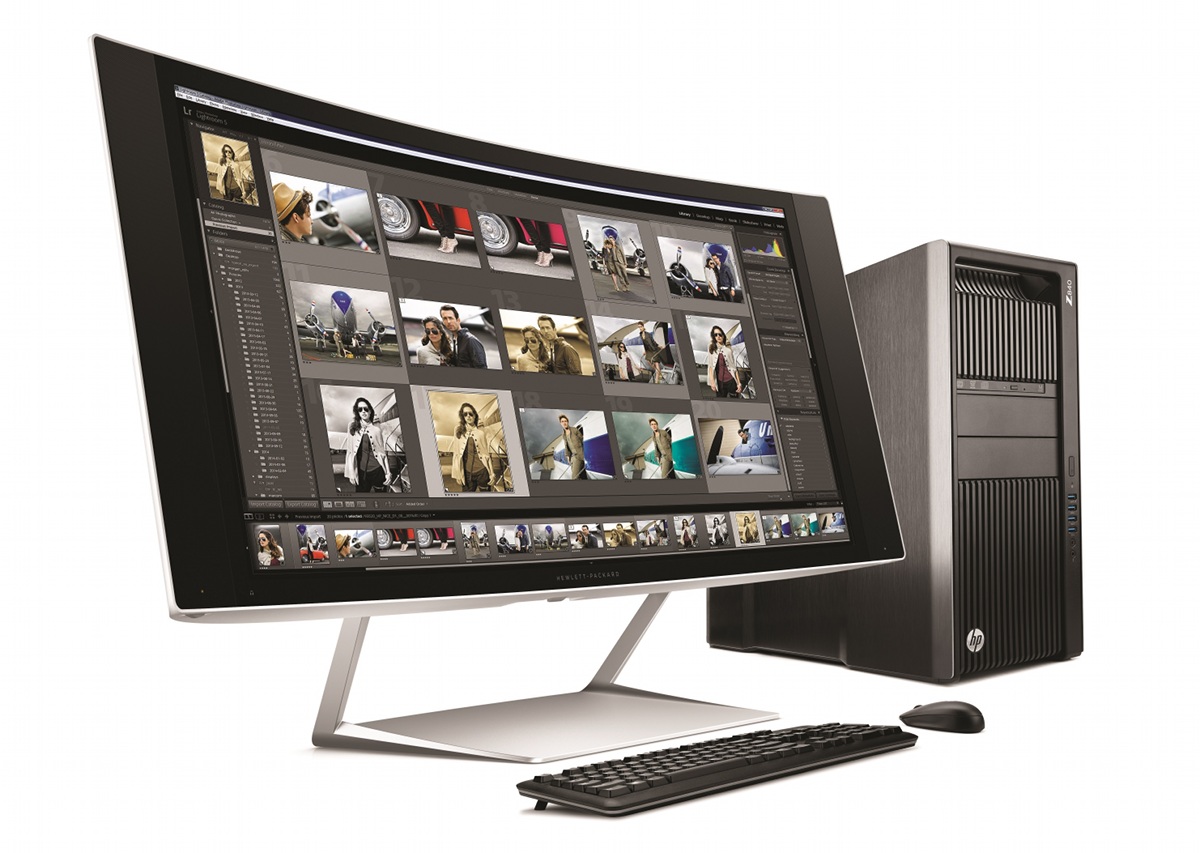 The Z34c is slightly concave, making it more comfortable for users to view images and read text at the edges of the wide screen. Image courtesy of HP.