Last fall, Lenovo tossed out its deskside model series and introduced a single, unified, and completely redesigned Thinkstation P-series. In the process, the company served notice to the market that it is a strong contender for the hearts and minds of CAD professionals.

Cadalyst got its first chance to sample the fruits of Lenovo's product line overhaul with a review of the ThinkStation P500. While the ThinkStation P500 starts out at $1,550, the unit we received was more robustly outfitted for CAD — most notably in memory size, storage speed, and graphics processing unit (GPU) performance — resulting in a price tag of $3,174. 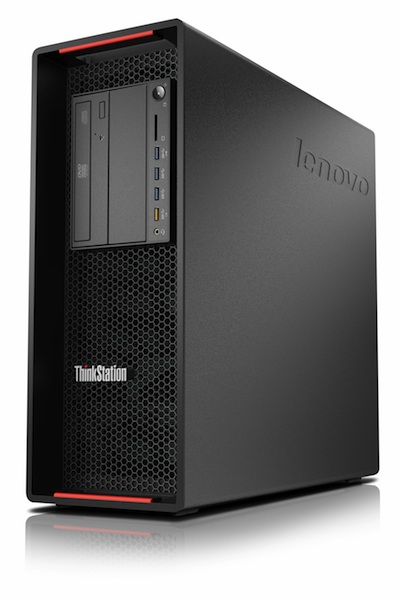 Lenovo's P500 came outfitted with 16 GB of 2,133-MHz DDR4 memory with error-correcting code (ECC) support — a sizable figure, though still a far cry from the system's maximum supported 256 GB. ECC provides users additional peace of mind that single-bit errors will be corrected before they can contribute to incorrect calculations or cause a system-crashing fault.

With the substantial size of its tower (6.9” x 18.5” x 17.3”), the ThinkStation P500 offers room to expand. In addition to additional memory, key upgrades to our test unit came in the form of NVIDIA's Quadro K4200 GPU (with 4 GB of video memory, adding about $1,050 to the starting price) and a solid-state drive (SSD) for fast storage access. The P500 can take more in the way of configurable hardware, with seven add-in card slots (one of which was occupied in our machine by the K4200). Its creative FlexBay technology enables optimal use of available space, power, and airflow, for example, allowing up to 11 total storage devices. Our P500's storage subsystem consisted of a 256-GB SATA solid-state drive (SSD) housing the operating system and applications, complemented by a more conventional 1-TB, 7,200 RPM SATA hard disk drive (HDD), intended for data storage.